With the closing of the East-West sector boundary in Berlin, the vast majority of East Germans could no longer travel or emigrate to West Germany. Many families were split, while East Berliners employed in the West were cut off from their jobs. Children, who had gone to school on the other side, found their way back suddenly blocked and unable to reunite with their families. 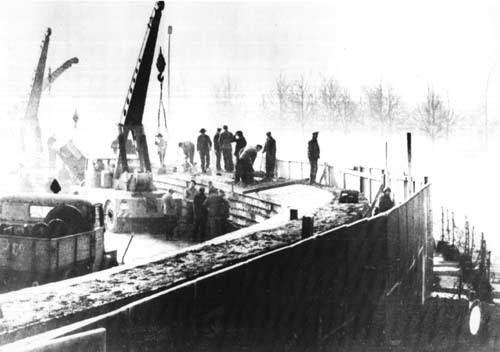 The hotel is full, mainly with Iranians from America who have come here to see their families. They cannot go back to Teheran because they will be arrested if they do. But here in Dubai they can meet their families. It is a happy atmosphere of children reuniting with elderly parents, whom they have not seen for a long time.

Suddenly, the happiness turns to chaos, to panic and fear. The news spreads that the door has been closed behind them. They are not allowed to return back to the country they have called their home for many years, where they have their jobs, a family of their own. Unable to go back and unable to return to the country of their ancestors, they are stuck in this much-too-expensive world of skyscrapers and luxury.