Australia is home to the oldest human civilisation on Earth, although we don’t often enough acknowledge that privilege. I follow an Indigenous rights page on the ol’ Facebook and some interesting articles turned up recently about the value of oral tradition in Indigenous culture and how it has preserved historic stories for thousands of years.

Around 4,700 years ago, a large nickel-iron meteoroid came blazing across the Central Australian sky. It broke apart before striking the ground 145km south of what is now Alice Springs.
Today, we call this place the Henbury Meteorites Conservation Reserve. 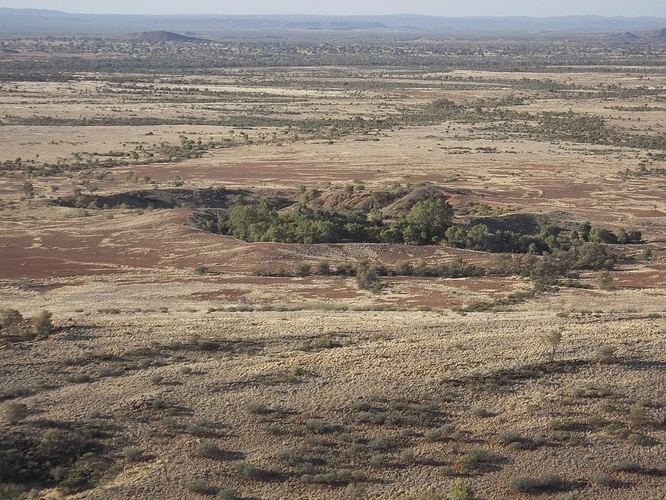 Aboriginal people have inhabited the region for tens-of-thousands of years, and it’s almost certain they witnessed this dramatic event. But did an oral record of this event survive to modern times?

When scientists first visited Henbury in 1931, they brought with them an Aboriginal guide. When they ventured near the site, the guide would go no further.

He said his people were forbidden from going near the craters, as that was where the fire-devil ran down from the sun and set the land ablaze, killing people and forming the giant holes.

They were also forbidden from collecting water that pooled in the craters, as they feared the fire-devil would fill them with a piece of iron.

And “The Memory Code” talks about how Indigenous cultures integrated both created landmarks and parts of the natural landscape (including star maps) as tools for memory, which allowed them to remember large numbers of stories accurately over long periods of time.

Of course, few societies would forget fire raining down from the sky unannounced in a hurry, but no doubt the physical presence of the craters, combined with the oral tradition and what we might call ‘superstitious belief’ preserved the account of this meteorite landing for 4,700 years.

Another story records an account of rising sea levels in the Great Barrier Reef.

In the beginning, as far back as we remember, our home islands were not islands at all as they are today. They were part of a peninsula that jutted out from the mainland and we roamed freely throughout the land without having to get in a boat like we do today. Then Garnguur, the seagull woman, took her raft and dragged it back and forth across the neck of the peninsula letting the sea pour in and making our homes into islands.

Aboriginal cultures from around Australia have accounts of rising sea levels, which scientists now believe to have occurred around 6,000 years ago in some places to up to 13,000 years ago in others.

I think this is a fascinating example of how oral traditions and cultural stories that we might find ‘folksy’ or superstitious help retain memories of actual events that occurred thousands of years ago.

Thanks for posting this @Cara. Very interesting!

Thanks so much, this is amazing.

I remember being at a talk some years ago when the same idea was brought up. The story there was given of a river. It was told about in Aboriginal stories, yet it didn’t exist. But many years later, the scientists discovered that there had indeed been a river in that place, which had dried up thousands of years ago.