Indra's net and the amplituhedron

Having said which, holy crap. 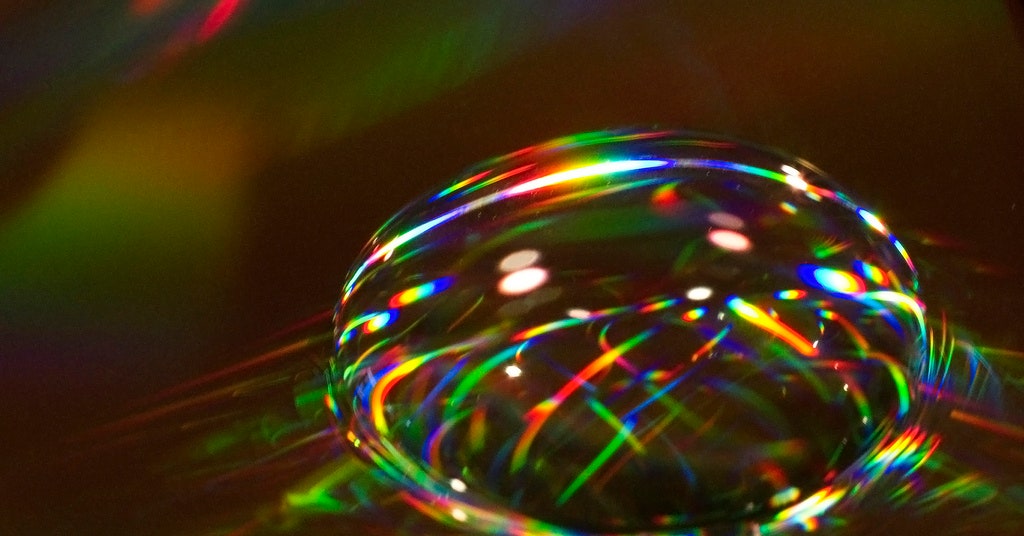 Scientists Discover a Jewel at the Heart of Quantum Physics

Physicists have discovered a jewel-shaped geometric object that challenges the notion that space, time and particles are fundamental constituents of nature.

There’s a new theory emerging in quantum mechanics that postulates complex geometric forms called amplituhedrons, which look “like an intricate, multifaceted jewel in higher dimensions”. These sit at the heart of all quantum phenomena, and explain with huge mathematical economy the emergence of higher order properties that appear to us as “particles” and so on.

Crucially, they violate locality, which in a metaphorical sense means they can be said to interpenetrate and reflect each other.

Sound familiar? It should. Indra’s net is a set of metaphors developed in Mahayana sutras to illustrate interdependence and emptiness. (Despite being attributed to the Avatamsaka Sutra, the exact origins of this idea seem to be unclear.) As described in an article on about.com:

In the realm of the god Indra is a vast net that stretches infinitely in all directions. In each “eye” of the net is a single brilliant, perfect jewel. Each jewel also reflects every other jewel, infinite in number, and each of the reflected images of the jewels bears the image of all the other jewels – infinity to infinity. Whatever effects one jewel effects them all.

The metaphor illustrates the interpenetration of all phenomena. Everything contains everything else. At the same time, each individual thing is not hindered by or confused with all the other individual things.

What does this all mean? I don’t know. But it sure is a striking resemblance.

The new geometric version of quantum field theory could also facilitate the search for a theory of quantum gravity that would seamlessly connect the large- and small-scale pictures of the universe. Attempts thus far to incorporate gravity into the laws of physics at the quantum scale have run up against nonsensical infinities and deep paradoxes.

I was going to do my PhD on this 16 years ago in Melbourne. But lack of funding and no interest from corporations meant we could not go ahead with the research. Indeed, super-string and M-theory just did not give satisfactory explanations of all observed phenomena and we were very much in the dark how to incorporate gravity into the mix.
Although amplituhedron theory is a great step forward, it still remains very much in the field of … well … theory. It is a mathematical object, that enables simplified calculation of particle interactions in some quantum field theories. But it is not the answer yet. It is just a way of writing the same complex stuff in a much easier to handle form.
So I’m not sure how well you can compare that with Indra’s net … goes a bit too far for me.

Huh, I didn’t know that. I’ve always been a fan of Lee Smolin: of course I don’t really understand the science, but his approach seemed to make more sense.

Huh, I didn’t know that.

I don’t have to tell you everything

I must admit I have not kept up my field in either this or geophysics since then, having become far more interested in meditation. So I don’t really know how far they are now. M-theory seemed to explain gravity for a large part using an 11-dimensional universe at the time … but there were also problems with it: it could not explain all observed phenomena. All I know is that everything that I have seen since then was just more attempts to explain things in theory without any empirical evidence, all of which only seemed to explain part of the whole picture.

I’m guessing that the lack of advanced degrees in theoretical physics twenty-five hundred years ago would explain Lord Buddha’s unwillingness to teach certain aspects of reality! Very interesting article, which begs the question, if conventional reality can be quantified as a mathematical equation, will the Dhamma still be necessary for enlightenment, or will the solving of the equation completely alter the universe and all life therein to the point where enlightenment is rendered moot? This question aside, these correlations between science and the Dhamma DO inspire, in me, such confidence in the Buddha’s teachings! It’s like proof, not that I need any more, that he was THE unsurpassed knower of the world!I think I’ll go and meditate some more!

if conventional reality can be quantified as a mathematical equation, will the Dhamma still be necessary for enlightenment

Nibbana is unconditioned hence not possible to explain in conventional terms.
Mathematical equations are also a part of the net of views.

However I believe that Kamma and Rebirth may be explained by mathematical equations.

But mathematics is used to describe/measure reality, so that reality may be fully understood, and we should all know that the result of full understanding is enlightenment. I don’t think we really can separate areas of study so distinctly, after all, all things are interrelated, just as Indra’s net and now, the amplituhedron. In general, new mathematical models, one discovered, are soon put to use, at least technologically, if not spiritually. It’s not just used to study and explain. If that were true, we would not have atomic weapons, microwave ovens, or toothpaste in a tube.