The International Network of Engaged Buddhists (INEB) and the Clear View Project on Tuesday launched an international appeal, calling for urgent humanitarian relief for Buddhist monks and nuns living in Myanmar in the shadow of the military junta, which seized control of the nation in February.

“The International Network of Engaged Buddhists and the US-based Clear View Project* are coordinating an urgent appeal to raise funds to support the humanitarian emergency in Myanmar that focuses on Buddhist monks and nuns,” INEB said in a message shared with Buddhistdoor Global. “Nearly three months ago, on 1 February, the Myanmar military staged what they considered would be a ‘quick coup’ in which democratically elected members of government, including President U Win Myint and State Counsellor Daw Aung San Suu Kyi, were detained. Since that time, the country has been in turmoil with the people responding by taking a civil disobedience movement to cities and villages across Myanmar.” 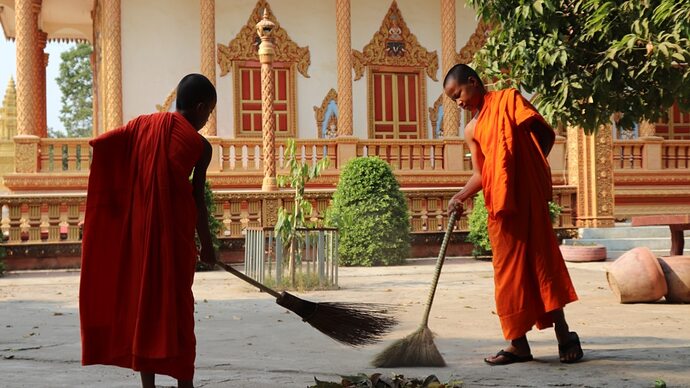 While the population struggles to sustain an income amidst the coronavirus pandemic and many Cambodians are worried about feeding their own families, monks in Cambodia are left behind as not enough donations come in.