Is it appropriate for Buddhist to use a flag?

I think it is inappropriate for the Buddhist to use a flag.
It appears to me that using a flag is not in line with Dhamma.

"This, monks, is called a monk whose cross-bar is thrown off, [10] whose moat is filled in, whose pillar is pulled out, whose bolt is withdrawn, a noble one with banner lowered, burden placed down, unfettered.>

I haven’t seen that thing in years. The orange ‘L’ stands for ‘Ludicrous’, if I recall correctly.

What is E stand for?

I haven’t seen that thing in years.

The only great thing about this flag is you can spot a Sri Lankan Buddhist temple instantly.

It appears to me that using a flag is not in line with Dhamma.

Applying the same reasoning, Buddhists should not use pillars in their buildings nor use bolts - not to mention moats.

It’s the Romanian flag :D:D:D Buddhist probably use it because they support our football team.

this is an example of allegory, isn’t it?:

Writers or speakers typically use allegories as literary devices or as rhetorical devices that convey (semi-)hidden meanings through symbolic figures, actions, imagery, or events, which together create the moral, spiritual, or political meaning the author wishes to convey.[2]

this is an example of allegory, isn’t it?:

Can you give bit more details?

I think that is funny / amusing. Humorous because it seems “obvious” to me that the EBT passage should be interpreted as using metaphors or analogies. But behind the question of the OP are assumptions about how Buddhists interpret and understand the literature that is the EBT (early Buddhists Texts). Which is a serious question and merits attention. If only because to get along in a sanga we ought to understand the common ways passages are interpreted and understood.

So the joke is “at the expense of the OP” as we might say; laughing at the OP.

The problem of ideas that seem obvious is that the seemingly obviousness tends to render us oblivious.

The goal regarding TV and news: 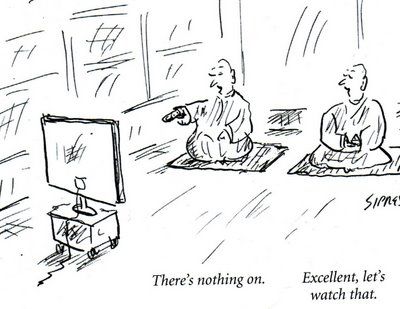 The Buddhist flag is a flag designed in the late 19th century to symbolize and universally represent Buddhism. It is used by Buddhists throughout the world. The flag was originally designed in 1885 by the Colombo Committee, in Colombo, Sri Lanka. The committee consisted of Ven. Hikkaduwe Sri Sumangala Thera (chairman), Ven. Migettuwatte Gunananda Thera, Don Carolis Hewavitharana (father of Anagarika Dharmapala), Andiris Perera Dharmagunawardhana (maternal grandfather of Anagarika Dharmapala), C...

The Thai consider the Sri Lankan Buddhist flag to be ugly (ไม่สวย) with preference to their own. 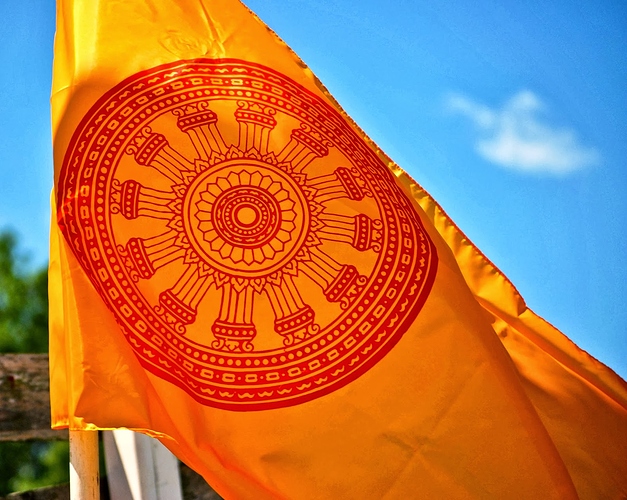 has the design a name? i am curious as to the symbolism within.

sigh. Thank you for that information.

Thank you, best wishes for practice leading to liberation for us all.