I’ve always associated Namaste as a Hindu term and am wondering who actually uses it in other countries. Here is the United States I hear this term a lot in “spiritual” circles; like if one goes to a yoga exercise class or quotes something from an Eastern tradition. It’s often used as a salutation at the end of a post. In my mind I always thought of it as something that people think is a common thing but it really isn’t. I’ve heard some people claim that it’s not actually used in Eastern countries and others say they grew up with it. I’m curious to know if I’m unfairly biased about it, that it’s quite normal and accepted abroad or if it’s just a fad. Does anyone have any experience with this?

Well, it’s an Indic term, not really used outside of India and yoga studios. In new-agey yoga classes, they say it means something like “the divine light in me bows to the divine light in you”, how they derived that jumble — I have no idea. As far as I understand, it literally means something like “respek” and is just used as “hello” in India (though this might be a more formal greeting, especially the full “namaskar” with palms joined in añjali). Traditional Buddhists chant “namo tassa bhagavato…”, the namo is a grammatical form of namas- as in namaste, “homage (‘respectful salute’ towards a past figure) to the Blessed One” comparing to the present tense “respectful salute” (namas-) to you (te).

Some Indic terms have made it into the Indo-Chinese lands of Southeast Asia. I’ve heard an etymology of the formal Thai greeting “Sawad dee…” may be derived from the Indic “svasti” (as in the swastika of National Socialist fame, although the term has a much more positive connotation in the Indian context) meaning something like “good luck/fortune to you”.

Yes, despite being an East Asian (as oppposed to Indo-European) language Thai has a lot of loan words from Pali and Sanskrit (and an alphabet). But no “namaste”…

As far as I understand, it literally means something like “respek” and is just used as “hello” in India (though this might be a more formal greeting, especially the full “namaskar” with palms joined in añjali).

So is that more theoretical or is it commonly used?

Well, it’s an Indic term, not really used outside of India and yoga studios.

And wineries in the United States: 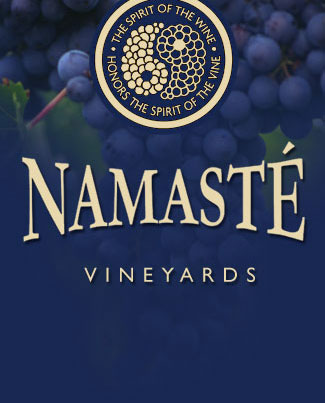 I’ve always suspected that it’s more of a esoteric sounding thing, but wasn’t sure. I think of these things as “getting the gear”. Some people put Buddha statues in their yards, play sitar music, burn incense, say Namaste and meditate 10 minutes a week. My wish is that in those 10 minutes that they will discover something that leads them to the dhamma, to happiness, ease, joy and peace! 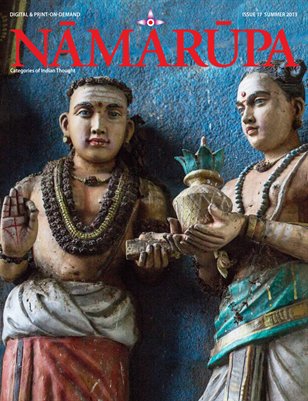 The Thais have the equivalent of namaskar, which is namassakan (นมัสการ), and is used mostly when greeting monks or spiritual teachers.

Hmm, thank’s! The greeting I usually hear for monastics seems to drop or minimise the “nana” part and comes out as “assakan”. Useful to know the connection.

Interesting, I have always heard and used the full one, namassakan. Are you in Bangkok or central Thailand?

I may be just mishearing the people at my local Wat. I’ll enquire in detail…