Is the knowledge obtained at stream-entry inferential or direct knowledge?

In the sutta Grounds fo Knowledge, it is said:

“When, bhikkhus, a noble disciple has purified and cleansed these two kinds of knowledge—knowledge of the principle and knowledge of entailment—he is then called a noble disciple who is accomplished in view, accomplished in vision, who has arrived at this true Dhamma, who sees this true Dhamma, who possesses a trainee’s knowledge, a trainee’s true knowledge, who has entered the stream of the Dhamma, a noble one with penetrative wisdom, one who stands squarely before the door to the Deathless.”

When I started rock climbing, I inferred that I could trust the rope–it’s physics, right? Yet I had doubts. Eventually I got so frustrated with my doubts that I went to Yosemite, walked into the tunnel and out onto a cliff. I tied the rope to the balcony rail, said goodbye to my life and then I jumped off with hundreds of feet of air beneath me. After that I directly trusted the rope. I also discovered that I could ascend the rope back up to the railing.

SN55.23:3.4: It’s when a noble disciple has experiential confidence in the Buddha …

I’m not sure that inferential knowledge in the suttas works like that. I can’t remember where (maybe not even the suttas), but I think that it has a simile attached to it which is something like: If a walled city is free of cats and then later there are some cats found inside the city, then we can infer that there is an opening large enough to allow something the size of a cat into the city, even though we haven’t seen the cat actually go in through the opening. Sorry for my poor memory on this.

It is direct. Please read SuttaCentral

"Sir, these four factors of stream-entry that were taught by the Buddha are found in us, and we embody them. For we have experiential confidence in the Buddha … the teaching … the Saṅgha … And we have the ethical conduct loved by the noble ones … leading to immersion.”

You might know this already, but just in case, you can check the Pali together with the English translation of B. Sujato using the ‘Side-by-side’ viewing mode in the top right section of the sutta:

By ticking ‘View textual information’ this will also dispalay references for each paragraph, which can then be quoted as a unique URL. E.g.:

If you activate the Pali-English word lookup (in the settings), you can mouse-over a Pali word and get a definition in English (sometimes…).

Stream-entry involves direct experience as it entails overcoming of the fetter of doubt, which can only be achieved through the first experience of in particular the second and third noble truths. Once the veracity of the truths has been realized, then reliance on rites and rituals is also overcome.

On the path to awakening the Bodhisatta directly experienced insight into the cause and removal of suffering, and this identical experience must be accomplished through investigation to attain the status of stream winner:

What the Buddha says in MN 19 applies to thought, that is thought alone has an effect both on ourselves and others. It’s necessary to see that operation of cause and effect of thought with others to approach stream entry.

thought alone has an effect both on ourselves and others

Indeed, in MN64, the Buddha explores the simile of the infant and the relevance of underlying tendencies:

That underlying tendency to doubt is not a thought. It’s conditioning. Reconditioning starts with a thought, but transcending doubt requires a reconditioning of the heart.

MN64:6.3: That identity view, along with any underlying tendency to it, is given up in them. Their heart is not overcome and mired in doubt,

Because of this, I hesitate to rely solely on inference or thought as a demarcation of stream-entry. It may start with a thought, but more is required. A change of heart is required. And the knowledge of stream entry is that one’s heart has changed. That would be the “experiential” part. One has experienced a change of heart.

Stream-entry involves direct experience as it entails overcoming of the fetter of doubt,

it involve realization of nibbana. From here the overcoming of doubts and the 3 first fetters. Stream entry implies nibbana. No nibbana, no stream entry.

Actually this is exactly describing the experience of stream-entry. When the mind is like a baby. But because it still has doubt about Nirvana it reverts back to normal life. But once a stream-enterer it helps to liberate many doubts. But not all yet. Because it’s like directly experienced Nibbāna. But it’s temporal liberation.

Buddha said until someone experience full Nibbāna they truly say Gotama is the Buddha.

Actually this is exactly describing the experience of stream-entry. When the mind is like a baby.

We have to be very careful with saying “mind like a baby”.

MN64:3.1: “Who on earth do you remember being taught the five lower fetters in that way? Wouldn’t the wanderers who follow other paths fault you using the simile of the infant?

Babies aren’t stream-enterers. As you say, they still have tendency to doubt.

Yes. It’s true. But baby is so innocent. 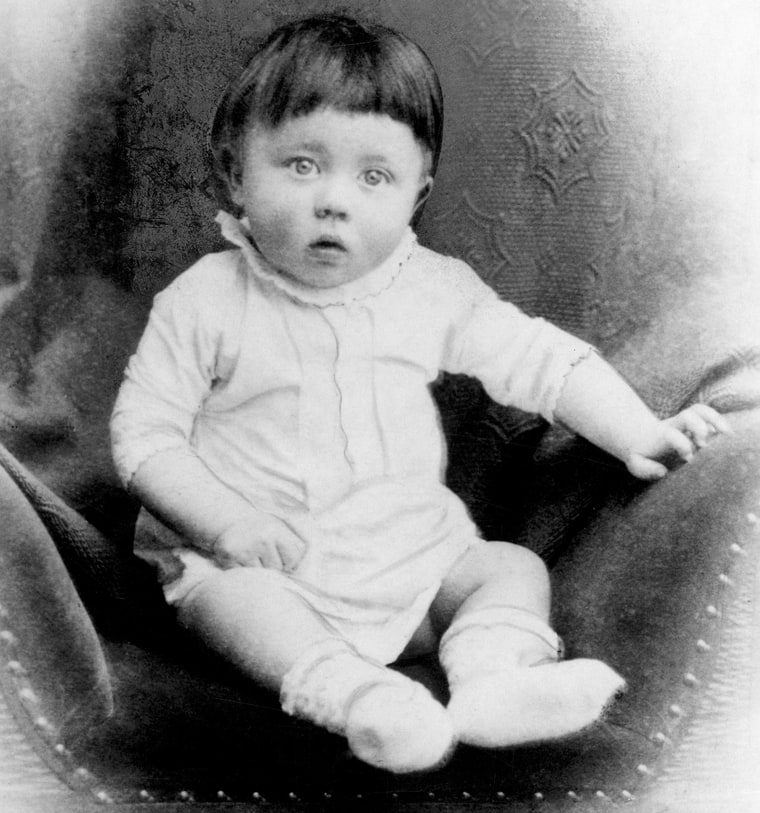 I understand you. In that case ok. But I don’t think there is still identity view fully developed. I noticed with my baby. It happened @ 1.5 years old that he started to demand like ego and further now even selfish. (Almost 2)Each baby varies

It was this part actually I had in mind. It’s what I mean it’s in the baby but because it’s not developed yet, the mind is free until the identity view gets developed.

A little baby doesn’t even have a concept of ‘sentient beings’, so how could ill will for sentient beings possibly arise in them? Yet the underlying tendency to ill will still lies within them.

It’s seeing everything like minimum less than 1 years old eyes. See everything as new. For a newborn everything looks new but after the underlying tendency activated than madness start and when older it becomes a Hitler.

The underlying tendency was always present. . Even in the newborn.
See past the current form of the baby… Look at the Life process in entirety as it passes through various lives…
The newborn Hitler had the underlying tendency to become a mass murderer (built up within as a result of past life choices) just as surely as as a mango seed contains a full grown tree within.
What could have changed Infant Hitler’s future? IMHO - Possibly if he (a) encountered the noble ones (b) developed faith in the Teaching © experienced the value of pursuing ethical action and (d) proceeded to actively renounce unethical actions and views.
The chance of any of these actually occurring would be low, as a result of his past life kamma… But it would never be zero! Theoretically, he could have changed course at any moment…

Apparently it seems the quote I gave is not enough to explain.

But it’s literally saying how can ill for others arise? Meaning it’s not active in the mind yet. Of course it’s in him. But as long this is not working in the mind. How can you expect a newborn to have a adult mind?

Sorry, but I disagree… Your quote from MN64 is the simile of the infant which followers of other paths would use to refute you if you say that identity view (for example) is a fetter.
Yes, the infant does not have identity view.
But simply having identity view is not the fetter as per the Buddha…nor is the lack of identity view of the Infant mind synonymous with True freedom… That is why he rebuked Malunkyaputta.

The actual fetter is having the tendency to identity view, the lack of experiential knowledge of there being another way, the lack of understanding and the lack of effort to overcome that.

I think we can’t remember how our mind was when we was a baby. That’s a proof already there less activity in the mind. I remember everything of 5 years old and up. What is the reason? Most people say the same. There is a mystery here. Its the same years that rebirth kids memories of the past is forgotten. There seems a transition here.

I understand what you mean. I know that. But do not go too deep. Just imagine then how would it be when our minds was before the first cycle of this earth? Although our ancestors was just waiting to be born on earth to have a chance to practice Dhamma and be free from rebirths. It’s clear that in that state the mind is more free even if the underlying tendency is in them. So being newborn baby for a few months it’s obvious why it’s so much easy and then with time it’s learning from parents reactions again and words. Keep a newborn alone without parents. Will it learn a new language?

Thanks for the quote. I found I could not answer the questions, so study was required.

I’ve added “suffering is dependently originated” to the Voice examples. It occurs in exactly two suttas.