Is there any Lokottaravāda vinaya available?

I always see Mahāsāṃghika vinaya. Or that’s the Lokottaravāda vinaya?

P.s we need work on translation of Vinayas in English. I feel sad they are in Chinese. I mainly want to read the stories of Buddha in them.

This is the section of Lokottaravadin Vinaya in SC: 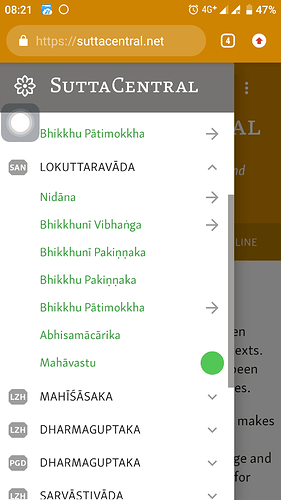 But AFAIK, only Mahavastu part had been translated into English:

The Mahāvastu (Sanskrit for "Great Event" or "Great Story") is a text of the Lokottaravāda school of Early Buddhism. It describes itself as being a historical preface to the Buddhist monastic codes (vinaya). Over half of the text is composed of Jātaka and Avadāna tales, accounts of the earlier lives of the Buddha and other bodhisattvas. The Mahāvastu contains prose and verse written in mixed Sanskrit, Pali and Prakrit. It is believed to have been compiled between the 2nd century BCE and 4th...

Oh yeah. Of Mahavastu I know already. I wish I can read them in English. Thanks