Is there more focus on samatha / Vipassana in last few centuries

What we popularly call vipassana today generally refers to a collection of reform movements—largely originating in Burma, and transposed to Sri Lanka early on—sometimes called the Vipassana Reform, which occurred around the 19th century. It was a revitalization movement that made use of various simplified methods to cultivate vipassana, and either de-emphasized or outright jettisoned jhana practice, but made meditation practices easily accessible to layfollowers.

The first couple chapters of Kate Crosby’s recent release, Esoteric Theravada, goes into this history, although largely focuses on how this affected the boran kammathana (“old meditation”) practices. It’s a good read to familiarize yourself at a high level on this.

Note, because it’s sometimes misconstrued: just because it’s a relatively recent “reform movement” doesn’t make it illegitimate or less authoritative than other methods, it’s just part of how the tradition has developed over the years

Kate Crosby’s book is very good so far I am close to finishing.

This is also helpful

One Tool Among Many | Noble Strategy

A pretty thorough treatment of the subject can be found in Erik Braun’s The Birth of Insight: Meditation, Modern Buddhism and the Burmese Monk Ledi Sayadaw (University of Chicago Press, 2016).

One of the founding fathers of vipassana in western Buddhism is Ven Nyanatiloka: 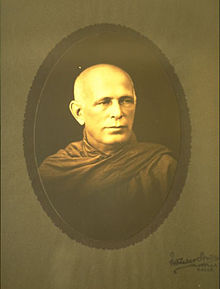 Nyanatiloka Mahathera (19 February 1878, Wiesbaden, Germany – 28 May 1957, Colombo, Ceylon), born as Anton Walther Florus Gueth, was one of the earliest westerners in modern times to become a Bhikkhu, a fully ordained Buddhist monk. Nyanatiloka was born on 19 February 1878 in Wiesbaden, Germany, as Anton Walther Florus Gueth. His father was Anton Gueth, a professor and principal of the municipal Gymnasium of Wiesbaden, as well as a private councillor. His mother's name was Paula Auffahrt. Sh...

In recent years mindfulness meditation is popular for mental health, which can be linked to insight/vipassana meditation.

For vipassana in EBT, it is better to look at the verbal form, passati ‘seeing, to see’ in the SN/SA suttas, not the noun form, vi-passana. It is not “only a smaller portion of the suttas”.

Vipassana in the suttas is abound, with SN material and elsewhere, though it is not mentioned as vipassana. Anything on aggregates, sense doors, nama-rupa, paticcasamuppada, anicca,dukkha, anatta is ‘vipassana’.

Hi Mat. It’s so nice to see you back.

Nice to see you too, Gillian.