Is there such a thing called " black magic " according to ebt?

Black magic or evil charm ,
what ebt has to say ?
If such thing do exist ,
does the practice in
any way help ?

Yes, there are many such examples. The suttas don’t explicitly differentiate between good and bad magic though, they simply dismiss all such practices. See the long section of ethics in DN 1 and DN 2, as well as DN 11.

I’ve googled “mama omida” to see where this name comes from. I always taught it’s an international expression that comes from mythology, some greek god or something cause it’s a very popular saying. Apparently it just comes from the witch itself and she was so famous that it got into common language. Even the wife of Nicolae Ceauchescu used to go to her. 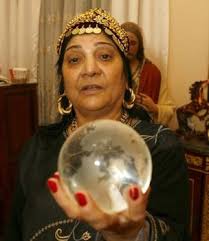 In modern days, they have websites. Here is the website of her dauther: https://www.vrajitoareaciresica.ro/
That is where you need to go with your problems.

There is actually a tax on witchcraft in my country introduced during the economic crisis. And all witches from the country promised to do a big curse on the government and parliament if they pass it. Some parliamentaries even backed down afraid of the curse.

A Tax on Witches? A Pox on the President

Angry about having to pay taxes for the first time, Romanian witches hurled poisonous mandrake into the Danube River to cast spells on the president and government.

Hi ​James,
While your question was directed to Bhante Sujato​ I would like to suggest you to reflect yourself on how can such things be considered effective in light of the Dhamma.

You have been actively participating in topics on dependent origination recently. I am sure you are able to connect the dots and come up with a nice hint.

In my understanding, such things can only be effective if one apprehend it into his/her mind. Even the Dhamma was considered back in the times of Buddha some sort of magic: once you are touched by it suffering is doomed to end!

Perhaps , you have some psychic readings or power

"In the same way, monks, when a monk’s awareness-release through good-will is cultivated, developed, pursued, handed the reins and taken as a basis, given a grounding, steadied, consolidated, & well-undertaken, any non-human being who would think of possessing that monk’s mind would simply reap his share of trouble & vexation.

Yes, there are many such examples. The suttas don’t explicitly differentiate between good and bad magic though, they simply dismiss all such practices.

Don’t the suttas support the use of what might be called by some ‘magical powers’ resulting from jhāna practice, for relieving suffering?

This is not magic, any more than science is. Magic is one of the “low arts” that mendicants should avoid.

Don’t the suttas support the use of what might be called by some ‘magical powers’ resulting from jhāna practice, for relieving suffering?

They do contain narrative depictions of what are called saccakiriya, but the efficacy of these seems to depend upon the speaker’s heightened state of virtue rather than jhāna.

See the chapter on Veracity in Tachibana’s Ethics of Buddhism.

This is not magic, any more than science is. Magic is one of the “low arts” that mendicants should avoid.

My dictionary tells me magic is “the power of apparently influencing events by using mysterious or supernatural forces.”

I am not sure why someone harming or helping people by using rituals to have mysterious affects would come under the word ‘magic’ (or at least I am assuming that is regarded as magic by the OP); but not someone who, having developed supernatural abilities (i.e. “attributed to some force beyond scientific understanding”) through samatha, helps people with those abilities.

What is it that you are meaning by ‘magic’ here?

Because iddhi developed through meditation are neither mysterious nor supernatural. They are superficially similar to magic because they both lie outside the range of normal conscious experience; but iddhis lie above ordinary consciousness, while magic lies below it.

Because iddhi developed through meditation are neither mysterious nor supernatural. They are superficially similar to magic because they both lie outside the range of normal conscious experience; but iddhis lie above ordinary consciousness, while magic lies below it.

How have you come to the conclusion that one is above and the other below?

And why do you say that iddhi are neither mysterious nor supernatural? To be able to walk through walls, or fly, or read people’s thoughts - I would say that these abilities are beyond current scientific understanding, and that some appear to contradict the common understanding of the laws of nature, thus they would seem to me to qualify as ‘supernatural’. My dictionary defines ‘supernatural’ as: “(of a manifestation or event) attributed to some force beyond scientific understanding or the laws of nature”

some force beyond scientific understanding or the laws of nature

Most people find quantum physics mysterious. But it’s not mysterious to those who actually do it.

Can you name anything that does not come under that category? It would seem you are implying that those acts which you do consider magic lie outside those laws, but I cannot see how that could be.

Most people find quantum physics mysterious. But it’s not mysterious to those who actually do it.

Again I do not see how exactly the same would not also apply to that which you are calling magic.

It would seem you are implying that those acts which you do consider magic lie outside those laws, but I cannot see how that could be.

Yes, I think the whole concept of the “supernatural” is inapplicable to the Dhamma. It is ultimately rooted in western theistic and metaphysical ideas, where God (and other unseen forces, perhaps) exist outside of creation, and can somehow interfere in the world without having to obey its rules: the “uncaused cause”. I think such metaphysical ideas are inherently incoherent and we should avoid using language that implies an acceptance of these fundamental misunderstandings.

I apologize for being too abrupt in my answers, I’m just making some quick comments while working! If I got too far into it, it would require a long explanation!

In this case, it’s quite different: people who use magic do not understand how it works (leaving aside the question of whether it actually does anything or not). In an advanced magical system like Catholicism, this is raised to the level of an ineffable doctrine, the “mysteries” of the transubstantiation and the like. Still more so your common or garden variety witches, witch doctors, shamans, maw doo, bomoh and the like. They inherit a system, and do what it says, but without any real understanding. When understanding enters the picture—as it did with the Upanishads, in the injunction for those practicing the rituals: ya evam veda “who knows this”—then magic is on its last legs. It can’t survive knowledge.

I prefer to see magic as what is essentially false and doesn’t do (or only does it via fakery) what it says it does. The Buddha talked about various mantras in a sutta I cant find right now and said he doesn’t perform such magic and the only magic he performs is the magic of instruction (teaching others). We hear of various psychic feats (now and in the suttas), and equally how they have been disproved and any seeker will need to decide for yourself, possibly without adequate information whether these things are true or not. Jhanas don’t invariable give rise to such abilities. There is an issue of what to call them. The word magic has negative connotations and as does psychic feats etc so cannot be easily applied. They can’t be called miracles as that would the wrong creed altogether. I think essentially Buddhism expects the materialist (and inherently unscientific) outlook of ‘I know everything now’ and be open to things unknown.