There are more Buddhists in the United States than any country outside Asia. This is largely because America is a nation of immigrants, with a long-standing tradition of religious freedom, something which should be remembered and celebrated, especially today.

Before his death, John F Kennedy championed what later became the Immigration and Naturalization Act of 1965:

Specifically, the Hart–Celler Act allowed increased numbers of people to migrate to the United States from Latin America, Asia, Africa, and the Middle East.

The most decorated military unit in American history was made up of volunteers from Japanese internment camps during World War II, who wanted to prove their love and loyalty for their country. It only made sense for the United States to then liberalize its immigration policy for people from Asian countries: 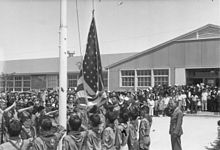 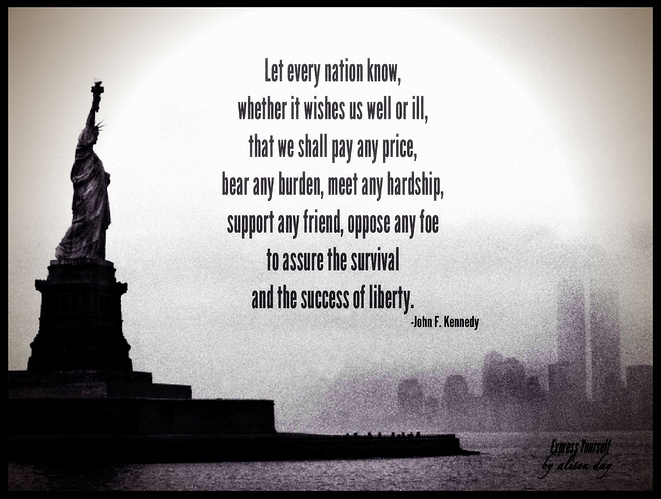 First Nations peoples face a number of problems to a greater degree than Canadians overall, many of their living conditions are comparable to developing nations like Haiti. Aboriginals have higher rates of unemployment, rates of incarceration, substance abuse, health problems, homelessness, fetal alcohol syndrome, lower levels of education and higher levels of poverty.

We can be grateful for our country, even while acknowledging its shortcomings. Dissent is patriotic. America was founded on dissent.

I grew up with the song “Monster”, and to me it’s about more than just a little insignificant country - Monster is about us!

I grew up with the song “Monster”, and to me it’s about more than just a little insignificant country - Monster is about us!

I’d rather not see America as either all good or all bad.

I was born in the USA and have lived here all of my life. I don’t consider myself American, more of a citizen of planet earth. I have never found flags and patriotism useful, rather more divisive; us and them. Yet I am grateful that I have freedoms and plenty. I feel compassion for those who are oppressed, both around the planet and here, particularly those oppressed by greed, hatred and delusion. In that way we are all flying under the same flag. Perhaps a new world holiday, Liberation Day, would be good, a day celebrating our varying levels of freedom from dukkha!

I’d rather not see America as either all good or all bad.

That’s a very realistic perspective to have toward an entity with so many moving parts. I hope your day is full of good food and good company.

During difficult times, i am glad if appreciation of democracy, equality under law, self determination and consent of the governed is recollected and encouraged. May all have happiness, peace and liberation from the causes of suffering.

I am spending the Fourth of July at a meditation retreat. Go figure.

Something that really should be said is that, even if America today is losing its way, the push for democracy and constitutionalism in the rest of the world was historically inspired by the United States. Please think of how many countries were inspired by America’s efforts at establishing a constitutional republic.

It’s also worth mentioning that, during the 20th century, the United States sacrificed a great deal to save the world from fascism and communism, even while making regrettable mistakes along the way. America may not be the greatest nation in history, but it’s worth feeling thankful for.

Americans across all social classes take for granted a higher measure of freedom and prosperity than a majority of the world’s people. Watching this documentary helped me to better appreciate what I have as an American:

I was born in the USA and have lived here all of my life. I don’t consider myself American, more of a citizen of planet earth. I have never found flags and patriotism useful, rather more divisive; us and them. Yet I am grateful that I have freedoms and plenty.

For me, the American flag represents the blessings for which I am thankful as an American, but I don’t use the flag to drape over America’s sins and shortcomings. I think there can be such a thing as an enlightened patriotism, of feeling grateful and appreciative of one’s country without assuming that we have a right to oppress other countries.

America, America,
Amitabha shed his grace on thee.
And crown thy hood with Buddhahood,
from sea to shining see!

Just for a different perspective.

I’m an Australian, born to refugee parents. As such ‘national identity’ has been a subject of much thought in my life. From observation, having travelled around the world and participated in international forums - Americans are unique in the way they express patriotism.

From my perspective, this indicates a specific type of conditioning. NOTE this statement is without judgement of any type - it is just an observation. There is no right or wrong here

I am sure that we could identify a range of different identifying characteristics from a range of cultures that show/highlight cultural conditioning, accross the globe.

I only highlight this, as I believe most participants here are interested in the Buddhas teachings, and this type of conditioning feeds identity/ the self, and keeps us tethered to samsara.

PS. I’m a little reluctant to post this, due to the likelihood that it may cause aggressive arugumentation. However, I firmly believe that we should be able to politely and calmy and, with a sense of perspective, be able to discuss all kinds of things. I hope I’m right

I was born in the hell of Brasil, in the violence and theft crime capital or Rio de Janeiro. As result I developed a very deeply rooted aversion to all things Brasil , to the point I have nightmares I am back there almost once a month!
I am fully aware this is a very bad defilement and similar to attachment to national identity will only serve as one more thing sticking things to the tragicomedy of samsara.
In light of that, I made the vow of translating as much as possible of the teachings to my mother language , as a way to force myself to leave at least some sort of gift to the people and culture I was born among.
I consider myself to belong to no culture or country but, after living in Australia for four years, I can say that the empty vastness of this land and the diverse cultural of its society makes it a very nice place to give the path a try.

Atlantis and Narnia kinda creep me out.

However, there is nothing there to grasp; what maybe can be grasped and tamed is the mind which constructs. Behaviors of the intellect, body, speech, may be these all are tamable?

This all depends on your definition of patriotism. If you want the best for your community/country, then I’d call that patriotic (and has the potential to be healthy). If you think yours country is better than someone/anyone/everyone else, that would be more like nationalism, which is more prone to judgemental views; harsh views; conceit; bias, prejudice and also wrong view.

But as Erose referred to ultimately there are no Australians, Americans, Canadians, etc. There are no borders, its all a mental construct not an ultimate reality.

There are no borders? Trump just got elected because he wants to strengthen the border. LOL give me a break. Lets build a wall keep the bad hombres out.