Levitation is not a physical supernormal power

Often it is said that the Buddha flew through the air and made clones of himself physically. But these seem to be not physical actions but mental psychic phenomena (ie with a ‘mind made body’), according to the AN3.60 below. 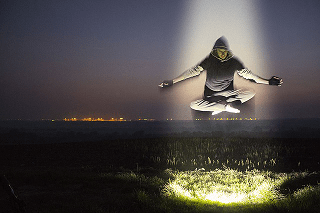 Ven. Analayo has written a paper on this topic, which I found quite interesting. It’s only about 10 pages, so not too long. His conclusion, which is in line with what you wrote, Mat:

A comparative study of reports that the Buddha and his disciples journeyed to celestial realms or traversed considerable distances on earth through the power of levitation gives the impression that at an early stage these would have been envisaged as being done with a mind-made body. Probably as a result of literalism, a tendency that makes itself felt in various ways in the early Buddhist texts and which has led to a range of developments in the Buddhist traditions, at a relatively early stage this would then have led to the idea that such feats involve acts of levitation done with the physical body.

Pretty easy to fly… in dreams.

see Dipa ma biography, for examples of levitation, walking on water as if on earth, diving into earth as if water, going to a meditation interview with her teacher by walking through the wall. Also cloning bodies, with the skeptical professor as a witness. The cloned physical bodies, there are various degrees of how physical they are. For example, a Chinese medicine doctor I knew, his teacher, a taoist immortal, created a “clone” of himself that to the appearance of the viewer, seemed physical, but it didn’t cast a shadow from the sun.

in Ajahn Mun biography, right near the beginning, one of his teachers, during sitting meditation, opened his eyes and noticed he was several feet off the ground levitating. Startled, he fell. Later, he learned to control it and levitate (his physical body) at will.

for all you skeptics, you just don’t hang around enough serious meditators, of various traditions, not just Buddhism.

“Regarding this, Master Gotama, a demonstration of psychic power is experienced only by the one who performs it , occurring only to them. AN3.60 SuttaCentral

When I read the entire sutta, I obtained a very different meaning of this quote than when I read it in isolation. As I read the sutta, this sentence is not asserting that psychic powers are dreams that are not seen by anyone else. It is saying they are not experienced by anyone else. In comparison, the power of instruction is to lead others to experience the Dhamma for themselves, and therefore the power of instruction is superior.

What about when the babushka next door says that the priests mouth shines with golden light as he reads the gospel book?

Or the congregants in Greece who say that the eucharist transformed into physical flesh-and-blood before them?

for all you skeptics, you just don’t hang around enough serious meditators, of various traditions, not just Buddhism

I think you have a point, friend

Nice to see you!

If you actually take the 3 watches of the night practice (not sure many monastics do). I wouldn’t be surprised if you start having waking dreams. Which might include levitation, walking through walls, devas, maras (huh, I wonder if there’s a cognate in nightmares), etc.

Most of my dreams are lucid. Flying is pretty easy in them.

But I’m hardly a dhyānin. I can’t stress that enough. Lucid dreaming is not related to mental cultivation. At least in my experience.

Sir…, sometimes…, I think of it like this, that no matter how extraordinary the supernormal power which has been possessed by a person, but…, to imagining that person could fly high physically ( without the help of any tools ) or could duplicates himself, that sounds almost impossible, but if it’s to be understood in the terms of a ‘mental perception in the eyes of the others who see it’, perhaps that might happens. Because, anything that is seen by the people through their eyes or as if be seen by the people, it’s all a matter of mental perception. Even nowadays, when people can fly high using a jetpack or can duplicates themselves through holograms or TV and so on, but whatever it is, but again…, it’s captured by the mental perception of the people who sees it in their minds.

The tools we develop for living in the world (gadgets), is our external creations of our internal tools available in and by the mind.

But off course, no one is that stupid as to say it out loud in this maniac world. Just think about what kind of Hell this so called real world will put upon one’s head if one where to demonstrate something out of the blue …