The lokadhātavaḥ (singular: lokadhātu) are often presented in English language Buddhist terminology as the “world-systems”, the (often infinite) totality of which is the multiverse-esque cosmology of some Buddhisms.

In the translations hosted here, lokadhātu is rendered as “solar system” in, for example, AN1.278-286 Dutiyavagga. This rendering is effective because it immediately brings to mind the notion of something “out in space”, and a “world”, and is a down-to-earth and reasonable sounding “modern” word for something “out there”. It doesn’t seem as “out there” as for instance if one were to call them “dimensions” or something like that, although I can certainly imagine reasons why a rendering like that would appeal to some people.

Keeping in mind a particular usage of dhātu that came up here:

What does the dhamma need in order to spread ? And how can we help it?

At one point, the dhātu was found in the cremated remains of sages. The belief was that, through their supreme practice in their life, they had sort-of ‘trasmuted’ a part or parts of their bodies into something permanent and deathless, or at least significantly more permanent than their corpses. These would then be distributed to various temples, pilgrimage attractors, etc, and would be venerated as relics. “This is what the wise can achieve”, sort-of like.

We can see an echo of this practice in the Lotus Sūtra:

I would like to take a moment to look at one particular usage of the word dhātu, although one cannot necessarily intuit the meaning of a word as it features in a compound from how it behaves alone. The word dhātu in the sense of “bits” of something. Like what is in the dhātugarbha, or “relic chamber”, which is a modern Hindi word with Sanskrit roots. 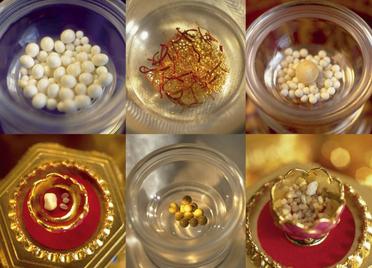 It seems that in most Buddhisms, these are actually called śarīrāḥ. The Buddhists communities that produced the various Mahāyāna Parinirvāṇa vaipulya sūtrāṇi calling them “dhātavaḥ” seem to be part of a minority practice in as far as referring to these things by a different name.

In addition to this visual notion of a dhatu as a “bit” of something, I would also like to take in account this definition of the word from Monier Williams’s 1899 A Sanskrit–English Dictionary at page 513 which is wonderfully available to us via Wiktionary:

We uncontroversially render “loka” as “world” generally. I don’t think anything has ever thought up a better term for it.

With no more bluster I would like to offer my suggestion for an English language rendering of the word lokadhātu. I don’t actually consider myself qualified to make any kind of authoritative suggestions (and who would?) with regards to if this is better or worse than any other people’s renderings.

Here it is, and I hope that Ven @sujato won’t mind me butchering his translations to provide examples:

IMO very simple, very literal. It has the sense of “worldpiece” without the Germanic-sounding coinage. We don’t really say

although that would be an even better rendering IMO. Trying to preserve the very generalized sense of “piece” we have the option of

So there’s my suggestion. If I ever took to translation seriously, I think that is where my reasoning would lead me.

Perhaps it is bad reasoning!

It is impossible, mendicants, it cannot happen for two wheel-turning monarchs to arise…

(some more quotes to ponder for consistency…)

I also wondered how we got to “solar system” so this post was very helpful.

Dhātu has a range of meanings in multiple contexts, and we can’t derive the meaning in cosmology from other uses, we have to see the context. Here’s what the Pali dictionaries say:

The sense of dhātu as “world-system” is well-established. It refers to a specific constellation of cosmological details: a world (like the earth), a sun, a moon, heaven realms, and so on, for which the closest modern term is “solar system”. There are countless such systems (dasasahassilokadhātu= 10,000-fold world system = galaxy). For example, AN 3.80:

Note how in this passage, loka is used of one whole world-system in the first sentence. 10,000 of these is called the thousandfold lesser world system (lokadhātu). So dhātu here is clearly not a bit of the world, but a cluster or system of lesser worlds.

Are we sure that they believed these things to be in the sky per se, bhante? I thought I had read about prohibitions on celestial speculation in early Buddhism somewhere.

I thought I had read about prohibitions on celestial speculation in early Buddhism somewhere.

I guess my question, more precisely, is, are the “stars” we see, according to this cosmological worldview, other dhātavaḥ or stars in this same lokadhātu.

Can we “see” other lokadhātavaḥ as stars, etc? And is this stated explicitly?

Working with the assumption, that early Buddhism is largely non-astral in its orientation, is what, cheifly, lead me down with route of explicitly not associating lokadhātavaḥ with visible stellar entities observable through, say, a telescope, for instance.

For instance, in the narrative I am familiar with, astrology/astronomy is more of a Mahāyāna obsession, stemming from its exposure to Central Asian, Middle Eastern, Greek, and Chinese cultures.

For instance, when Mahāyāna Buddhism gets the planets incorporated into it, they have Greek names, for instance, like we see featured in the Chinese painting Tejaprabhābuddha and the Five Planets:

Those are actually Greco-Roman celestial deities surrounding this Buddha. The Chinese in turn got them from the Arabs. Hermes is a lady with a paper and a quill. Aphrodite plays the pipa (a Chinese lute). Ares is a four-armed hunter. Zeus is a minister. Cronus is a brahmin. 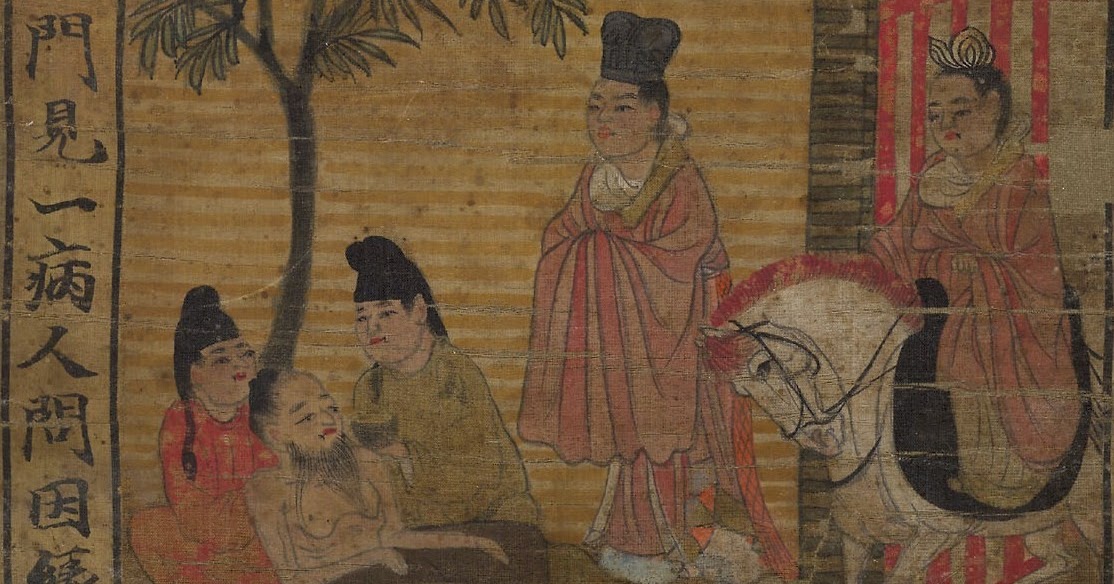 In an earlier post we examined some Tang Dynasty (618-907) artwork depicting Siddhartha Gautama (the Buddha before his enlightenment) as a ...

Some of the sources playing into my (mis)conception.