One of my favorite stories of the Buddha is where the female child eating yakkha becomes a follower of the Buddha. I always was particularly interested in the stories of her interacting around or near the monastery and the monastics. I’ve heard some delightful stories as well from Ajahn Brahm and Ajahn Achalo of devas and local spirits coming to visit! As well as some stories from various lay people and monks around the internet.

So,naturally I’ve found over time I’ve gained interest in hearing the stories of monks or lay people encountering well…spirits in the monastery!

I was wondering, could we compile and possibly share reports and stories of these types of experiences then in this thread? I think they’d make a lovely and fascinating read.

Here is one of the stories, real one BTW, told by one of the most respected elders of the Vietnamese Sangha, Master Thich Tri Tinh, (he was a teacher of Venerable Thich Nhat Hanh FYI), the link is below, from minute 32:10, 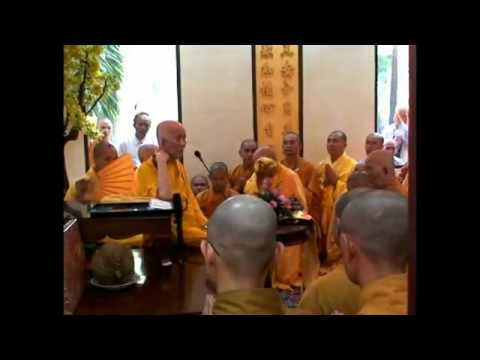 It’s in Vietnamese, but I can provide a partial English translation here:

"A few days ago there was a man called himself the Demon King, he came and said to the monks: “I’ve come here to fight with the Venerable Abbot, if the Venerable loses, then all of my demon soldiers will occupy this place.”

Early that morning, I was taking medicine and saw a man and a woman, the man joined his hands in respect, but the woman curled and twisted her body just like a snake, maybe they belong to Mahoraga species, she then bowed down, having bowed they went away. My mind didn’t pay any attention at all, I just noticed this. Later on I heard the monks said that they saw them went to the main hall and sat there reciting Buddha’s name for one night and day. The monks went and asked them: “Why didn’t you fight with the Venerable Abbot, but just bowed down and left?” The other one said: “I saw the Venerable Monk but I was so scared, so I just bowed down and didn’t dare to do anything!”

The monks asked me: “Master, at that moment did you say a special mantra or doing mudra or anything?” Actually, my mind just didn’t pay them any attention at all. I told this story to let our brothers and sisters here know, we live here, the hungry ghosts and demons are really plentiful…"