Mahasangha - what is it?

I noticed that Sri Lankan Buddhists use the term Mahasangha, literally “Great Community”, quite often. Is this term canonical and in what sense and when does the sangha become great? Does it mean monks form several nikayas, or monks and nuns, for eg?

As far as I can tell it is a generic term just being respectful towards the Sangha. In Sinhala, as in Thai and I assume Burmese, there is the tradition of applying several terms of respect to monks, nuns, and the Triple Gem.

I honestly don’t think people use mahasangha specifically to mean the sangha of the four directions, but that is kind of the sense. Meaning, they wouldn’t intentionally use Maha Sangha to be distinct from some other Sangha.

An example… At a big event the MC might say something like, “Now we invite the Mahasangha to chant pirit.” They are just inviting the monastics that are there.

I’d be interested to hear from others their understanding of the word.

Ah, that makes sense, although the term is commonly carelessly used until it is used regardless of whether there are visiting monks.

Not an EBT term. I thought it was an honorific (maha-), to denote the sangha everywhere- especially when it comes to giving dana. 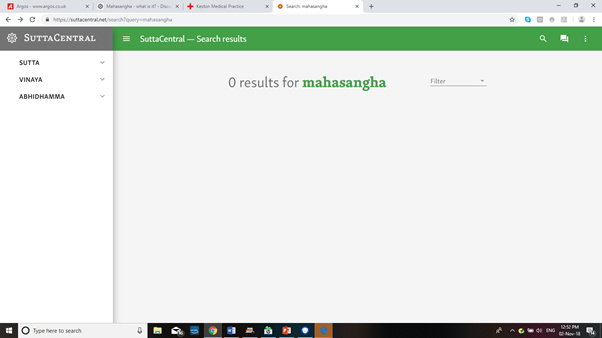