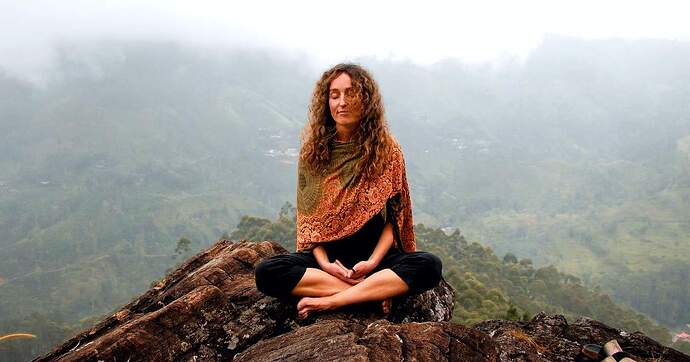 Study links some forms of spiritual training to narcissism and "spiritual...

A new study finds that popular forms of spiritual training, such as mindfulness, correlate with narcissism and “spiritual superiority.”

The full study (linked in the above article) does raise some interesting potential challenges to these findings. For example:

For mindfulness trainees, the picture is less clear. Even though they rated higher than untrained participants on self-superiority and guidance, this does not necessarily reflect illusory superiority: They may actually have superior skills in these domains.

Interesting topic, shoddy conclusions. Important to note they made up a new definition of narcissism that really does not sound like narcissism but rather a self report of compassion :

For this study, the authors did not measure “agentic narcissism” (for example, “I am more special than others and deserve special privileges”), but rather “communal narcissism,” which describes people who think of themselves as more nurturing and empathic than others. Example statements that characterize this trait include “I have a very positive influence on others” and “I am generally the most understanding person.”

On the other hand… They really could be capturing that population in pop spiritual circles that is already narcissistic and wants to self-aggrandize via ego… But they didn’t measure individual personality or narcissism, which are considered fixed traits… I. E. Would have been there even before “becoming spiritual”

In my first year of graduate school one of my professors insisted that students read an article in a scholarly journal which approximated that about 85% of what gets published in social science journals is tautological.

They may actually have superior skills in these domain

Right the whole thing is self-report and online so no real validation of abilities.

Narcissism is a trait that can have both positive and negative qualities. I do suspect that with many western Buddhist teachers, there’s a narcissistic emphasis on branding, and ensuring that whatever dharma product that is being flogged gets attention and new subscribers. Within the realm of personality traits and personality disorders, narcissism might be the one cluster of traits that has some positive sides. One article notes:

Remember: Reframe your healthy narcissism as gratitude for what you have been given. Being thankful for your natural talents may be a way to appreciate them without feeling too egotistical. The ability to take joy in yourself is a quality that can sustain you through the rough times in life.

We all have various traits of our diverse personalities. A personality trait becomes a disorder when it interferes with our social, vocational, or communal life. Even the practice of Metta might seem narcissistic, and we all know of the wrongful criticisms of Theravada as being “self focused,” vs, the more allegedly beneficent ideal of the Mahayana Bodhisattva.

Perhaps what I might be pointing to is the very real and present concern about the narcissistic pathology that seems present in profit-focused western “Buddhisms,” at times, relative to the very healthy Brahmavihara practices that allow us to cultivate healthy and positive attitudes toward ourselves and our own wellbeing.

Radboud University with which the authors are connected is a Catholic institution, and either unconsciously or deliberately this paper would be reacting to the difference between a god-centered religion and a human-centered one as Buddhism is. Even for western Buddhists it takes some readjustment to come to terms with and accept the responsibility of this more mature outlook. In this age of anthropocentrism, unlike the preceding one where Christianity flourished under a creator god, for the first time human thought has the global impact.

Narcissists are deeply attracted to Buddhism. Religions that say that humans can become a kind of perfect will always attract malignant narcissists who have a pathological need to be “specialer” than others. They will declare themselves the Perfects in the face of all evidence to the contrary. It is a particularly huge problem over at DhammaWheel. It is kept somewhat in check here by superior moderation. Every two months or so someone new who “just experienced nibbāna and it was nothing like in your textbooks written by crooked monks!” joins one of the Buddhist fora I read. For whatever reason, this is much more common in Theravāda. When these people join Mahāyāna it is usually because they are Vaiśnavas and consider “real” Mahayana to be Advaita Vedanta and the Buddha to be either Jesus, God, Ram, or Vishnu, and themselves to be reincarnations of the Buddha (yes, this is a common claim in the New Age Vaiśnava crowd), Einstein, and probably Mozart too, and they’re just there to “educate” the Buddhists.

The sad thing is, these peoples’ narcissism is so deep, they literally can’t see how they are not a Buddha and can’t see when other people correct them as anything other than “All these haters have it out for me. They hate me because I’m right. I’m so persecuted.”

Narcissists are deeply attracted to Buddhism

And this is probably true of spirituality generally. But yes, self-selection is a crucial issue.

I generally don’t pay much attention to these kinds of studies, given the ongoing and unresolved replication crisis. But i think that any attempt to understand spiritual narcissism should begin with an empathetic understanding of how and why people get drawn to spiritual circles. We need to know what the process of self-selection is like. Then there is the question of the nature of the spiritual community; some are definitely more promoting of narcissism than others. Then there needs to be a careful investigation of the nature of spiritual narcissism, which will differ somewhat from “normal” narcissism. Only then might an attempt be made to quantify the issue.

You can’t measure narcissism by asking people to self-report. It’s crazy. When Mohammed Ali said “I am the greatest!” he wasn’t being narcissistic. He was in fact world heavyweight champion. It’s not narcissism, it’s confidence and showmanship. If someone says “I am kind and compassionate” and their behavior is delusional and cruel, that is why we conclude they are narcissistic. But without looking at the whole person we can’t make any conclusions.

Finally, another distorting tendency might be the overwhelming emphasis on positive thinking in many spiritual circles. People have been told to believe it and it will happen. Thus statements about their own kindness may well express a wish rather than a reality.

Subjective view: I once attempted to help a researcher who was interested in studying the effects of 2 or 4 weeks of continuous metta meditation. But the pre-course survey contained so many unanswerable questions, or questions that could truthfully have received contradictory answers on the same day, that I pulled out.

Every two months or so someone new who “just experienced nibbāna and it was nothing like in your textbooks written by crooked monks!”

…there’s an interesting group of study subjects, right there.

Nature and nature I guess. So much of it is the baggage they bring, right from when they are kids. Much of it is how they are raised as well.

I’d look at gender differences too, that would be interesting

I’d look at gender differences too, that would be interesting

I’ve never met a narcissist lady claiming to be a stream-entrant or arhat, those seem to have all been men, but I have no doubt one exists somewhere. For a while, on NewBuddhist.com, there was a troll pretending to be a female lama of some note. She could have been a lady version of the above, if she was even female in fleshworld.