I thought it would be good to collect accounts of these type of events. Video interview references from non buddhist witnesses would be nice. To kick off the thread:

Debbie received a message indicating that the Tomki road residents would be allowed to return to their homes, and that included the monastery. So, at around 10am, Luang Por Pasanno, Ajahn Karuṇadhammo, Ajahn Jotipālo, Sāmaṇera Tissaro and Debbie left the City of Ten Thousand Buddhas to do an initial reconnaissance mission back to the monastery.

The crew came back a few hours later and reported that the monastery, with a few exceptions, was completely intact. There were still many fire personnel on the property as fires are still smoldering. However, no structures were damaged, at least none the crew could see on their initial trip.

Ajahn Jotipālo recounted one experience talking with a firefighting crew from New Mexico:

Any links to interesting stories or video clips from that tsunami in south east asia from over 10 years ago now I think?

There was a famous sri lankan monk, with 2 other monks in a car when the tsunami was sweeping through, it would have been certain death, but the car was levitated by invisible forces and placed safely on higher ground some distance away. Any documented stories on this?

If you don’t mind , I would like to share my own experience with all . It happened 20 over years ago. That day I was driving the motorbike on the main road in the city, but perhaps due to tiresome at that time , I could not recollect much now . The incident stung me because without realising somehow I hit on the rear side of a car , and from the left side of the road , my bike bounced left and right toward right side of the opposite side of the road . And the peculiar things is the bike nearly hitting the floor several times but bounced back every times . At that time , my both hands already off the handles , but it was not in my hand anymore . Just before my bike bounced to the right side end of the opposite road , somehow I could sensed something grabbed both my hands and placed on the handles again and suddenly I could stop the bike on the road side on time without accident . Maybe I was just lucky .

To add to the Abhyagiri story I think the photos are incredible. Especially those of the shrines.
https://www.abhayagiri.org/news/222-fire-update-october-17-18-2017

I believe that Aranya Bodhi might have had a similar experience with the fire that went ‘around’ their monastery.

But if you have links of video, news stories to documented cases, that’s especially nice. 200 fire fighters with their hair standing on end, freaking out from seeing a 200 ft high wall of flames retreat from the monastery is pretty cool testimony. I’m guessing most of those fire fighters were non buddhist.

thanks for linking that Sister Pasanna. Be sure to click on the fire damage photo album, and click on one of the photos to see the caption describing each picture. otherwise you’ll just see the index of photos and not know the story behind each one. 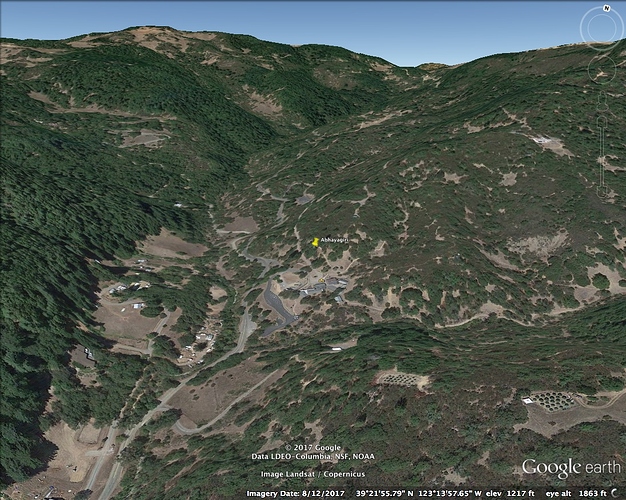 Looks like the fire breaks did the trick. Maybe the flames were smaller when they got to the monastery? We must acknowledge all the hard work those people did in protecting the monastery and not leave it all to good kamma!