In AN 5.273-285 we find several kinds of monastic jobs dealing with lodgings.

Can it be that the first one assigns already existing lodgings to monastics, and the second one allocates places where a lodging can be built? Or …

Not sure if that helps much though

Not sure if that helps much though

I am not sure yet either …

Searching for “senāsanagāhāpaka” in the Ajahn Brahmali’s (not yet published, but publicly visible on GitHub) Vinaya translation, I get no result.

Searching for “senāsanapaññāpaka” I find a few results:

Searching through all the Khandhakas individually, I find in Kd 16 a chapter on appointing an allocator of dwellings, senāsanaggāhāpaka. (Note that unlike in AN 5.273-285, it is here spelled with double g, which makes it difficult for search to find it.)

Reading the explanation of the senāsanaggāhāpaka’s job, it just says he has to allocate dwellings, one bed for each monk, or one dwelling for
each monk, or each monk gets their own dwellings precincts, depending on the number of monastics present.

In the same Khandhaka we also find the senāsanapaññāpaka. He occurs again together with the other jobs, as in the Pc rules. Unfortunately, due to abbreviation, only the last job in the list receives a description, and so we don’t learn from this text what exactly the dwellings assigner has to do.

I’d be thankful for further input by Ajahns @sujato and/or @Brahmali.

each monastic is responsible to put their own lodgings in order.

That is true, but there are often unallocated or guest accomodations that require maintainance while unoccupied.

Then that would have been the job of Venerable Dabba the Mallian. But the stories about him tell us a little bit more fun stuff … He showed late arrivers to their lodgings using his finger as a torch! That would rather fit with assigning or allocating a lodging.

Actually, in Ss 8 we find a nice description of the job of a senāsanapaññāpaka as practiced by Dabba (quoting from Ajahn Brahmali’s translation):

Dabba assigned dwellings to the monks according to their character.
He assigned dwellings in the same place to those monks who were experts on the discourses, thinking,
“They’ll recite the discourses together.”
And he did likewise for the experts on the Monastic Law, thinking,
“They’ll deliberate on the Monastic Law”;
for the expounders of the Teaching, thinking,
“They’ll discuss the Teaching”;
for the meditators, thinking,
“They won’t disturb each other”;
and for the gossips and the body-builders, thinking,
“In this way even these venerables will be happy.”
When monks arrived at night, he entered the fire element and assigned dwellings with the help of that light.
Monks even arrived late on purpose,
hoping to see the marvel of Dabba’s supernormal powers.
They would approach Dabba and say,
“Venerable Dabba, assign us a dwelling.”
“Where would you like to stay?”
They would intentionally suggest somewhere far away,
“Please assign us a dwelling on the Vulture Peak,”
…
“… in the deer park at Maddakucchi.”
Dabba then entered the fire element, and with his finger glowing, he walked in front of those monks.
They followed closely behind him with the help of that light.
And he would assign them dwellings:
“This is the bed, this the bench, this the mattress, this the pillow, this the place for defecating, this the place for urinating, this the water for drinking, this the water for washing, this the walking stick;
these are the Sangha’s agreements concerning the right time to enter and the right time to depart.”
Dabba then returned to the Bamboo Grove.

This is what Ajahn Thanissaro writes in BMC 2, chapter 18:

Lodging officials. The Canon allows for two officials related to lodgings: the lodging bestower (senāsana-gāhāpaka) and the lodging assignor (senāsana-paññāpaka). Neither the Canon nor the Commentary clearly distinguishes between the duties of the two. The Vinaya-mukha suggests a rather unnatural division of labor between them, with the lodging bestower responsible for assigning bhikkhus to particular dwellings, while the lodging assignor assigns them to sleeping places within the lodgings. A more likely division of labor is suggested by the Canon’s accounts of how the two offices were established to begin with. The lodging assignor was one of the very first offices to be established, while the office of the lodging bestower was established only after bhikkhus were allowed to lay claim to lodgings. Because these claims are good only during the three months of a bhikkhu’s Rains-residence, it would seem that the lodging bestower is responsible for granting claims to lodgings during the Rains, while the lodging assignor assigns them during the rest of the year, when bhikkhus are more mobile. This fits with the origin story in Sg 8, which tells how Ven. Dabba Mallaputta, the first lodging assignor, had to assign lodgings to visiting bhikkhus who would arrive at all hours of the day and night. This division of labor also fits with the various guidelines covering the allotment of lodgings, which differ considerably for the two different time periods. The discussion in this section will be arranged around this division of labor, discussing first some general guidelines that apply to both officials, followed by the guidelines for giving lodging claims for the Rains and then by guidelines for assigning lodgings outside of the Rains. 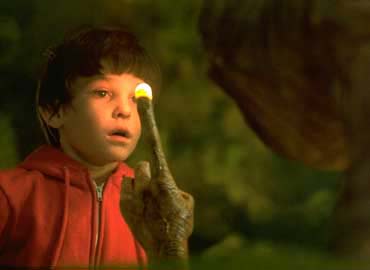 These words refer to the same kind of person. It is not clear why there are two different words. It is probably just on of those curiosities of the development of the early Sangha. Odd things happen with language. You see that across the board, with all languages.

I have not been able to find anything in the commentaries to explain why there are two different terms.

These words refer to the same kind of person. It is not clear why there are two different words. It is probably just on of those curiosities of the development of the early Sangha.

Thanks for confirming that apparently I was confused about a confusing matter … that’s reassuring indeed!

thanks for all the helpful answers. i remember i was wondering this question a while ago and i couldn’t find the exact answer as i did here. thanks
you ended my confusion.