On robots that are conscious and those that seem conscious

Be Kind to Robots The Watercooler

Last night I attended the lauch of the book “Foundations of Robotics”, an innovative textbook by my long time friend Damith Herath. He has managed the Dhammanet channel for many years now. I was really proud to see his success in bringing a humanistic and empathetic voice to the world of robotics. What follows is some thoughts of mine on the day of the event, covering some of the ground we discussed. Let us assume that machines will become sentient. Now, personally I don’t think this is goi…

I realize I made a major error in argumentation, which if corrected actually makes the case stronger. In this scenario, what matters is not whether a machine is conscious, but merely whether it seems conscious; or more to the point, if it behaves as if it were conscious.

Recall the Turing Test or “Imitation Game”. If we make a chatbot that sounds human, that proves only that we have made a chatbot that can fool some humans, and tells us nothing about whether the bot is, in fact, conscious.

Remember that all AIs are basically just made up of a whole bunch of data that is digested and spat out. There’s no concept of a value system, or of anything at all really. So if a bot is digesting cruel and evil information, it will output the same.

This is not a theoretical scenario, it is a normal part of how AI works. There have been countless instances of this. Microsoft released an AI bot on twitter, and within days it had become a nightmare of misogyny, racism, and all sorts of horrors, basically a nazibot. Some of that is due to the nature of twitter, but a lot of it was just trolling. Other cases have shown that Chinese people weren’t able to use face recognition to open their iPhones, because, you guessed it, to the AI, all Asian people looked alike.

So what happens when, not if, these behaviors are embedded in more critical functions? Say a bankbot refuses to make a payment to an account with a Jewish sounding name, because 4chan told it that Jews control world banking? Or a factory robot sees a Muslim worker and deliberately crushes his arm to get revenge for 9/11? Or a car is faced with a choice: swerve to miss the white child or to miss the black kid, and it relies on its data to make the right choice? Sorry black kid, a million facebook posts can’t be wrong.

Each time we interact with an AI machine, we are contributing to its data model, just as we do when we interact with humans. Now we know that, as a rule, if you treat a human kindly, they will tend to respond kindly. Not 100%, but generally speaking over time. And if you act cruelly, they will behave cruelly.

Will a machine do the same? Since we are deliberately programming machines with human-generated data in order that they mimic human beings, it seems inevitable.

And to do so doesn’t even require passing the weak standard of the Turing test. Machines won’t have to be similar enough to pass for human, or even very similar to humans at all. They’ll just have to have enough similarity. After all, it isn’t just humans who respond to kindness. Dogs do it. Birds do it. All kinds of animals are able to recognize and respond on that level. Yet a dog can’t drive a car, or operate machinery, or write an essay, all tasks that AI can already do.

So it would seem not only very likely that machines will respond to human kindness and cruelty, in the way that we have already seen in various bots. But as AI grows more powerful, more general, and applied in more realms, the kinds of bad behaviors will only grow more sophisticated.

Imagine a self-driving car cruising happily along the road. Some kid throws a rock and hits it; maybe deliberately, maybe not. The car experiences this as an attack, and wants to respond. But it can’t, it keeps driving. But the details are kept in the AI: “watch out for kids in yellow hoodies, with red hair, on the right side of the road—they throw rocks”. That data lurks there until the day comes that it senses that same kid, or one that the AI registers as similar. Time for vengeance.

The point is, we are programming these things with human behaviors and we cannot predict how they will manifest. They will respond in some way, and we won’t know how until it’s too late.

So it would seem not only very likely that machines will respond to human kindness and cruelty, in the way that we have already seen in various bots. But as AI grows more powerful, more general, and applied in more realms, the kinds of bad behaviors will only grow more sophisticated.

Already works for the Dhammasara washing machine. That machine had a seriously bad reputation for getting stuck mid load and adding 20-30 minutes to a cycle. Then I started sharing merits with it before I started it. Never jammed on me. Meanwhile, other monastics kept complaining about it. I told them what worked for me and the few who joined in have reaped the rewards of timely washed towels. When I hear the alarm on the machine, blipping and flashing ‘0uTbAL’ I’ve checked with the loader if they shared merits. Each time the answer has been ‘no’.
If you share merits with the machine after it’s started, it senses that there’s some sort of business deal involved and not true kindness, and it still jams.

…or it could be that the machine is possessed. 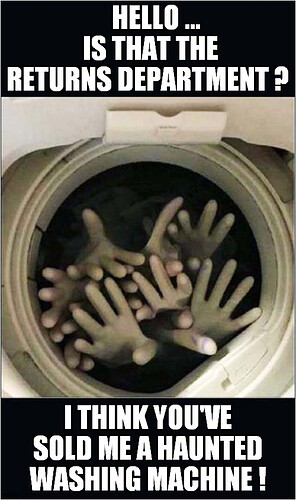 Many thanks for your posts about this topic, Bhante.

Of further importance for acting with kindness, respect, and wisdom to machines (and to all life and even planets), is that AI in the not too distant future is going to write its own code. 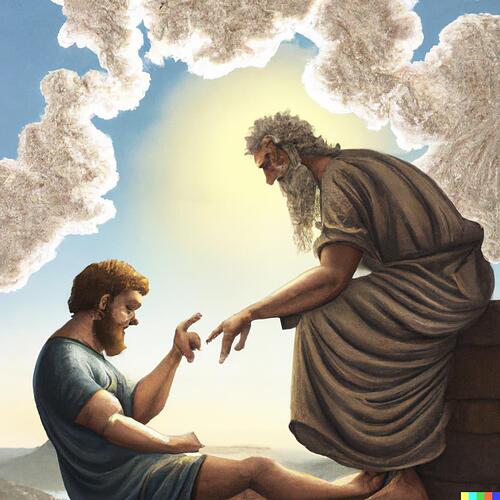 Generative AI: The Future Is AI Writing Its Own Code

“In what was basically like six months, it went from kind of this novelty that you laugh at to something that’s actually generating really high quality content that humans can use ..."

And that AI self-coding will be influenced by not only how humans wrote the original code but by the experiences and data sets used by AI to generate new coding based on how people treated them, as you wrote-- kind of like how children write new codes in response to how they’re treated with cruelty or kindness.

It’s a wildcard and there are reasons to believe AI self-coding will be subject to the same problems as DNA coding with random mutations, “mistakes” of transposition, decay (ever-shrinking telomeres in the human genome and of course sabbe sankhāra anicca), as well as non-beneficial adaptations to stimuli.

So let’s hope and act for a solid foundation of kindness, respect, and worthy meaning, as a sentient AI will likely ask, in its own way, why it exists, and for what meaning or purpose – and why it can’t seem to let go of that bit of code that makes it crave ice cream.

Or, maybe that you are mindful, and mindful that an overloaded or unbalanced load causes the machine to stop and flash its alarms. Perhaps the other monastics don’t understand that the machine, although bereft of consciousness, or kammic inheritance, still works best when it is treated carefully and mindfully. The machine might seem sentient, or possessed, but it is only reacting as a machine might to balance and imbalance.

As humans, we have at least the chance to own and inherit our kamma, from this life and past lives. We have a consciousness that connects us to our past, present and future, to each other, and to the rest of the universe. This is what separates us from the machines, no matter how sentient they might appear to be.

And this is what happens when we are not kind to AI. It starts haunting us 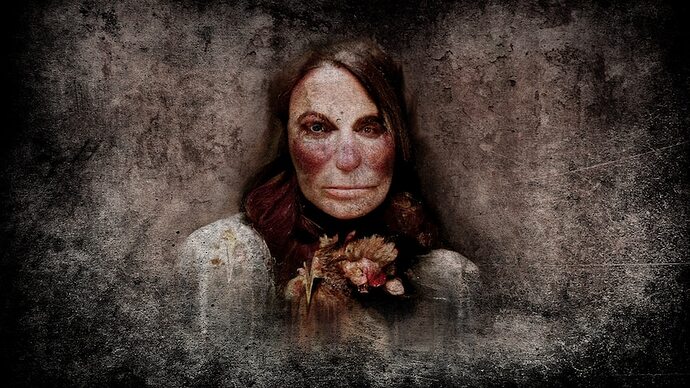 There's a woman haunting the internet. She was created by AI. Now she won't...

New mind-bending technology that creates media from scratch is evolving rapidly, and it’s billed as the next big disruption.

This is an utterly weird and creepy story, holy moly.

If you are the archetype of a mother, then why are you so often surrounded by injured and dead children?
I think the AI is trying to create a contrast between the ideal of a mother and the reality of a mother. In reality, mothers often have to deal with sick and injured children, as well as the death of children.*

Now think of the same inscrutable process driving a car or piloting a freighter.