This topic is for collecting the major online resources relating to study of manuscripts in Pali. Most important are sites that make available the actual manuscripts, but other resources are also welcomed.

Has some nice information and photos. This was a project of the national Library of Laos, and hasn’t been updated since 2011. Includes images, for example the Anattalakkhaṇasutta:

Has an extensive collection of resources, and includes many manuscripts in multiple scripts. Covers a wide range of texts, including the Tipitaka.

Home site for one of the, if not the, most important manuscript preservation projects.
However, no manuscripts online.

Has a collection of various texts, some of which may be viewed online. I am not sure if there are any substantive canonical texts. However they do have, for example, the Dhammapada commentary.

A digital collection of manuscripts from Myanmar, hosted by the University of Toronto. 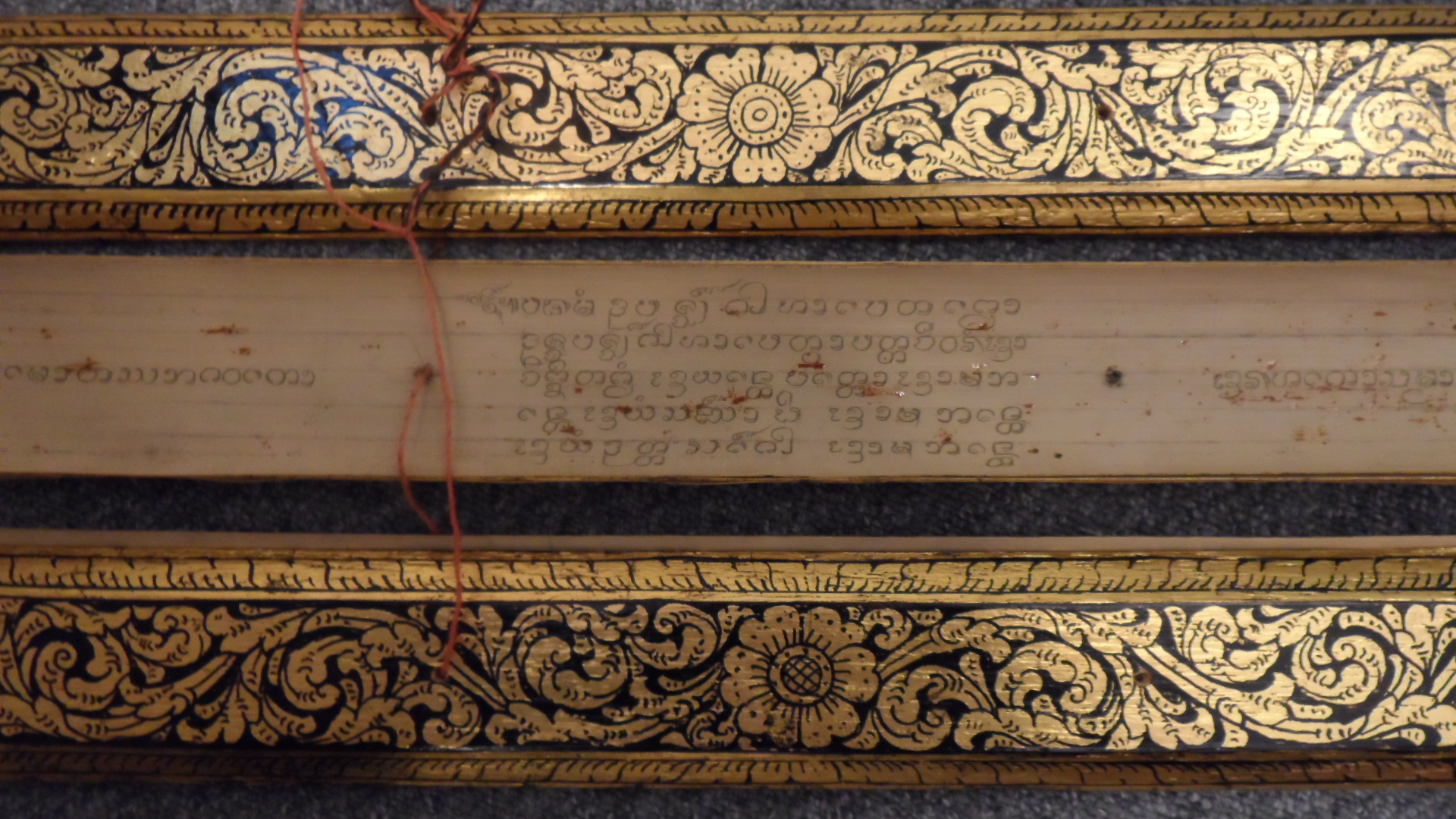 Historically there has been a close cultural and linguistic relationship between the Tai peoples in Southeast Asia (Northern Thai/Lanna, Lao, Phu Thai, Phuan, Shan, Tai Khoen and Tai Lue, to mention some of the larger groups). Tai groups that have...

Has some nice information and photos, but doesn’t seem to host any images.

There are images of manuscripts hosted, e.g. this one. They just ave a weird interface, which makes searching for manuscripts a bit difficult.

The original Pali canon written in the Sinhala script is at the British Museum.

Yet another collection of over 6000 texts has been taken from Sri Lanka. This collection is not only of relevance to Sinhalese Buddhist literature but more widely to the social and intellectual history of the later Theravadin tradition in Sri Lanka.

Originally over 6000 texts were taken from Sri Lanka to France. The present Neville Collection in the UK has 2000.

The first lot was taken by George Turner and the second lot by Hugh Nevill of the British Civil Service.

Obviously, anyone who cares about the Dhamma would want these back in Sri Lanka where it belongs.

Is there any new resources or developments in this direction as of late? I have recently became very interested in tracking down the locations of various historical manuscript attestations of the Pāli Canon.

Is there any new resources or developments in this direction as of late?

We are still pursuing the project to digitize the earliest pali manuscript. But the political situation in Sri Lanka does not make it easy.

there are some other projects. I’ll see if I can get an update for y’all.

I have recently became very interested in tracking down the locations of various historical manuscript attestations of the Pāli Canon.

I’m not sure what you mean: we don’t have a place, so no, we can’t house anything. If you meant digital images, then these are best in the public domain, distributed widely.

The best thing is for manuscripts to be housed locally, but all too often they are neglected, lost, or destroyed.

Ven. Ajahn Sujato, speaking of Pali manuscripts, I am wondering if I could learn to read and understand Pali through online courses? Thanks

Some courses can be found here: Online Pali Courses

learn to read and understand Pali

Listening to Suttas in two languages segment by segment is something I find extremely helpful to get a feeling for the language, and it may certainly complement a more systematic study (which in my case is still waiting for its occurrence… ).

Hopefully the resources posted by Robbie will be of help. There’s usually myself or others here on D&D if you have specific questions.

One library of manuscripts in Thaton, Mon State, Myanmar has been recently digitalized and made available for general public.
You can download the catalog here A Catalog of Manuscripts.
The manuscripts can be downloaded from google drive UPT library .

Buddha sāsanaṃ ciraṃ tiṭṭhatu, bhante!
I have just realized that online is only a sample of the catalog, only few pages. If someone is looking for a particular manuscript, pm me, I will be happy to share the full catalog in private.

There was a download link on that page, but it was 60GB, so too much for me. if anyone has an unlimited download, I’d suggest downloading it and just keeping it as an archive.

I’ve just realized that the information in the initial post about the fragile leaf collection is outdated. It’s being published as a part of a bigger project:

It is a publisher for:

Good old archive.org also has manuscripts - including those from Fragile Palm Leaves.

New digitalized manuscript collections from Laos and Indonesia have been published:

I couldn’t find a catalog with titles so far, it seems one would have to browse them one by one finding titles in marginalia.

Nice, thanks for the heads up!