I just received this recommendation from a friend on a website called ‘Goodreads’. Can’t make heads or tails of it without reading the book. But regarding this brief description, my question is how did someone know the source of Buddha’s wisdom? HELP

There’s a lot of nonsense out there. Surprised?

Hey Javier, not surprised but aghast at the temerity of the suggestion. Peace

my question is how did someone know the source of Buddha’s wisdom?

Hopefully I don’t misrepresent them but I think that in Theosophy, information and knowledge about the world and the past is said to be transmitted by highly realized beings (incarnated or not) called Masters to selected people (e.g. Madame Blavasky), through letters or discussions. In this framework, someone might very well receive information such as the one you quoted above.
I don’t know if Spalding was a theosophist but it seems he was looking for Great Matsers in the Himalayas so it’s quite close. Also theosophist have this idea that all present-day religions come from an original religion, hence their numerous claims of links between various spiritual masters (here Osiris & Buddha).

Now, if we look at it from an EBT’s perspective: the Buddha gave biographical details about previous Buddhas and kings that live long ago. Also, there are devas and brahmas that live for a very long time and seem to be witnesses of things that happen on Earth, and sometimes they talk to humans that can hear them. So it seems possible that some humans would get some knowledge of the past from these beings.

My main issue with this kind of information and publications is not the possibility or impossibility of it (it seems it is possible based on EBTs), but the fact that all these beings that might share knowledge are probably deluded (otherwise they’d be outside of samsara!) and therefore their information can be incorrect or completely false. They could also be lying.

And of course there is the possibility that some of these claims and books are just invented from scratch! That surely must be very bad kamma, I pity these authors

If you want an entertaining read there is the ‘Ocean of Theosophy’ by Judge, a summary of their views on the evolution of the world and humanity, karma, rebirth etc. For me, I was really curious to read these texts at the beginning, but I’ve quickly grown frustated, because well, can we trust them? and if so, so what? I’m still stuck here. They made me agitated and restless and doubts increased. While on the contrary, reading the suttas reduce my doubts and clarify what needs to be done (the path).
But it does not mean that there might not be some amazing stuff out there that we have no idea of; but rather than knowing it from external sources, I’d rather discover it myself through meditation

can we trust them? and if so, so what?

Do you trust her?

Apparently, according to someone at DharmaWheel, I’ll have to find the substantiation, she really did meet monastics practicing in the Tibetan tradition in Mongolia (not in Tibet as she claimed, apparently it is unlikely she ever visited, just looking for that source now).

Whether or not what they taught her was anything close to ‘proper’ dharma, and whether or not she was prepared to receive it, I would not be the one to say.

Hmm, I read a bunch on Egyptian religion some years ago and my understanding is it very much so pre-dates the Buddha on the order of up to 5000 years.

Hmm, I read a bunch on Egyptian religion some years ago and my understanding is it very much so pre-dates the Buddha on the order of up to 5000 years.

…and this is how the mighty and exalted Thus-Gone-and-Gone-Again-One impregnated his wife while dead, before dying again, while still dead all the while.

And within the context of this discussion about Awakened Masters, and Madame Blavatsky and her Theosophy group we must at least give honorable mention to her young protege Jiddu Krishnamurti. Krishnamurti was the man who started me on this path of dispassionate introspection so long ago circa 1969.

I have the greatest respect for the deep thinking of Krishnamurti, and I would love to hear some other appraisals from you all.

The Theosophists were incredible. I mean, the audacity of their ideas, the ability to concoct such astonishing vistas of mystical revelation out of, well, thin air, is a modern marvel.

Sidebar, Sydney used to be a major theosophical center. They even built here the Star Amphitheatre, a temple where where the future Christ/Maitreya was to appear! I don’t know, if I was the coming messiah, I wouldn’t mind appearing on Balmoral beach. 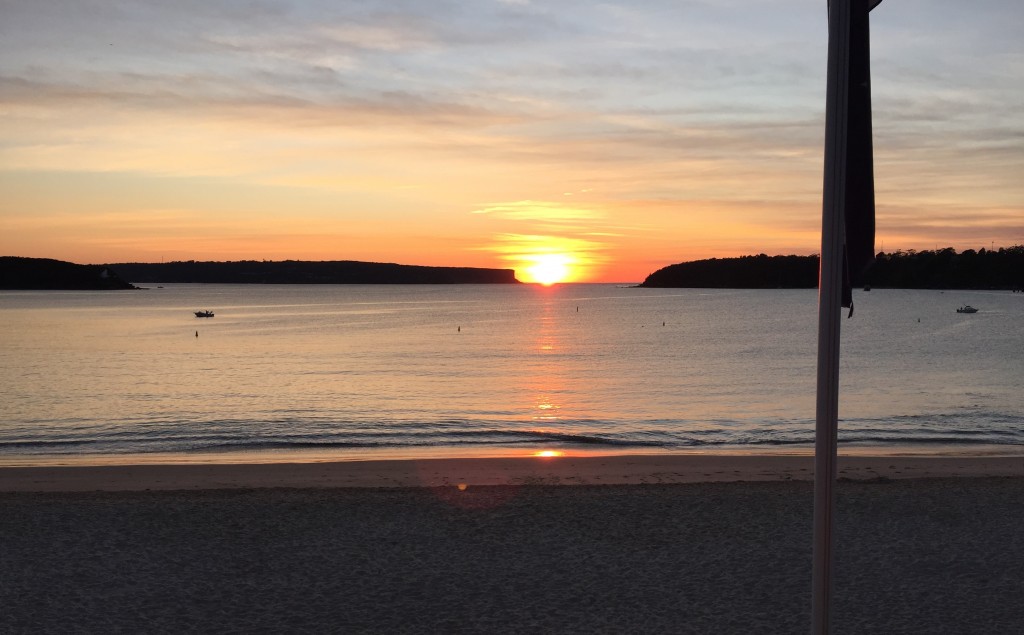 Here’s a nice summary of the thing.

“India’s great misfortune was that the excercice of will (tapas,) has been oriented towards the “I”; instead of the non-“I”. That this exercise of will has been interiorized; when it should have been externalized. And that this exercice of the tapas had its results in ascetism, instead of being a tool to take possession of the world, and of the other men.”

Once said a great pundit (?) on Indian philosophy, and a theosophist.
Gee whiz! - what a difference between the elevated man and the one who pretends to be so. And what a contemptuous attitude towards the genuine ascetic.
I think this guy did not quite understand the issue at stake. Head upside down, I suppose…

There can be no “I”, no “mine”, no “self” to obviate; as long as the “external” steps in.
Where in scheol did Buddha speak about “taking the richness around” - or experiencing beauty, etc.? - as this man pretended to do.

Supernatural just means what it means. Above nature - not beyond it. Still in the kamma loka, or just slightly above or below the human state. A matter of lower gods and demons, for initiated men whishing more out of the kama loka. A sure way to hell, as Buddha said.

All these sects, lovers of mysteries and magic, pretend to be somewhat “buddhist” ; when all that count is to get out of this abyssal and nefarious and transient knowledge.

"They hope and extol, pray and sacrifice for things of the senses, Punnaka. For the sake of such reward they pray. These devotees of sacrifice, infatuated by their passion for existence, do not cross beyond birth and decay, I say."
snp 5.4
…
The Tathāgata knows magic, but the Tathāgata is not a magician’? I understand magic, headman, and the result of magic, and I understand how a magician, faring along, with the breakup of the body, after death, is reborn in a state of misery, in a bad destination, in the nether world, in hell.
SN 42.13

And yet, Ian Stevenson, the reincarnation researcher often portrayed as unbiased — was the son of a Theosophist.

I recently saw The Man from Earth (2007), a fictional exploration of similar themes.

The question, where does a thought or concept or teaching come from, is perhaps an expression of discomfort with the possibility of originality. And of course, human history of punishing originality or change is as long as history of masking or packaging originality as reformation to some pure historical source.

Once said a great pundit (?) on Indian philosophy, and a theosophist

I am fascinated by yor exposition. But I don’t know to whom you are referring. Clarification please?

I don’t know, if I was the coming messiah, I wouldn’t mind appearing on Balmoral beach.

Maybe not the Messiah in this life, but as far as I am concerned…You da Man! And a profound teacher. Namaste with Metta

Do you trust her?

No. But I do not think she was necessarily a fraud as well.

I am fascinated by yor exposition. But I don’t know to whom you are referring. Clarification please?

I was asking myself the same question, I (well, Google…) found a similar quote in a Dhammawheel post… but here as well there is no mention of the name of that great pundit! so we’re back to square one

I had originally mentioned Krishnamurti, but that was not his rhetoric.

Can’t remember. Occult people usually fall in the occult side of my memories.
I had translated this passage from him, while searching on the subject of Indian philosophy.
He was supposed to be a pundit on the matter.
I suppose that if the guy was still alive, his book would be sold at the flea market, and he would be behind the table.
Another friend of David-Néel, I presume.

Anyway the book is on archive.org somewhere.

If I still had my computer, maybe I could have found it back.

Krishnamurti played an important role in my journey of discovery. It was one of his books: ‘Commentaries on Living’ that inspired me and then, I was lucky enough to find a gem: ‘Krishnamurti on Learning’ in a second-hand shop - it was 1985/86. This book had some rudimentary meditation instructions in it that I put to good use along with his emphasis on choiceless-awareness in daily life. The time and place was right for me to apply myself, really give it a go! 11 days later and what had happened in meditation and daily life completely transformed my understanding of what being alive - being human - can be. Fortunately, I never really recovered from this experience. The endless journey of discovery continues with the blessings of the 3-jewels to help and heal.

Awesome. Krishnamurti was one of the deepest thinkers I have ever listened to. I happened to have a large collection of his writings on my hard drive. I would be glad to share them with you or the site in general. With Metta

I have read a few books of his since I was 15 or 16. He had a profound impact on my spiritual journey too. He kind of started me on this spiritual stuff when I was lost and sad. I didn’t really understand him back then as I was young and a lot dumb (now old and a little dumb

) but certain things he had mentioned in his books and tapes shook my child brain. I was never the same afterwards. Thanks JK for that!