Here is an email I got from someone who joined the IDP online discussion, sharing here so the answer can benefit many.

Hi Deepika, I want to share some thoughts with Bhante Sujato @sujato based on the discussion we had the other day when Ajahn Brahm came online.

I asked him about the concept of Paramita, but AB said it was more a Mahayana thought that we have expanded.

But I am a bit confused by the answer. In Kuddaka Nikaya there is Jataka Pali, which is all about the past lives of Buddha and the Jataka stories are based on the Jataka Pali.

Then we hear the example that all beings are like lotus flowers in different stages to be blossomed by the touch of the rays of Sun. So when does the development happen.

If it is not paramita’ or qualities of perfection what is that.

and the entire 28 Buddha’s prior to historic buddha all linked to Pāramitā practice.

This site may be relevant/useful to your question: Pāramitā - Wikipedia

You might want to look into Analayo’s “The Genesis of the Bodhisattva Ideal”.

He discusses how the idea of the bodhisattva developing these “excellences” over many lives may have developed over time.

Of course, a lot of the virtues covered by the Paramitas are pretty standard Buddhist virtues like meditation and ethics, so its not like the paramitas are radically different than what is taught in early Buddhism.

Listened to this talk today, and maybe it could be of use for you too. 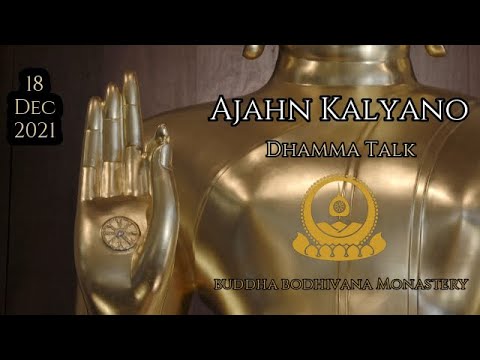 These ideas first appeared in Avadana literature like the Pali Jatakas, which were largely accepted by most early Buddhist schools, even those like the Theravada who appear to have carefully excluded Mahayana ideas from their canon. The fact that these ideas exist in Pali as well as in Chinese and other languages I think shows that they aren’t originally Mahayana literature, even though they are commonly associated with Mahayana sutras today. This is why I think the Avadanas played a central role in the arising of the Mahayana. It’s probably true that the Avadanas are later than the earliest EBT suttas, but just how much later is hard to say, historically speaking.

It’s probably true that the Avadanas are later than the earliest EBT suttas, but just how much later is hard to say, historically speaking.

What are the main arguments for this idea, if you don’t mind me asking?

Generally speaking, it makes sense that the myths and legends surrounding a particular religious figure (i.e. the bodhisattva Gautama and his past lives) would develop and expand over time. And yet, it seems this alone is not enough to prove that all these stories are a significantly later body of literature. After all, we know that mythmaking is present even when a famous charismatic religious figure is alive and is often encouraged by said figure.

I believe that Jataka and Avadana were two branches of the teaching held as canonical by all schools. The emphasis on a “Tripitaka” (i.e. post-abhidharma division into three baskets) may obscure the older “anga” organizational principle.

While the Pali Canon has Jatakas, they were expanded to be 500+ in number. Far more than what is found in the most common collections from India, which have just a few dozen.

What are the main arguments for this idea, if you don’t mind me asking?

I think the situation is similar to Abhidharma. There are early texts and later texts. The later texts dominate the genre that still exists today, but there are early ones like the Dhammapada and its stories. So, for instance, I regard the long, literary avadanas that are in DN and MN/MA to be later compositions that were accepted during the classical era. The fact that Chinese redactors were inserting avadanas into SA and EA doesn’t help my overall impression that they were popular during that era (300-500 AD), to the point that people thought they were just like Agamas. Before that, who knows when they started? I’m agnostic about what took place before 100 BC. We have a few retrospective accounts of it, but they contradict each other so much one wonders whether they are accurate or not.

Perhaps the opinion of Bhikkhu Bodhi on the Bodhisatta path can be helpful to answer your friend’s question:

IM: It’s striking in the suttas that the Buddha never recommends to anyone his own path of the bodhisattva leading to buddhahood, but talks instead only of arahantship as the goal. Why do you think this is?

BB: This is a question to which I have given a great deal of thought but haven’t been able to arrive at a final answer. Several ideas about the Buddha found in the suttas conjointly point toward an embryonic doctrine of a bodhisattva career during the Buddha’s own lifetime. It thus seems hard to believe that while the Buddha was alive there weren’t people who were inspired by his own example as compassionate liberator and, rather than aim at direct attainment of arahantship, instead aspired to attain the supreme enlightenment of buddhahood at some future time. It also seems hard to believe that they wouldn’t have approached the Buddha to ask for guidance in pursuing this goal and received a fitting reply.

But if this is the case, then the question arises: Why don’t we find any teachings on the path to buddhahood in the suttas? Why should they appear for the first time only in later texts like the Jatakas, Avadanas and the early Mahayana sutras?

I can’t provide a definite answer to this difficult and tantalizing question, but I can offer two competing hypotheses, neither of which is satisfactory.

(1) In the oldest period the Buddha was viewed merely as the first of the arahants, surpassing the others simply in his pedagogic skills and personal charisma. Objection: This hypothesis implies that almost everything that we find in the suttas about the Buddha’s powers, types of knowledge and exalted stature is later accretion, which undercuts the credibility of the texts themselves.

(2) The early Buddhist councils were held by monks who pursued the arahant ideal, so they deliberately excluded texts irrelevant to their concerns, including those on the bodhisattva path. Objection: The extant collections include texts giving the Buddha’s advice to householders, housewives and kings on the fulfillment of their respective duties, so they might just as well have included texts giving his advice to bodhisattvas.

So neither of these hypotheses works. The easiest answer I’ve been able to come up with—though it’s not an entirely satisfactory one—is that by his character and conduct the Buddha served as the model for bodhisattva-aspirants, but since his teaching is ultimately about the attainment of liberation, he cannot teach competing conceptions of the final goal. Hence his teaching must finally exalt the person who realizes the final goal, the arahant, and describe the path to arahantship. In any case, the arahant’s path described in the early teachings served as the foundation for the bodhisattva path as elaborated in later Sectarian Buddhism and the Mahayana, so that the latter becomes impossible without the former.

Interview with Bhikkhu Bodhi: Translator for the Buddha - Inquiring Mind