Found a Tik Tok clip of a Dhamma talk given by a famous Sri Lankan monk in Sinhalese where he claims that Parents who have daughters have accumulated bad kamma and this is why they have given birth to female children.

My first initial reaction when I saw this was to cringe and get slightly angry since I am brought up in the west where these kind of statements are frowned upon. But then putting aside my western values, I realised that this monk might not be completely wrong.

The fundamental facts in this human realm is that the females have been dealt a bad hand no matter where they live (Obviously varies to what extent). So have parents who have daughters committed accumulated bad kamma?

How would you argue for or against this monk’s statement based on the EBT’s?

This is still the case today with e.g. construction and women

Karma is not a result from this life but from the previous life. No such thing as instant karma.

sometimes you have to take things to their logical conclusion…

So according to that monk, the ideal race would be made up of men only, who clone themselves.

In the Samyutta Nikaya, when King Pasenadi Kosala’s wife gave birth to a girl and was disappointed, the Buddha told him that daughters can even be better than sons. (Paraphrase) Also where does he think the sons come from anyway? Daughters give birth to them.

It is also well known that external factors like temperature can affect baby sex. 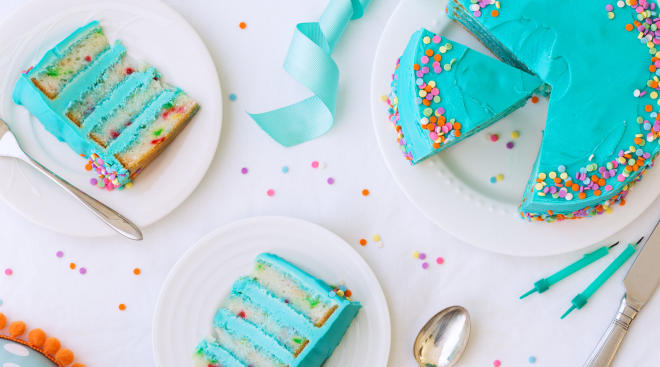 Climate Change Could Affect the Sex of Baby, Scientists Say

Famous Sri Lankan monks say all kinds of stuff. They aren’t speaking for all Sri Lankan monks and nuns, let alone for all Buddhists. Some people (including Buddhists) actually want to have a daughter. Even the Vedas include ritual instructions for people to get a daughter if they want.

Many of the world’s great religions (none of which originated in the West) have taken stances against female infanticide & gender selective abortion, it is a shame that certain bhikkhus can’t see a link between the things that come out of their mouths and the continued existence of these practices in the world. But ok. Some people would just prefer that women don’t exist. This unfortunately seems to be the tone in many parts of the Theravada world these days.

In the Samyutta Nikaya, when King Pasenadi Kosala’s wife gave birth to a girl and was disappointed, the Buddha told him that daughters can even be better than sons. (Paraphrase)

some women are better than men

Forgive my bluntness, but there’s no arguing with hogwash.

Being born as human is a result of bad karma. This world is not a place of abundance.

So have parents who have daughters committed accumulated bad kamma? How would you argue for or against this monk’s statement based on the EBT’s?

Hi. It is meritorious right view (MN 60; MN 117; AN 10.211; Iti 106; etc) to understand there is mother & father who are our benefactors. If having a daughter was due to bad kamma then this seems to logically also infer having a mother was also due to bad kamma because every mother was once a daughter. The view of the monk seems to infer if all people did good kamma, there would only be male species in the world. This denies the basics of biological existence.

MN 135 is possibly the most detailed sutta about the results of kamma. Since MN 135 treats men & women equally as being equal recipients of the same types of kamma, MN 135 obviously does not mention birth as a male or female is due to kamma.

People are strange. I recently watched the movie 50 shades of Gray because a YouTuber made fun of it. He basically states how dumb the novels were written. He said it was even worse than cheap fan fiction. So I was curious and watched the entire movie. Skipped a few parts. But the bottom line is that the guy who is a billionaire, he is the way he is because he himself was a sex slave to an older woman since the age of 15. Until he was 20 or something. But the story made sense to me and I ended up disagreeing with the YouTuber. This movie was probably not all that bad because it probably tells a real world true story, encased in erotic fiction. What if this type of stuff actually happens among rich people? Dude basically was a sex slave to his mother’s rich friend. My point is that even if you’re rich it doesn’t guarantee you a happy life. You never know what is going on behind closed doors. Especially if you’re rich and have the money to dig a secret dungeon or something. Remember the case of Epstein’s Lolita island, where all the big rollers happen to pay it a visit? This world is a weird mess.

Or are we very fortunate to be born as humans?

You may read SN 37. Matugama Samyutta (on Women), which has no SA counterpart.

Or are we very fortunate to be born as humans?

If you’re fortunate you never have the need to lie

you never have the need to lie

Then we are all fortunate indeed!

AFAIK the view and doctrine that human birth is incredibly rare and we are very lucky to be born as humans, is a Hindu brainwash and wrong view. The Buddha never said human birth is rare and fortunate. At all

Many sutta’s describe that birth as human is rare, only a few, many are born in other existences:

“Just as, mendicants, in India the delightful parks, woods, meadows, and lotus ponds are few,
while the hilly terrain, inaccessible riverlands, stumps and thorns, and rugged mountains are many;
so too the sentient beings born on land are few, while those born in water are many.

There are also sutta’s in SN56 with the same message.

Many sutta’s describe that birth as human is rare, only a few, many are born in other existences:

“Just as, mendicants, in India the delightful parks, woods, meadows, and lotus ponds are few,
while the hilly terrain, inaccessible riverlands, stumps and thorns, and rugged mountains are many;

That monk’s opinion appears to contractict at least two suttas:

In the sutta Unconjecturable, the Buddha lists several things that ordinary human beings can’t learn for themselves. One of these things is the exact set of actions that through kamma, have led to a person’s conditions in the present.

In the sutta To Sivaka, the Buddha states that not all events that happen to a person are the result of kamma.

Fish, other animals in water.