This was posted on Facebook this evening by Christian Daniel:

It is with great sorrow in my heart that I announce the passing away of Venerable Bikkhu Samahita Thera.

Not only was he an excellent monk, fully dedicated to the propagation of the doctrine through the internet and his academic endeavours, but he was also a very good friend of mine. He gave me great advice when I was dealing with tough emotional issues, doubts about the doctrine as well as existential crises. Without him, I wouldn’t have progressed the way I have. Moreover, his strong commitment to the doctrine was undeniable, despite being a western man he was very well versed with the doctrine and his views were based on his own interpretation of the Dhamma, which was pure and free from cultural influences.

It’s honestly one of those things that are difficult to understand. Last time I spoke to him about a month ago he was doing alright, I really didn’t see this coming. Had I known this would happen I would have done something for him because he did so much for me.

May you attain the final Nibbāna, Bhante. Thank you for everything. 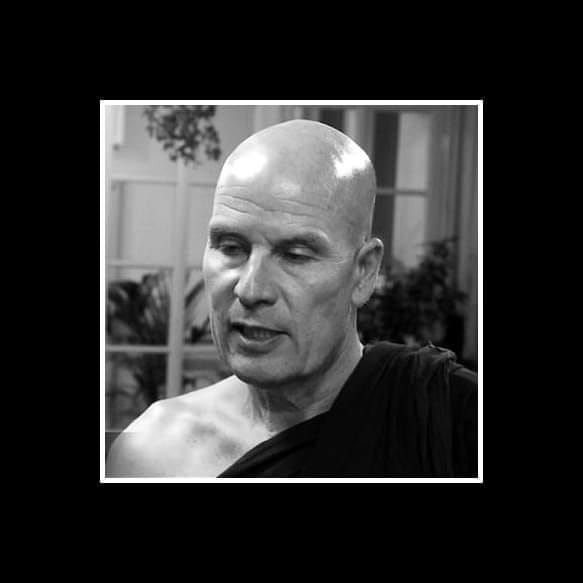 Ven. Sam ā hita Thero (born 1960) was educated as a Medical Doctor at the Copenhagen University in Denmark , and became Associate Professor in Bioinformatics at the Technical University in Denmark, working with theoretical biology, and artificial intelligence. Cooperating with grandchildren of Danish Physicist Niels Bohr (Noble Prize 1922) stimulated a long cherished interest in Quantum Physics, and Einsteinian Relativity.

He arrived in Sri Lanka 2001, was ordained as novice at Maharagama Bhikkhu Training Center in 2002 by the late Ven. Madihe Paññasiha Mahanayaka Thera and fully ordained as Bhikkhu the same place in 2003 by Ven. Ñāna Ratana Mahanayaka Thera . As a monk of the Theravada Araññavasi n Forest Tradition, then he meditates mostly alone in a remote mountain forest hermitage in Bambarella, near Hulu Ganga, Panwila ~ 56 km from Kandy.

His main philosophical interest is the convergence and congruence of ideas within Early Buddhism, Orthodox Quantum Physics, Einsteinian Relativity, Information Theory, and Thermodynamics.

I was not that familiar with Bhante Samahita, other than his postings on Facebook. I looked today, and saw that he was at the Theosophical Society just recently, and I regret that I was not aware of this Dhamma talk.

It’s funny how we understand impermanence, but the sudden passing of a noble Bhikkhu is a bit of a gut punch. Sadness at his passing, just with the idea that he was part of the fabric of this Path for so many. Reflection on impermanence, and the idea that we really can treasure these men and women that have gone forth, and teach us, and how important they are to our lives and training, even if only via the internet. May he realize a most fortunate rebirth.

Wow. This is sad. I knew he was not doing very well. Any detail on the circumstances?
May the merit he accrued by being one of the first bhikkhus to put effort to make the Dhamma freely accessible in the web be a solid foundation for progress along the Path.
I first took refuge in the Triple Gem with him via the website he created more than 13 years ago.

This is indeed sad news. I corresponded with Bhante on a number of matters and took refuge, originally, in his on-line sangha and listened to all his dhamma on air talks. His interest in quantum mechanics and the relationship with consciousness was interesting and I was peripherally involved in some experimentation that was planned. I had booked, a couple of years ago, to attend a meditation retreat with him in Sri Lanka which was cancelled; this was shortly before he returned to Denmark as his father was dying.

May he have a fortunate rebirth, may he achieve the goal.

I only recently found out about him, the only Danish Theravada monk I know. I just wrote to him a few days ago, and was wondering if anything was up, as he usually answers in a matter of hours.

I am sorry I will not get to meet him in person this life, he was a most amazing monk, and his YouTube talks have been very interesting. He has done much good in this life, that’s for sure.

I feel very fortunate to have known Bhikkhu Samahita, however briefly. His daily “Dhamma Drop” emails often arrived at just the right moments in my life - He was encouraging, caring, fatherly, serious, and made himself available to others to share and discuss the Dhamma. I attended a retreat he led last winter in North Carolina - I left feeling inspired and committed to the path. He will be greatly missed - Thank you for your generosity, Bhante.

PS - I was just looking at his youtube channel. Clicked on a random video, and then went to a random moment in the video. Bhante said “…all meetings end in departure…if not before, then at death.” How true it is. He then goes on to speak about rebirth.

I had no idea Bhikkhu Samahita passed away till I saw this. I was thinking about him few days ago wondering what he must have been upto. May he be reborn among us all one last time.

Wow! His website really was a lifeline for me when I was just starting out. And, a few years ago, just sitting in a park in Kandy with some Burmese monks I knew, I saw him passing by, recognized him, and called out to him: he sat and chatted with us for a minute. I was just glad to have been able to actually seen the man who had given me so much. He was doing bad? That’s upsetting to hear. But, ain’t that always the way of it? Well, I’ll chant some metta for him–it’s uposatha today, so that’ll be a good way to spend it. Thank you for the news.

First, excuse me for reviving an “old” topic, but I must.
In this era of isolation and solitude, the periodically drops of “email Dhamma”(i was subscribed both his page and youtube channel) delivered by Bhikkhu Samahita were to me like a cargo plane letting down supplies by parachute in the middle of the desert, to a distressed traveler. So valuable and useful! Even only the title of many of the emails were enough to keep hope alive, just like a constant reminder of the Buddha quote: " Meditate, Bhikkhu, dont be negligent."

I knew of his death yesterday, as I was missing precisely his “Dhamma-supplies”… So sad, I immediately recognized a big loss… I can only say Thank you so much Bhikkhu Samahita! May the merit be with you.

Does anyone know if he left behind any writings or essays on the links between Dhamma and physics or biology?

Edit: I did find one essay of his on his Academia page:

How Real is Reality?

Early Buddhism squares well with both Einsteinian Relativity and Quantum Mechanics. All 3 theories converges on a subtle world view, that consciousness is fundamental in manifesting information into the emergence of the phenomenological physical