Portraits of Buddhist monks along the Silk Road

Here are a few details mostly from murals at Bezeklik Thousand Buddha Caves (around 1000 years old). They depict various monks and laypeople along the Silk Road in religious scenes. The pictures here mostly come from scans of a book published in German. I have adjusted the black and white levels so the originally faded colors became richer and more vivid again.

The Central Asian monks would have probably not followed the Dharmaguptaka Vinaya, or otherwise followed Chinese tradition. Note the different colored robes, different ways of wearing robes, the slightly different hairstyles, the facial hair… the fact that all the figures have eyebrows… The impression is quite different than from seeing modern monks in Thailand, for example.

There are a few ethnic Chinese to be found in here, such as the figures on the left in the first picture, but most of the figures are Tocharian (Caucasoid type people who were the majority of old inhabitants), and the original Uyghurs (Mongoloid type invaders who established their own dynasty).

The Tocharians are the ones with prominent noses, while the Uyghurs tend to have light skin, dark hair, and sometimes small mustaches. The artists paid attention to detail in the clothing and styles of the donors and laypeople, so their depiction of the monks is probably fairly accurate as well. 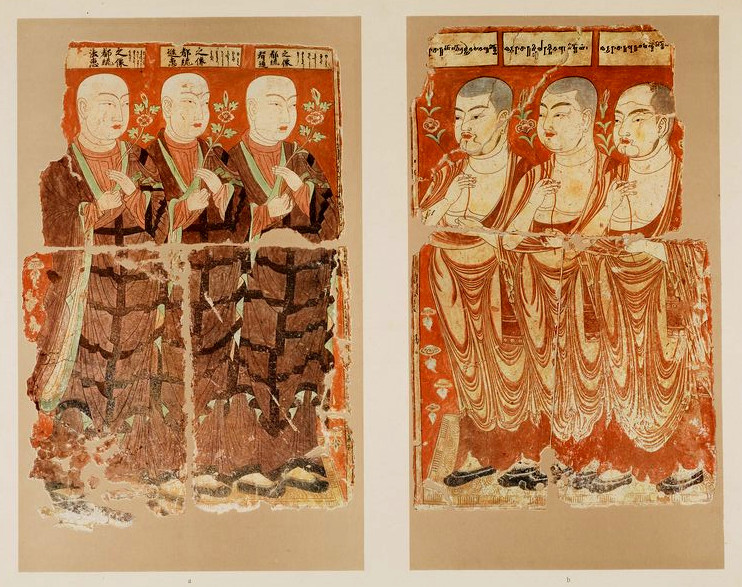 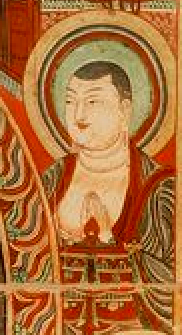 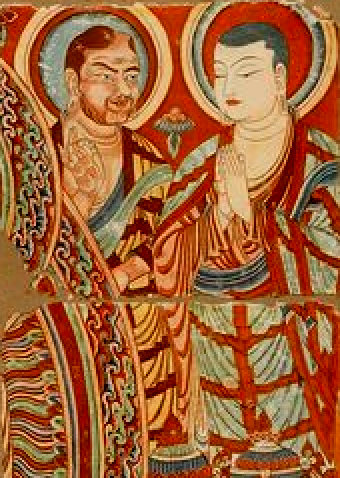 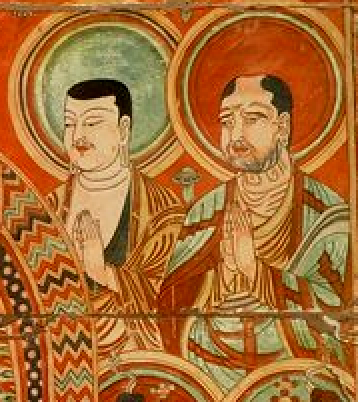 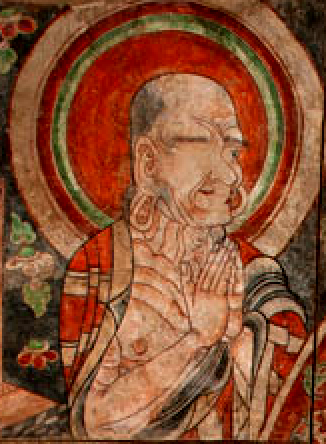 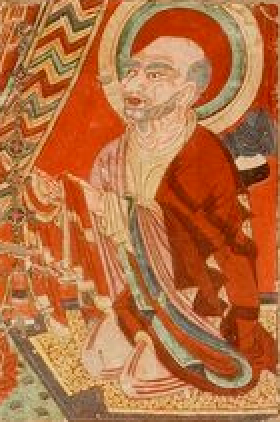 This one is apparently 3rd-4th century and has Hellenistic influences. 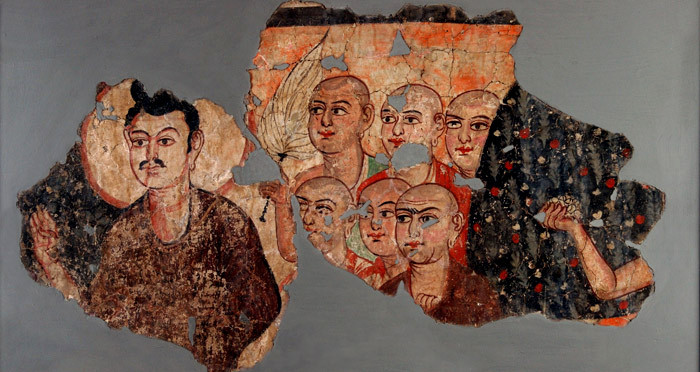 This last one is sort of generic and iconographic, but the others seem to be depicting real individuals, almost like taking a time machine back.

For comparison, the depiction of the Buddha and monks in religious art from northern India, Gilgit, Kashmir, and Tibet. It is pretty consistent in primarily showing the Buddha and monks with black hair and red robes. These areas would have been predominantly Sarvāstivāda / Mūlasarvāstivāda. Note the lack of individualism in all the figures. These are very iconographic depictions. 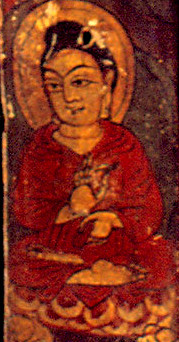 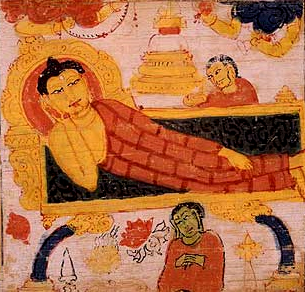 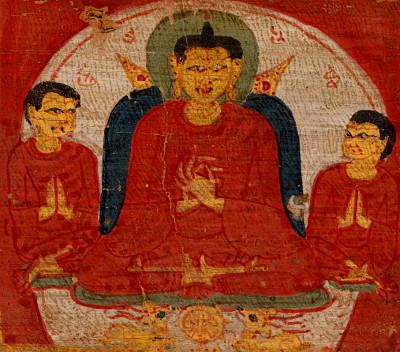 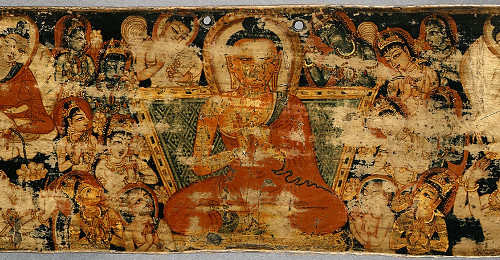 Tibet, 11th century. Tibetans pick up the same style including the blue and white trim. 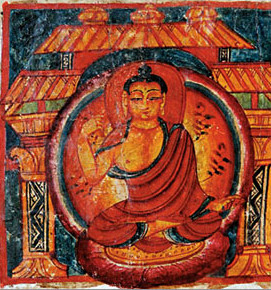 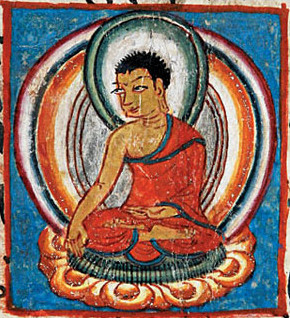 Finally, I thought the earlier paintings at cave complexes in India had colors that were so deteriorated that they were not discernible anymore. But I did find one picture that actually still has nice colors. It seems to show the Buddha wearing different colored robes, though. Notably, here are yellow and red. Note the blue trim on the yellow robe, similar to what we saw in Kashmiri and Tibetan paintings. 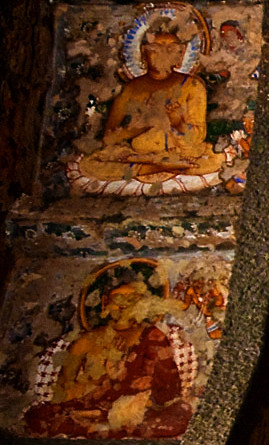 Sorry about all the uploading. I try to make the file sizes small while still retaining decent quality.