‘The explanatory value of the idea of reincarnation’

Thank you, @Mat! I look forward to reading this!

I will begin by saying that I am not a statistician though I have a masters degree in psychiatric research. I’m not published either. I believe I’m not biased in that while I do believe in rebirth I did not think it is scientifically provable. So this is my impression of statistics which I saw in his papers.

The reported percentage of memories of rebirth that have been verified by tracing those past lives is 90%, and he and his associates have collected nearly 1600 samples, which is both very high. (He collects these mainly, but not exclusively, from cultures believing in rebirth, which I think is explained in terms of stigma and underreporting, a pattern commonly seen in cultures where for example, mental illness is stigmatised). A large sample size means that what is being measured is less likely to be due to a random occurrence. It also means the researchers are likely to get a stronger indication of the link between rebirth memories and rebirth verification. Even if the numbers verified was 50% that is still a lot higher than what is considered a figure which could happen due to chance, which is around 5%. Recall bias is an issue here due to the children often forgetting their memories. This would further reduce the likelihood of them remembering verifiable facts about a past life, therefore strengthening the true association between memory and verification. It does seem there is a statistically provable relationship between having past life memories and being able to find a matching past life in view of the large sample size and strength of link. It is higher than suggested by chance or error. The strength of association doesn’t mean causality however. But in this case the birthmarks and high prevalence of traumatic deaths provide a dose-response type scenario where two injuries showing two birthmarks further reduce the possibility of this being due to chance, and strengthen the case for cause and effect relationship. The flow of incidents in time also suggestive of a causal relationship. If we assume rebirth is real for a moment, the phenomena studied also becomes logical, strongly suggesting the case for causality. It is said that it is not possible to prove something exists in science but the approach is to hypothesise that something doesn’t exist (‘null hypothesis’) and see if this can be disproved. I am not able to calculate this but the data is highly suggestive of the null hypothesis being disproved in my opinion.

For anyone interested, here’s a new book by Ven Analayo coming out in the spring: 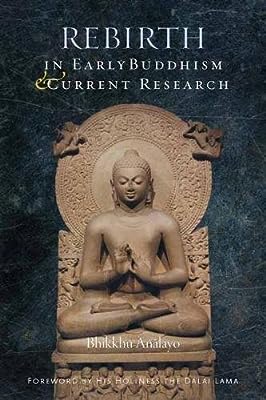 Join a rigorous scholar and Buddhist monk on a brisk tour of rebirth from ancient doctrine to contemporary debates. German Buddhist monk and university professor Bhikkhu Analayo had not given much att ...

Here’s one that’s already out: 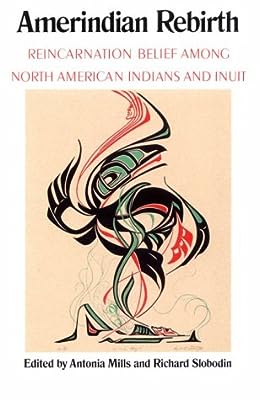 Until now few people have been aware of the prevalence of belief in some form of rebirth or reincarnation among North American native peoples. This collection of essays by anthropologists and one psyc ...

It’s very well-reviewed. Numerous articles from authors such as Obeyesekere, Slobodin, and some guy named Stevenson…