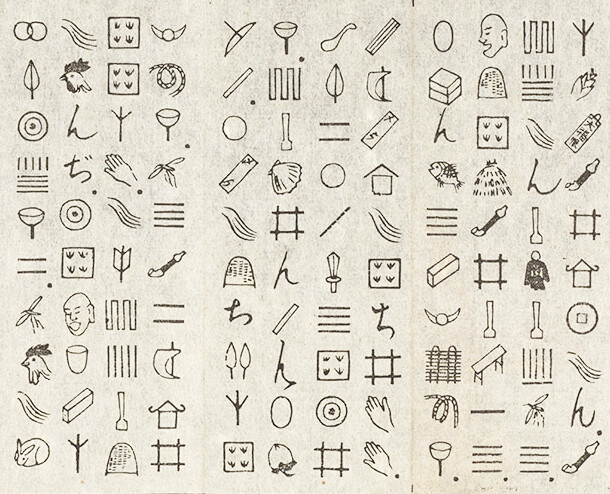 Some Japanese texts use a rebus-style script for teaching the illiterate to recite the *Heart Sūtra*, and other sacred texts, in Chinese.

Not EBT, but still interesting. From the Article:

In order to circumvent these issues in the seventeenth century, Japanese printers began creating a type of book for the illiterate, allowing them to recite sutras and other devotional prayers, without knowledge of any written language. The texts work by a rebus principle (known as hanjimono), where each drawn image, when named aloud, sounds out a Chinese syllable, akin to how the emoji sequence

approximates the phonetics of “I read a rebus” (I + “red A” + “re” + “bus”). Famously, the Japanese physician, scholar, and travel writer Tachibana Nankei (1753–1805) reproduced an early example of a Heart Sūtra for the illiterate in his 1795 Travelogue of East and West (Tōzai yūki).