Reflections on Entry to Rains at Mettarama, Sydney

I don’t often do this…but I just wanted to share something that I have been feeling recently about the topic of vassa (on the occasion of entry to rains at my monastery, which is Mettarama in Sydney). I don’t know if it will make much sense internationally outside of the Australia-Pacific, but I hope it might, especially if you have heard the word “post-colonial” before. To understand, it helps if you realise that colonialism is a brain and body disease where your language, your culture, and most of the things you think and feel exist in this type of hopeless disconnect to the nature, seasons and world you see and feel around you. Your language lacks the words your need to “see” your own country.

Nothing you feel or think is “real”. When you think of autumn (fall), you think of Northern hemisphere orange tree leaves, and are blind to the pink and purple ripening lilly-pillies. When you think of winter, you think of snowmen, and miss the eucalyptus flowering. Colonial thinking not only is false consciousness- it is dead thinking, which has no poetry, no rhythm, no life.

As a product of the mainstream Australian school system, I grew up intellectually crippled by the way that indigenous knowledge just was not a part of my education. As an adult, I worked for a bit in a federal government funded pre-university pathway for indigenous and rural students, but I became disillusioned by the way the school system basically shames indigenous kids for not being white. From year one, we are taught the four seasons. I went home and talked about this strange piece of information with Mum and Dad, and they told me that there are also two seasons: wet and dry. (Australia’s climate is diverse, but basically nowhere here actually has four seasons.) Were there other students who went home to talk about the “discovery” of the four seasons with Mum and Dad, only to have their eyes opened wide by the reality that the calendar is an annual cycle of animals and flowers, of kangaroos, wedge-tailed eagles, koalas, catfish, possums…?

So I wrote the article below to express my feelings: 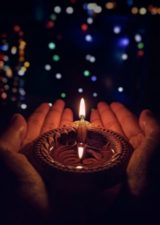 Reflection on Entry to Rains 2021/2564BE: Buddhist customs, local indigenous...

Just like my education, my religion is out of tune with the seasons and physical reality around me. It’s vassa, but to be honest, mostly what I have been feeling is not the rainy season at all. It is simply not the rainy season here, as precipitation levels will be decreasing soon. It is the beginning of the lyrebird (Wiritjiribin) season, the cold dry season, and the Marrai’uo (a type of wattle) will be flowering soon.

I love vassa. But there is a level of antipodean seasonal disconnect I have with it. To explain…one of our activities as kids was painting a gum tree stick gold (AKA “making a Christmas tree”) in the middle of boiling Summer and pretending like it’s European Yule. Australia is not Europe, climatically, and the celebration of Christmas requires the suspension of disbelief on more than one level.

Neither is Australia India, nor is it really our rainy season, nor am I inclined to suspend disbelief and live disconnected from my body. The reality of our seasons becomes more obvious when you are actually itinerant in Australia. We put vassa right in the middle of our best, dry travel time here.

Welcome to the lyrebird season, everyone!

Local calendar from one of our Sydney region indigenous language groups:

Thank you Ayya, that was a really good read and very informative as well

Thank-you Ayya, for your article and the details of an indigenous understanding of seasons

I certainly relate to what you say, and living close to nature the pertinent things that demonstrate the change of seasons are so different - not just for north/south hemispheres, but also for the city/country divide.

Basically I feel that there is a huge disconnect from the realities of nature all round. There are so few people now who understand the realities of ‘nature’ it is quite concerning… How can one even take climate change or even basic environmental stewardship as seriously as one should, when one has no understanding of the ‘impact’ on plants and animals on earth and in water.

In many ways, I feel that the ‘reality’ of our existence on the planet has been covered over by a conditioned/constructed ‘conventional understanding’ that is pretty much completely deluded.

Hopefully things like the very overdue acknowledgement and appreciation of the indigenous understanding of Country will have a positive impact, on the currently entrenched views.

Down here in the Eastern Maar Country, we have a bit more synchronicity with the weather conditions for Rains/Vassa … June-Sept is WET WET WET and cold and VERY windy… definitely the time to hunker down in shelter.

I attach a link to a document by the Eastern Maar Corp, just in case you are interested

where on page 14 there is the outline of the 6 seasons down here. Australia is such a vast and diverse continent.
https://easternmaar.com.au/wp-content/uploads/2020/01/eastern-maar-country-plan.pdf

With much metta and best wishes for Vassa

Thanks so much, I’ll have a look! Australia is so diverse…I appreciated vassa at Newbury in the cold snowy wet, although it could have been one month earlier.

and a very educational one too!

Somehow the sense of disconnect we feel
one of our activities as kids was painting a gum tree stick gold (AKA “making a Christmas tree”) in the middle of boiling Summer and pretending like it’s European Yule.

Reminds me of sticking cotton balls on a sparsely needled fir branch for Christmas in Colombo and pretending it’s snow.

I too was another kid of a colonial education system disconnected from the land, traditions and language

Thanks for sharing this reflection, Ayyā! Certainly makes me think about how our religio-cultural values mesh with our present-day circumstances—especially now that Buddhism is worldwide.

Indeed, in much of the Northeast US, the winter—snowy, frigid, dangerous—seems like the most reasonable correlation to Vassa, especially since it doesn’t really get that rainy.

Thank you also for pointing out the emotional and communal aspects of the tradition, though, because we can often forget that much of the practice is about nourishing the heart, even if/when that’s not always apparent

I love vassa. But there is a level of antipodean seasonal disconnect I have with it. To explain…one of our activities as kids was painting a gum tree stick gold (AKA “making a Christmas tree”) in the middle of boiling Summer and pretending like it’s European Yule. Australia is not Europe, climatically, and the celebration of Christmas requires the suspension of disbelief on more than one level.

Neither is Australia India, nor is it really our rainy season, nor am I inclined to suspend disbelief and live disconnected from my body. The reality of our seasons becomes more obvious when you are actually itinerant in Australia. We put vassa right in the middle of our best, dry travel time here.

Strange, how culture works, isn’t it? In the United States, the snowy Christmas was turned into a major part of our modern mythology for a number of decades after World War II. Frosty the Snowman. Jack Frost. Rudolph the Red-nosed Reindeer. Etc. It all made sense to me as a child because I grew up in the Midwest where a snowy winter and four seasons was the natural order of the universe.

But if an American was in the South or on the West coast, none of that would have made any sense unless they were a recent immigrant from the East. Snow? What’s snow? In southern California where I am today, rain is an amazing thing. We had a morning shower in July this year, and people literally stood outside their front doors looking blearily up at the heavens. “This never happens!” my native roommate remarked.

To me, a four-season person, California is equal parts bizarre and wonderful. In the “winter” (which my mind considers a new and wondrous season called “Fall-and-Spring”) it cools off and rains. Some trees are confused and drop there leaves; I suppose because they, too, are transplants from a different climate. The native trees, however, know what time it is: Time to bloom and grow as much as possible! It’s the rainy season! Yay!

Myself, I’m practically an eskimo, having spent most of my adult life in a place where cold weather would last four or five months. The mind’s conditioning by the past is so clear and obvious in situations like this.

Such a good essay, and so in line with my own migrant (UK —>NSW) experience. It’s illogical that seasonal practices should be transported according to the Gregoriyan calendar, with no attempt to match season to season.

It’s even called the Rains retreat, so holding it in a drier season makes little sense. Far wiser to respond to the felt environment.

Regarding Christmas, it’s rather ironic as well, because Christ wasn’t born on 25th December. Celebration of his birth - in Europe - was grafted onto an older Pagan observance of the winter solstice. An event that wasn’t originally seasonally connected became totally identified with cold winter.

Perhaps one of the long term effects of globalisation will be that people will rethink the transplanting of traditions.