Sukhihontu Bhante, Brothers and Sisters in the Dhamma

May I kindly request some guidance/feedback/advice on this matter: in my early days of learning buddhism, and also in my lack of understanding then, I had been buying “dhamma books” for my kids aged 11 and 9 then. The ones i usually found on sale on amazon were mostly jataka tales and even those available dhamma videos on youtube are jataka tales. It is later that I had come to understand the distinction of early buddhism versus books/text that were included later.

That had left me in a real quandry, as I realised that I was inadvertently guiding my kids towards addhama. This had me really concerned as I am also unable to find material suitable for them, as suttas can be too tough for them to digest.

Then I remembered this excellent video that was made based on the story of Cula Panthaka
and was hoping to look for more stories in the suttas of the early nikayas which could be made into such videos not only for my family but for the benefit of others too.

This is the video mentioned

I would be most grateful for recommendations of stories in suttas from the early nikayas you may know which would possibly be suitable for this purpose. Thanking you kindly with metta, Bro Dhammajiva Sam Tan

That had left me in a real quandry, as I realised that I was inadvertently guiding my kids towards addhama

Welcome to the Forum

I would doubt that. The Jataka tales, stories of the Buddha in earlier lives, are often used to introduce little ones to Buddhist values. Think of them as “instructional fairy tales” if you like

Buddhist gems is a wonderful group, and here is another resource for you from Santi Monastery … brb with link

Welcome to the forum @dhammajiva !

As far as early materials go it is true that the Jataka texts as we have them in the Pali Canon reached their final wording much later than some of the other material, but this doesn’t mean they are adhamma! Many of the stories where almost certainly old stories even when the Buddha was a child, the Buddha and his followers then took these folk-tales and used them to illustrate truths about the Dhamma, this probably started even in the days of the Buddha and went on to this day!

There are suttas including animals that would lend themselves to visual representation presenting a hard hitting message such as: SN 22.99,100, SN 35.206, SN 47.6, 7, but would require a sophisticated production.

There are these two videos that might give you further leads:

Sadhu and thank you for the kind feedback

Hi there i admire your efforts to teach dhamma to your children. I have young children and have read them a little illustrated ‘life of the Buddha’ which was good though i cant remember where i got it from. The jatakas have some good messages in but i have found it hard to find good publications that are well written i.e. not in broken english.

One thing i thought was very good was an episode of ‘Bluey’ called ‘Bluey and the wise old Wolfhound’ which is based o the story of Kisa Gotami and the mustard seed. It was very well done and my children were fascinated to hear that its a buddhist story. I realise your children are older so it may not be of much use, though i enjoy bluey and im 29!

I think its important to remember to show them the dhamma by practicing it ourselves and answering their questions honestly. I think its something we come to (or not) in our own time. I have an older buddhist freind whom i greatly admire for her patience with the practice and raised her sons buddhist and i dont believe either of them practice now, so you just dont know.

I know you were asking for suttas, but the commentary to the Dhammapada has stories that you may find are more sutta connected than the Jataka stories. They each tell the background behind a Dhammapada verse.
https://www.ancient-buddhist-texts.net/English-Texts/Buddhist-Legends/index.htm

The Vimana Vatthu and Peta Vatthu are also lots of stories. The whole SuttaFriends.org website, while not exclusively for children, is done with simple language and other tools to help new people approach the suttas.

Technically the Udana is all stories, so they might be helpful. As well, the suttas in the Sāgāthavagga (first 11 chapters of SN) are basically stories.

Someone mentioned stories from the Vinaya. This book is just the Khandhaka section of the Vinaya: 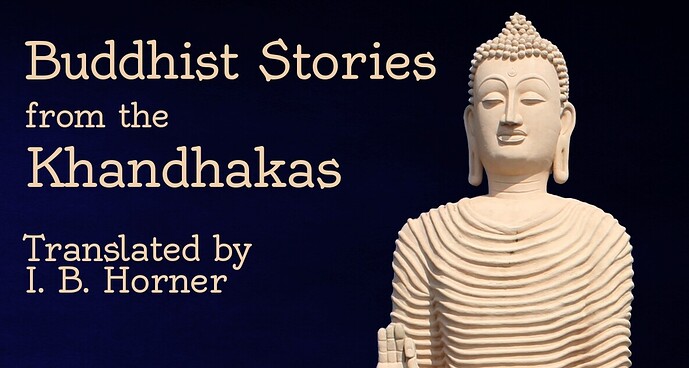 Buddhist Stories from the Khandhakas: Selections from The Book of the...

Have you ever thought about reading the Vinaya but aren’t sure where to start? This new edition of the section called the Khandhakas was made for you. The Vinaya is mostly guidelines for the monastic community. It also contains countless stories...

Part of the problem with many of the kids Jataka books out their is either that they mess up the story and/or don’t include the frame story that explains why the Buddha gave the teaching. I also find the stories published from Mahayana places will sometimes tell them in a very different way from the Pali.

If you are looking for a general resource for kids, there is a lot of traditional material on the SereneColombo.org website.