Resources for understanding strata of EBT's

According to traditional accounts, the agamas / nikayas were more or less compiled at the same time and everything is thus early. But from research done on the agamas, nikayas, and various commentaries and treatises, Yin Shun and other scholars have convincingly demonstrated some order of development.

Aside from The Fundamental Teachings of Early Buddhism, and A History of Mindfulness, does anyone know of good resources that meaningfully address / advance an understanding of these strata?

One reason I ask about this is that it seems interesting to me that the EA / AN in terms of format seems more similar to the SA / SN, despite being chronologically the last in this order. Has anyone determined what the criteria was for gathering texts into the EA / AN, and what strata(s) these original materials might have come from?

It seems to me that there are clearly some developments from SA / SN, to EA / AN, such as the role of laypeople in the Buddhist community, the expansion to 10 forms of mindfulness, and more materials about pratyekabuddhas. But many of the texts also seem to be quite close to what we could see in the SA / SN, and more or less like elaborations on original formulae.

does anyone know of good resources that meaningfully address / advance an understanding of these strata?

These works may be relevant to your question:

Has anyone determined what the criteria was for gathering texts into the EA / AN, and what strata(s) these original materials might have come from?

https://drive.google.com/file/d/11tSeKTznVzFDnj73Q5Ad30nMC0UicGQk/view
HOARY PAST AND HAZY MEMORY
ON THE HISTORY OF EARLY BUDDHIST TEXTS*
OSKAR V. HINÜBER 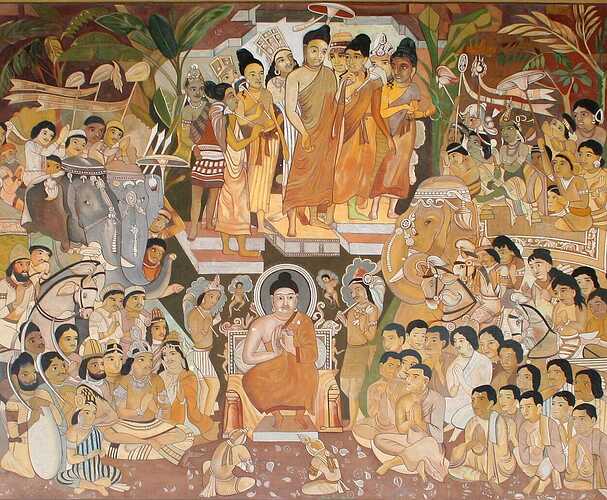 The Buddha’s life and teachings as they’ve been passed down to us.

A collection of articles, videos and links

Contains what I take to be @sujato s currentish view about the strata?

Much interesting material by mark especially

Allon 2018 Formation of Canons in the Early Indian Nikayas

The new Gāndhārī manuscript finds from Afghanistan and Pakistan, which date from approximately the first century BCE to the third or fourth century CE, are the earliest manuscript witnesses to the literature of the Indian Bud-dhist nikāyas or

on the Three-aṅga Structure of Early Buddhist Texts

This is a topic I am deeply interested in, and one where I have a very different view to Yin Shun - Choong Mun-keat - @thomaslaw and @sujato in that I think it is fairly likely that SA/SN is later than much of DN/DA and MN/MA and more intermediate between those and the Abhidhamma. This position is based on a number of observations but primarily around the permutative, combinatorial, mechanical style of the Samyutta versus the narrative style of much of DN and MN.

It would be great if we can revive this topic and get some more resources collected in one place.

the permutative, combinatorial, mechanical style of the Samyutta versus the narrative style

It’s an interesting point, and in a way, I think the truth is going to lie in-between extremes of both: overly-developed narratives are a definite indication of lateness. But one thing with SN/SA is that, even if you just del all those mechanical repetitions, it doesn’t actually affect the doctrinal content.