**In a series of social media posts today, the Myanmar Now news agency reported that the Ma Ha Na had issued a draft five-point statement that called on the military junta to end “the violent arrest, torture, and killing of unarmed civilians by the armed minority and to prevent the looting and destruction of public property.” (Myanmar Now Twitter) **

According to the independent Assistance Association for Political Prisoners, since the coup began last month, at least 202 people have been killed as of 16 March.

Sadhu! May Myanmar find peace at the end of a long road!

“A rift with the authorities would mark an important boost for opponents of the ruling generals.”—Reuters 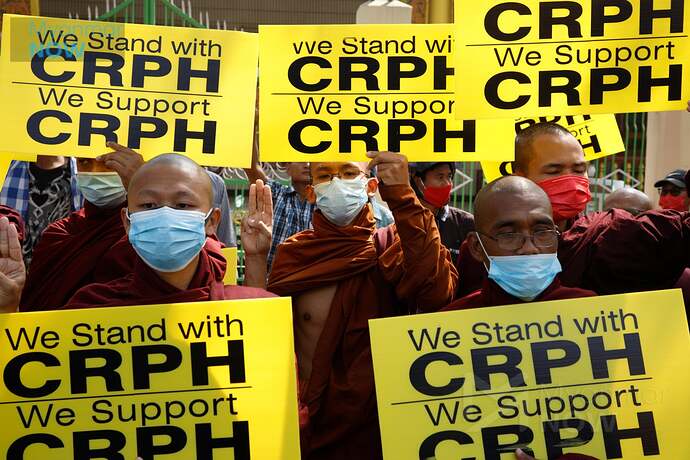 The Cabinet of Committee Representing Pyidaungsu Hluttaw (Burmese: ပြည်ထောင်စုလွှတ်တော် ကိုယ်စားပြုကော်မတီ အစိုးရအဖွဲ့) is the cabinet of Win Myint recognized by Committee Representing Pyidaungsu Hluttaw (CRPH) to remain as the legitimate government of the Republic of the Union of Myanmar after the military coup on 1 February 2021.

May peace prevail upon Myanmar. 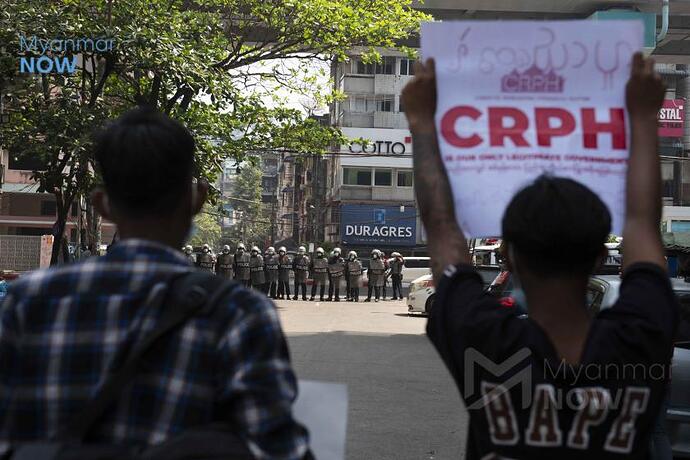 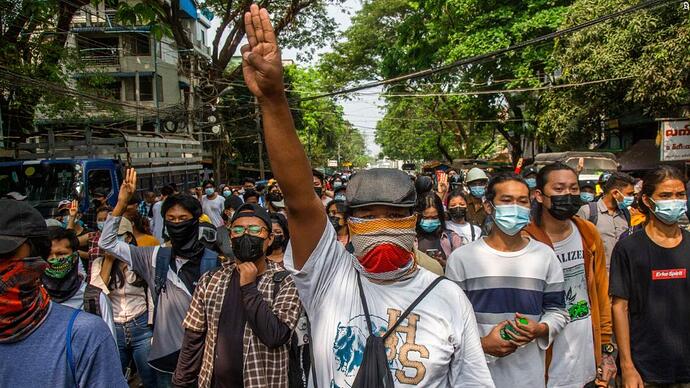 Security forces killed more than 90 people across Myanmar on Saturday in one of the bloodiest days of protests since a military coup last month, news reports and witnesses said.

Please be careful and investigate this kind of news, because there are so many propaganda and fake news nowadays in mainstream media even from seemingly trusted entities. Getting the whole picture from every parties involved is definitely a good rule of thumb. I’m very wary of news that only always depict one party as good and the other as 100% evil.

That said, I hope there can be peace in Myanmar and throughout the world. Sadhu!

Other countries to recognize alternative government: 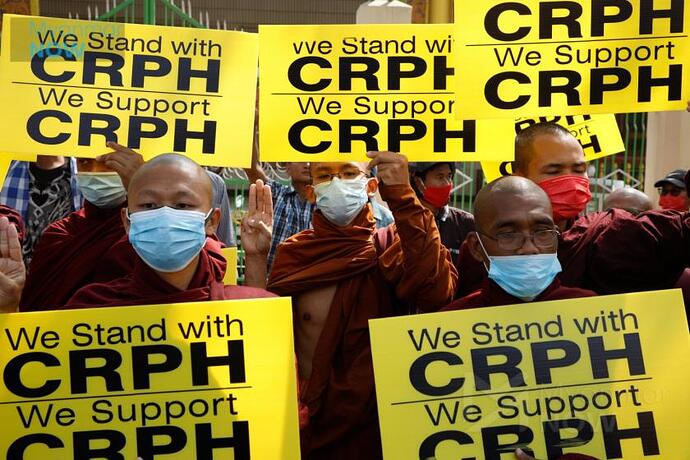 Some countries will officially recognise Myanmar's shadow government in the...

It is true. ‘An Eye for An Eye’ definitely not the solution for Myanmar.

Meanwhile, be mindful in every thoughts, words or acts, please do not poison the Myanmar People with anger, hatred, revenge, etc.
Such action just creating complicated situation.

May peace prevail upon Myanmar.

‘An Eye for An Eye’ definitely not the solution for Myanmar.

Sounds like kamma for the way they handled the Muslim minorities with no place to stay as their country.

Anyway, there’s a lot of issues of attachments to land, buildings, etc, even if there’s no attachments to government, there could be attachments to concept of country, nation, culture etc. It’s not an easy thing to convince most people to walk out to another country.

Reflecting on this to my own country, Malaysia, there’s plenty of times that the extreme Malays told the minority Chinese to go back to China if you don’t like how they are handling the politics and government there. Although the % of Chinese in terms of total population fell almost 20%, and brain drain happens to many Chinese kids studying overseas (including me), and staying, settling overseas, there’s still this loyalty notion to want to come back and vote out the corrupted political organisation in charge. So I would say that this is largely a non-solution for some.

That said, their government is actively killing their own people, the opposite of the duties of kings, so I can see the rationality to value life and security more than all the other attachments inherent in a land, that is to migrate. Covid lockdown wise, it’s actually almost not possible to do so now, practically speaking.

To be clear I’m not advocating for forced relocation lol

Just provide the opportunity for those who want it. As you say, it wouldn’t actually be that many people so the “burden” on WEIRD countries wouldn’t be that big (even assuming refugees are indeed a burden, which the evidence suggests is far from true). Even just providing the option would be huge for those who feel trapped because, as you say, it’s very hard to leave at the moment. As everyone knows: a cornered animal is much more likely to get violent than one that can run away. I see it as an important step towards de-escalation

their government is actively killing their own people, the opposite of the duties of kings

Yes. This draws attention to how such secular events must be carefully classified under mundane right view, the knowledge of kamma. In DN 16 the Buddha was asked for advice on the outcome of a planned invasion of the Vajjians by a rival king. He said that the Vajjians would continue to prosper as long as they adhered to seven conditions of order in society, thus relying on cause and effect. One of these was to abide by laws which have been decreed, which the rogue Myanmar government has not done in refusing to accept the results of the election, therefore their downfall can be expected and the CRPH ascension to power deemed inevitable.

Good? The more the merrier!

Not a problem if rich countries never stop

Exactly. WEIRD countries have to refuse to buy into that narrative. In fact, refugees are safe and desirable. As soon as we start to treat refugees as a threat or as an undesirable population, we’ve taken the side of genocide.

As soon as we start to treat refugees as a threat or as an undesirable population, we’ve taken the side of genocide.

That’s not what I am saying. Perhaps all the pronouns got mixed up in my message. It’s not that countries receiving refugees treat them as a threat or an undesirable population. It’s authoritarian governments that see certain populations as threats or as undesirable. One solution they have arrived at is to persecute these people to such a degree that they flee and other countries will agree to accept them as refugees. Doing so plays into the hands of authoritarian governments, giving them exactly what they want which is control over those individuals who stay in their countries. Authoritarian governments are not stupid. They are doing this deliberately.

In the present case of Myanmar, governments around the world should understand that if they don’t send clear messages to the military in Myanmar they risk emboldening the regime to crack down on the population. It is dangerous for governments to be manipulated by authoritarian governments that are undertaking a deliberate effort to de-populate their countries of people they see as a threat or somehow undesirable. Moreover, they should act to stop governments from undertaking acts of genocide in the first place. If the governments of Southeast Asia, along with the government of China, the United Nations Security Council, the European Union, the United States, and Russia had been clear with the Tatmadaw, perhaps a lot of this could have been avoided.