The epic of Gilgamesh is the oldest large scale narrative of the heroic type, dealing with Gilgamesh and his adventures and founding of his city of Uruk. It is well known to be the oldest source for the flood myth, and influencing among others the story of Hercules. It also has some interesting parallels with the life of the Buddha; specifically, the narrative crux between two journeys for the hero, one leading to worldly prosperity, one to spiritual success in overcoming death. Gilgamesh succeed in the first and failed the second, in which the Buddha succeeded.

Since the epic was very popular and widespread long before the Buddha, there’s no particular reason why it should not have influenced the sphere of Indian mythology. There was trade between the two regions going back at least to the Harappan times. And the wandering Indo-Europeans would surely have encountered it on their way to India.

One detail that I just found out: Gilgamesh includes the mention of “seven sages” as foundational wise men. They helped found cities, and seem to be something of minsters or advisers. They were winged figures with bird faces, so not exactly human.

The vedas famously have a list of seven sages, and the Buddha is called the “seventh sage”.

At SN 8.8 and various other places (Thag 21.1, Snp 2.12, MN 56) we find the epithet for the Buddha, isisattama. All of these cases are very poetic in nature, and with the exception of MN 56, all are attributed to the most flowery poet of the early sangha, Vangisa. The term also appears several times in later verse compilations such as the Apadānas and Vimānavatthu. The most obvious reading for this is “seventh sage”, where isi is the Pali form of the better-known Sanskrit term rishi, and sattam…

As I noted there, the idea probably has astrological significance, relating to the Big Dipper. Either such a prominent constellation suggested the idea to multiple peoples, or—and to my mind this is more likely—the idea was shared, probably being picked up by the Indo-Europeans in their wanderings. The constellations were their guides, i.e. the “wise men” who showed them the way and assured them that their wanderings would have an end, at which point they could build great cities.

See here for references and links. 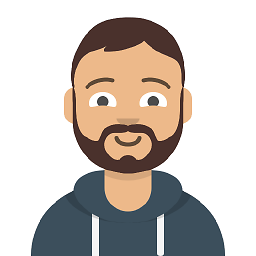 Who were the Seven Sages who laid the foundations of Uruk?

Also, the early idea of 7 Buddhas seems to be related to this. The brahmins often talk about having 7 generations of family members / lineage of teachers throughout the suttas. To have 7 historical Buddhas is too coincidental, especially with most of them having brahmin names and so forth.

The pre-human, mythological Angirases are also relevant to the Veda, and they have connections to the Buddha as well which I want to write on here soon. They are also associated with flying, etc.

Also, the early idea of 7 Buddhas seems to be related to this.

The pre-human, mythological Angirases are also relevant to the Veda, and they have connections to the Buddha as well which I want to write on here soon. They are also associated with flying, etc.