Sharing merits with departed ones

Namo Buddhaya
In reading the suttas, it seems that sharing merit with departed people is only done for relatives rather say, friends. Is this the case? Or we can share merits with departed friends? I assume that the term “relative” may be understood as it was often in India as a large category than just family or blood-related. Thanks for any inside.
Metta

Could you reference the suttas in which the sharing of merit appears? 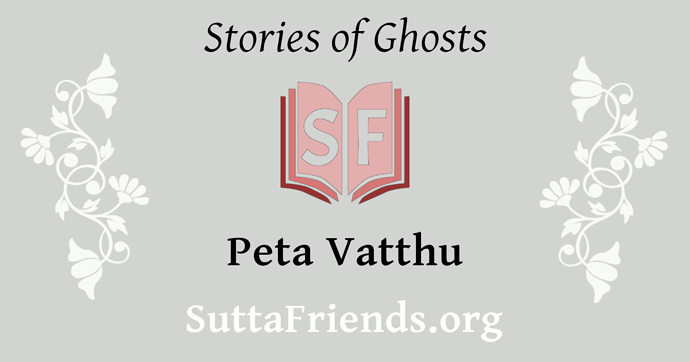 In the Peta Vatthu suttas we can learn about the bad actions that lead to rebirth in the ghost world. We also learn about how to share merit and how to overcome grief. You can learn more about ghosts in the Lakkhaṇa Samyutta.Looking for a sutta with...

The Petavatthu is filled with examples of sharing merit with ghosts. Many times ghosts approach non-relatives asking to have merit shared with them.

Merit can be shared with anyone who has passed away. However it is only in the ghost world that it is rexeived as food, etc.

Jāṇussoṇī Sutta (AN 10.177) explains that we can give food offering to the death relatives who is reborn in hungry ghost realm and not other realms, in a ceremony called sraddha, which is still practiced in India until now: 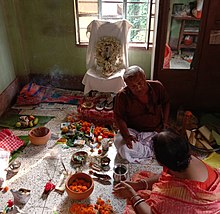 Śrāddha (Sanskrit: श्राद्ध) is a Sanskrit word which literally means anything or any act that is performed with all sincerity and absolute faith in it. (Śraddhā). In the Hindu religion, it is the ritual that one performs to pay homage to one's 'ancestors' (Sanskrit: Pitṛs), especially to one's dead parents. Conceptually, it is a way for people to express heartfelt gratitude and thanks towards their parents and ancestors, for having helped them to be what they are and praying for their peace. I 'Ś...

This Jāṇussoṇī Sutta is often misinterpreted as supporting merit sharing.

Furthermore, in end of MN 35 the Buddha corrected Saccaka when Saccaka shared the merit acquired from his food offering to his Licchavi friends and the Buddha said the merit is still Saccaka’s, not shared/transferred to others. This is also supported by the parallel version of SA 110.

In EBTs, merit sharing/transfer is contradicted with the concept of how one will get the results of one’s kamma or actions.

Merit shared to ghosts comes to them only as material comforts. It doesn’t help them in future lives. I have heard (so please confirm) that in Mahayana merit sharing with departed relatives there is the expectation that it will help to shorten the relative’s time in the ghost world. Perhaps it is just a cultural thing, but that concept does not match with the suttas, even in suttas people may consider “late.”

As far as merit sharing with non-ghosts, it is purely an invitation to practice muditha.

Thanks for your answer and help. Thanks

The mechanism of how to share merit is that the other person receiving should rejoice. Because rejoicing in other’s merits is a form of good kamma. We can link this to mudita too.

Anyway, there’s also double blind scientific studies of praying/ meditation (for us, sending metta) to sick people, without telling the sick people about it, the sick person improves better than the control.

The Petavatthu does not represent the suttas, it’s a late book of the KN. The only earlier sutta which describes ‘successful’ sharing of food - not merit - with deceased ones is AN 10.177, as @seniya mentioned.

it’s a late book of the KN.

People may have lots of theories about these things. Don’t be tricked into believing everything the “scholors” say. If we use the Buddha’s advice on evaluating Dhamma, we will find nothing in the Pv that conflicts with material in the first four nikayas and an overwhelming amount that explicitly agrees.

The notion of early or late is really a modern obsession. But of course people are free to ignore whatever they like.

The Petavatthu does not represent the suttas, it’s a late book of the KN.

As an anthropologist of religion and religious studies scholar, I am somewhat concerned how this idea of “late” compared to what we think maybe earlier in scriptures is abused. Indeed the reality is much more complex included if the material contradicts the previous texts and how they were compiled and the transmission chain, and so on. It is not that a text that we might consider (and scholars have sometimes been wrong) late is by definition misleading, inaccurate. Actually, in some cases, the “new texts” were corrected or add on to older texts that could have been influenced by a particular sponsor or influential religious figure and only when such influence was decreased the “politically” removed texts were re-integrated.
Indeed to discuss religious texts only through chronology does not take into consideration historical-social and political aspects. History’s not linear and spiritual texts and teachings are not linear either.

The chronology topic in abstract requires a separate topic. When it comes to “sharing merits” the fact remains that it doesn’t appear in SN, AN, MN, or DN. So no matter how you present the topic, you have to qualify that your assessment is based on the Pv.

the fact remains that it doesn’t appear

And why doesn’t the Jāṇussoṇisutta count?

you have to qualify that your assessment is based on the Pv.

I think you have a reductionist understanding of the word “merit”. Sharing food is a form of sharing merits. Also an interesting point: if Metta can be shared with those even still to be born in which way merits cannot? It would be strange that you can share something like metta and not something such as merits which are a form of metta.

How do you define merit?

To me, this must be something internal. If I earn merit by helping out a homeless person, then my merit must be the knowing that I have done a good (unselfish) deed. I see this similar to the teaching of Jesus where he says to store treasures (good deeds/merits) in heaven (mind/heart), where nobody can take them away. I store my merit in my heart and mind, where nobody can take them from me. Nobody can take away the fact that I helped a homeless person. But, I cannot give that merit away to someone else…

I like to follow Buddha’s advice of testing things out for myself to see if it is true or false.

Unless we have the psychic power to see the direct results of karma, this isn’t something that we can do. We can only rely on the Buddha’s knowledge. Otherwise we are just following our own logic, which is something the Buddha said we cannot rely on.

Your reasoning does not acknowledge the difference between what the Buddha meant by sharing merit and sharing karma. You cannot share karma. Merit sharing is something very specific. With humans and gods, merit sharing is an invitation to rejoice. With ghosts, merit sharing makes “material” things appear for those ghosts.

I think you have a reductionist understanding of the word “merit”. Sharing food is a form of sharing merits.

I have not studied puñña in detail. Is it your own idea that merit = food, or can that be established through the suttas?