So, the Bodhisatta invented drinking-straws. Or maybe just democratized them

There is seriously so much that is undiscovered and unappreciated in the Jatakas. I mean, who ever knew that the Bodhisatta invented the drinking-straw? It was a ploy to avoid falling into the hands of a yakkha.

He even blew air down the straw, presumably making bubbles:

calling to mind the Ten Perfections displayed by him, he recited them in a solemn asseveration, and blew down the cane

So now, if I ever make bubbles with my straw and another monk chastises me, I will just say I was “calling to mind the Ten Perfections”

There is seriously so much that is undiscovered and unappreciated in the Jatakas.

Unappreciated by convert Buddhists? Absolutely! Undiscovered by people who grew up Buddhists? Not at all. In fact, for many people in Buddhist cultures the Jatakas are much more present in their consciousness than the suttas. It’s an interesting phenomenon.

It’s an intimidating body of work just in its sheer size. But the complete translation available is quite readable, although the verses do take liberties. 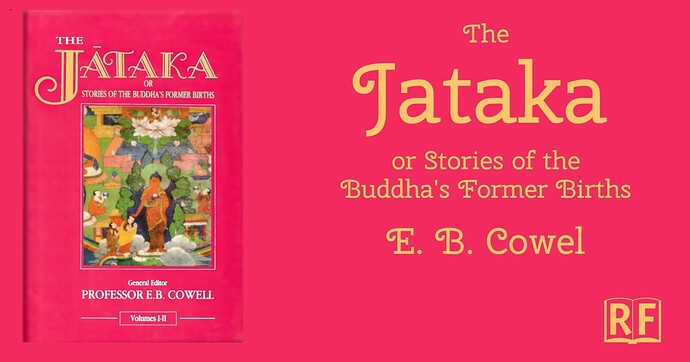 This is a six volume text of the Pali stories of the Buddha’s former births. It was originally issued in print by Cambridge University Press and by Luzac and Co. between 1895 and 1907. You can find various print editions on line, but the...

Ken and Visakha Kawasaki have an anthology as well, with more modern English. And even though technically it is not complete, there’s repetition of stories in the original so you are getting more than you would think.

I read these as a child raised as a Christian, waaay before I knew anything about Buddhism.

My kids though have had them around since they were born.

If anyone can get a hand on them, highly recommended ( Amar Chitra Katha series from India). You might be a le to get them in SL too.

This is from the Monkey Jataka Stories comic. 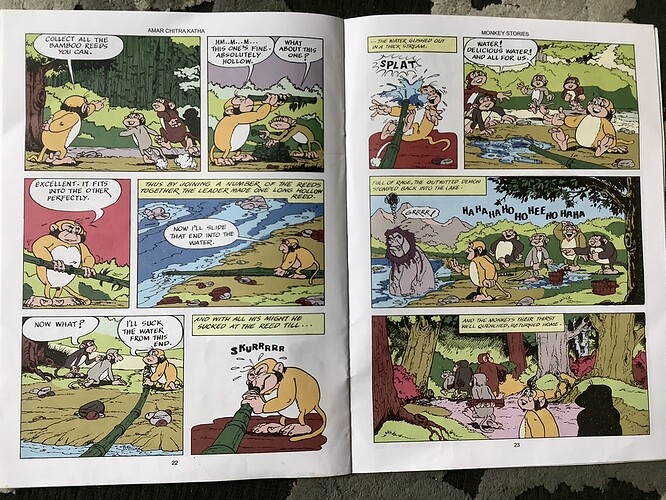 I mean, who ever knew that the Bodhisatta invented the drinking-straw?

We should tell the British Museum staff about it. At present they mistakenly give credit to the Sumerians. 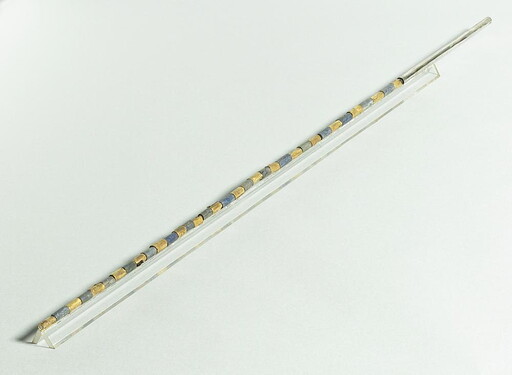 Drinking tube; consists of alternating gold and lapis lazuli cylinders enclosing a long silver tube, originally possibly wrapped around a reed; silver (and presumed reed) had perished and has been restored.

These tubes were used for drinking a liquid, probably beer which had unwanted scum and fermentation products floating on top.

Division of Finds: Department of Antiquities of Iraq

Drinking tube; consists of alternating gold and lapis lazuli cylinders enclosing a long silver tube, originally possibly wrapped around a reed; silver (and presumed reed) had perished and has been restored.

Wow, and beautiful too.

Perhaps, then, we should more modestly say that the Bodhisattva invented the mass production of drinking straws?

Perhaps that he democratized them? They were monkeys, after all