Some remarks on the Shorter Discourse on Emptiness

Thanks Bhante @sujato for taking the time not just to write these Essays, but for responding to all of us, often individually. I am sure I speak for others when I say it makes a real difference in our study of the Suttas, and our practice.

Then, you equate cessation to emptiness, which it is not.

It is that and more:

MN121 emptiness in noting absences to Release (Nibbana) as the highest emptiness
MN122 full virtue, tranquility and insight package incorporating emptiness
SN35.85 Emptiness as not-self of all phenomena
SN22.95 Insubstantiality of the aggregates as emptiness.

One percept has to stop, to allow someone to perceive the next thing. A simile says a monkey lets go of one branch to hold the next one.

Also, this sutta raises one of those great perennial old questions: Did the Buddha meditate with his eyes open?

No but all he had to do was to remain mindful to ‘meditate’ with his eyes open! Even then this sutta could be describing a recollection, rather than meditating as it was happening. The monk could just recall his trip into the forest and do the meditation conceptually.

If I was meditating I would think how busy work was. Then how that business was absent while I was driving home and concentrate on the comparative calmness while driving home. Then I would arrive at home and think of the business of driving- or the absence of. Then I would… then meditate etc. It can be readily used for each person’s specific circumstances. However I wouldn’t routinely recommend meditating in this way. It can be confusing to many.

XXsaññaṃ paṭicca manasi karoti ekattaṃ
Strive with the mind (exerts one mind), towards this one state, that is dependent on the perception of XX

In this training that is set about, to reach true emptiness, the somewhat intermediate “emptiness” (of the intermediary stages,) encompasses two things:

This is the gist of what has to be realized.

I suppose that you are talking here of cessation, as in “origination (samudayo) and cessation (nirodho)”.
In fact, there is - in this training - a process of origination and cessation; like in any other experience - but to go as far as to equate emptiness to cessation is a bit overdone. Because you would have also to include in it, the origination of the (non-void) new ekatta.
For this training in “emptiness” encompasses both.

I think your similitude is a bit confusing and dispensable. Sorry, but that’s the way I simply see it - without the need for increased distraction.
No need to paint the lily here.

Apparently, in the later tradition of Indian logic there are two kinds of negation:

I’m guessing the logic used in this sutta would be of the first kind of negation? E.g., “There are no elephants in this room”, implying that there are elephants, there is a room, there just aren’t any elephants in this particular room.

Or could it be of the second kind? E.g. “there are no elephants”, or to make a Matrix reference — “there is no spoon.” 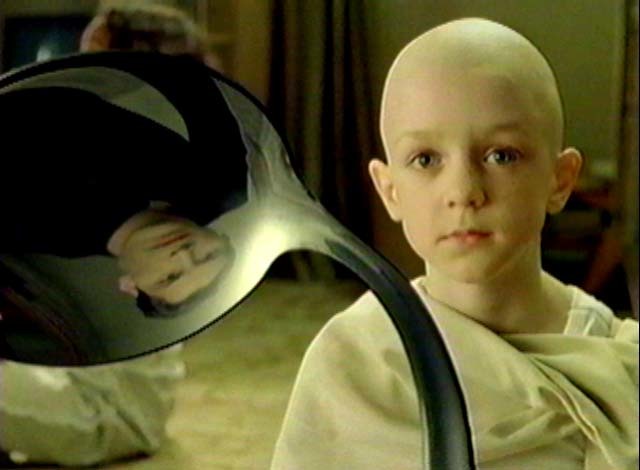 In this training that is set about, to reach true emptiness, the somewhat intermediate “emptiness” (of the intermediary stages,) encompasses two things:

to go as far as to equate emptiness to cessation is a bit overdone.

Here is the lived experience of cessation, with the rare ‘stone skipping across water’ as the six sense bases are intact. It is the unsurpassed emptiness.

I suppose that you are talking here of cessation, as in “origination (samudayo) and cessation (nirodho)”.
In fact, there is - in this training - a process of origination and cessation; like in any other experience

Arising and passing away (Udaya and Vaya -or Udayabbaya?) - normal phenomena

Origination and Non-arising/cessation (Samudaya and Nirodha; 2nd and 3rd Noble Truth) - refers to the Dependant Origination (paticcasamuppada) and phenomena simply not arising. So it is more than just arising and passing away. Cessation is non-arising (ni-udaya) due to ignorance being tackled at the root of the DO.

@suci1
I have a hard time seeing what udaya/vaya (which has the general meaning of rising interest - like “bringing (raising) profit” - has to do with the passage you’ve quoted.
So, let’s continue with nirodha, which is what is the proper translation in “subject to cessation”, within this sutta.

So, we have the last stage when the bhikkhus’ mind enters into the signless concentration of mind (animitte cetosamādhimhi cittaṃ) with:

This is the only time in the sutta, when the bhikkhu looks at the phenomena - and gets involved with “impermanence” & “cessation”.
Maybe because he does not have to worry about finding another ekatta (one state). No more nimitta to turn to. Who knows?

On a more serious tone, it is the realization that satta (with its sense bases), is empty and not-self, that brings the realization that there is no more “suffering” (daratha/scattering) in connection with sensual desire, longing for more state of being, and ignorance.
The last ekatta and daratha evaporate with (1) the realization (if not priorly realized), that satta (with its sense bases) is empty (SN 12.37, SN 35.238) - and (2) the realization of the impermanence & cessation of all things (no-self) [when the bhikkhu realizes that his signless concentration of mind is conditioned and volitionally produced].
The loop is closed.

Cessation (nirodha), has only a marginal part to play in this training and realization.

And I’m off with that.
Metta.

@sujato
From a practice perspective I prefer ‘unitary’ which is not say it’s the best translation in all respects but it defnitley works better for me.

Less metaphysically nuanced hence better I think. I think the aim would be to arrive at the Buddha’s meaning rather than suggesting the Brahmanical one.

If “Unitary” is taken as “aiming toward unity” (which is one of its primary meaning) - then “Unitary” looks fine to me.

In the case of MN 121, the bhikkhu ekaggachati(zes), to udeti(ze) the ekatta and the remnant.

On a more serious tone, it is the realization that satta (with its sense bases), is empty

MN 121 appears to state a “kaya” (“collection of aggregates”) remains after the realisation of emptiness rather than a “satta”.

Your reasoning looks to me like asking medecine to be an exact science.
Such a hard framing of concepts, is the sure way to beat around the issue endlessly.

@Deeele says:
MN 121 appears to state a “kaya” (“collection of aggregates”) remains after the realisation of emptiness rather than a “satta”.

If we start to play with concepts (like the encompassing “kaya”), we have at least, to relativize the use of it in its context.
Kaya is as much the immaterial (cosmic) kaya at the beginning of paṭiccasamuppāda, than the restricted body support (ajjhatika ayatana) of touch/phoṭṭhabba (bāhira ayatana).

At the end of MN 121, we are mainly concerned with the six bases of senses that are dependent on the body (kaya).
Do we have then to confine kaya to this restricted support of touch? - No!. No more than we have to consider kaya as the “cosmic” kaya in this instance.

What we have to do here, is to circumscribe the concept of kaya to the context of (the end of) MN 121. That is to say the six bases that are dependent on the body (kāyaṃ paṭicca saḷāyatanikaṃ). And consequently their outcomes (sense-consciousness, contact, clinging khandhas, etc.)
That is to say to the sentient & rational beiṅg, that is satta.

Bhikkhus, this body is not yours, nor does it belong to others (nāyaṃ, bhikkhave, kāyo tumhākaṃ napi aññesaṃ). It is old kamma, to be seen as generated and fashioned by volition, as something to be felt.
SN 12.37

Here kaya is seen as its satta subset; namely the (empty) sentient being, that is to be filled as follows:

So, this kind of fuzzy reasoning around kaya & satta, would just lead us to beat around the issue endlessly - and this nitpicking usually don’t settle understanding. It is often just the preliminary to a chase after an abyssal knowledge, with no solid ground.
This reasoning is on for perplexing, not for clarifying.
I’ll pass.

That is to say to the sentient & rational beiṅg, that is satta.

This Early Upaniṣads sounds the same as the view of Mara.

Mara. Why now do you assume ‘a being’?
Is that your speculative view?
This is a heap of sheer formations:
Here no being is found.

“Just as, with an assemblage of parts,
The word ‘chariot’ is used,
So, when the aggregates exist,
There is the convention ‘a being.’

Are you hinting on some kind of blasphemy on my part here?. Are you suggesting that I sympathize with the doctrine of Upaniṣads?
Because I am definitely not.
No need to resort to allusive “Bible belt” kind of imprecations, for that matter.

Self, puruṣa, satta, kaya, name it… - as continuous, etc. - are Mara’s view in this world (or more precisely in paṭiccasamupāda) for sure.

Didn’t I say before that satta is empty?
You said that it wasn’t!?!? - Seems like you’re just bitting your tail here.

Buddha uses paradoxically the term satta [or kaya] (in the case of MN 121) as the physical part of our yet “empty” being. Just because one needs to express Ignorance. And it is just ignorance that is expressed in paṭiccasamupāda.

The main thing is not to lose sight of the point which is that perception is everything.

Are you hinting on some kind of blasphemy on my part here?

Buddha uses paradoxically the term satta [or kaya] (in the case of MN 121) as the physical part of our yet “empty” being.

I could not find the term ‘satta’ in MN 121. Asserting satta is a synonym for kaya is the “blasphemy” I was hinting. The word ‘satta’ appears to include the meaning ‘to cling’.

there is just this non-emptiness: that connected with the six sensory spheres, dependent on this very body with life as its condition.’

Any desire, passion, delight or craving…when one is caught up there, tied up there, one is said to be ‘a being.’

Then what to do for instance with MN 12, when Buddha considers himself as follows:

Do you think Buddha was “delusory clinging”? - No! - But he considered himself a satta.

You have to be a little less picky. Ranges are wide. The truth is not in details. We know what dwells in details.

It seems the sutta describes quite literally what I’m doing. The first steps at least… I’m not doing much sitting, and I should practise more seriously… but I walk every day when I’m home and it doesn’t rain:

I leave the village behind and the mental proliferations and enter my forest path. After preparatory focus on the walking, posture and breath I sense the unity of the forest ecosystem, trying “unitary perception” (Analayo’s transl. from chin. parallel) of something (forest) which is not a thing really. Smelling the soil etc., hearing the birds etc., seeing the forest for the trees, me being part of all that, walking. There I am. Then I enlargen the perception to unitary perception of planet Earth, gently rolling away under my feet. Forests connected by clouds breathing in and breathing out, the interdependent self-sustaining globulal web of Life, with a walker being part of it. (Or a sitter in the meditation hall of Scheibbs or Beatenberg, windows open.) Usually I don’t get substantially farther (snails on the path). Then, no, no unitary perception of the Cosmos. The cosmos is irrelevant distracting papanca. Instead, unitary perception of being organism (not a thing), being part of Earth organism (not a thing), being brain organism. Being a la Heidegger perhaps. Then, further, I can’t really tell, but you might imagine.

Then what to do for instance with MN 12,

Imo, context. I think it does not abide well with emptiness (MN 121) to regard mere kaya & ayatana as a “being”. The very statement: “body with sense spheres” itself exhibits emptiness (sunnata).

Keep in mind the stock definition of ‘emptiness’ is ‘empty of self & anything related to self’.

Just out of curiosity, where can I find the above?