Sri Lanka and India Sthavira writing down of transmission

The Indian Sthaviras kept their Transmission orally only right?

And the Sri Lankans wrote it down? But you think Sri Lanka Naga culture had big influence on how suttas was written down?

Although the earliest indentified Buddha small statues from North India close to where he was born is shaped like a naga already. But that’s not early enough to believe early Buddhism nagas culture played a role in the doctrine. But the info from Wikipedia makes me wonder if all the doctrines about naga was mainly a Sri Lankan based added transmission. Because it took probably 300 years for them to write down the teachings etc any culture can bring influence.

In early and then the nikayas. Naga culture is so much used 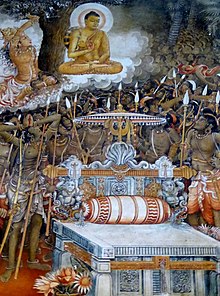 The Naga people were believed to be an ancient tribe who once inhabited Sri Lanka. There are references to them in several ancient text such as Mahavamsa, Manimekalai and also in other Sanskrit and Pali literature. They are generally being represented as a class of superhumans taking the form of serpents who inhabit a subterranean world. Texts such as Manimekalai represent them as having a human form. Certain places such as Nagadeepa in Jaffna and Kalyani in Gampaha are mentioned as their abod...