The Fish and the Turtle (Is Nibbana Nothingness?)

The Fish and the Turtle (Is Nibbana Nothingness?)

Once upon a time there was a fish. And just because it was a fish, it had lived all its life in the water and knew nothing whatever about anything else but water. And one day as it swam about in the lake where all its days had been spent, it happened to meet a turtle of its acquaintance who had just come back from a little excursion on the land.

“Good day, Mr. Turtle!” said the fish. “I have not seen you for a long time. Where have you been?”

“On dry land!” exclaimed the fish. “What do you mean by on dry land? There is no dry land. I had never seen such a thing. Dry land is nothing.”

“Well,” said the turtle good-naturedly. “If you want to think so, of course you may; there is no one who can hinder you. But that’s where I’ve been, all the same.”

“Oh, come,” said the fish. “Try to talk sense. Just tell me now what is this land of yours like? Is it all wet?”

“Is it nice and fresh and cool?” asked the fish.

“No, it is not nice and fresh and cool,” the turtle replied.

“Is it clear so that light can come through it?”

“No, it is not clear. Light cannot come through it.”

“Is it soft and yielding, so that I can move my fins about in it and push my nose through it?”

“No, it is not soft and yielding. You could not swim in it.”

“Does it move or flow in streams?”

“No, it neither moves nor flows in streams.”

“Does it ever rise up into waves then, with white foams in them?” asked the fish, impatient at this string of Noes.

“No!” replied the turtle, truthfully. “It never rises up into waves that I have seen.”

“There now,” exclaimed the fish triumphantly. “Didn’t I tell you that this land of yours was just nothing? I have just asked, and you have answered me that it is neither wet nor cool, not clear nor soft and that it does not flow in streams nor rise up into waves. And if it isn’t a single one of these things what else is it but nothing? Don’t tell me.”

And with that the turtle turned away and, leaving the fish behind in its little pond of water, set out on another excursion over the dry land that was nothing.

Source: “The Buddha and His Teachings” by Maha Thera Narada. 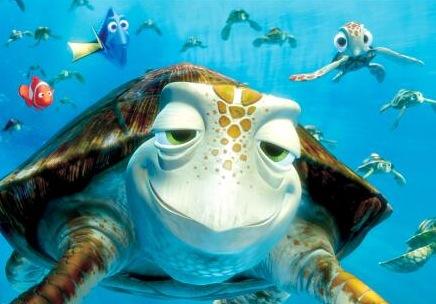 Reluctance to believe in or hope for some ethereal non-khandhic form of experience existing beyond the threshold of the Parinibbana could also frequently be a more skilful form of practice, since it will shut the door for any sneaking in of the atta and quasi-atta doctrines and will prevent the practitioner from musing what that experience is going to be.

Interestingly enough, I have come to the idea that we can apply the same logic to the rebirth when it comes to practice. I firmly believe in the rebirth, but at the same time I realize that me being reborn as another being will be in practical terms identical to this ‘current me’ being annihilated after death. It will not be ‘me’, in some sense it will be another being, so for all intents and purposes ‘I’ as I am existing now will disappear after the dissolution of my body. To see how and why it works, just try to imagine that this parable is about the Christian or Muslim afterlife. It would still work perfectly for them, wouldn’t it?

Whereof one can not speak, thereof one must be silent.

“‘Friends, (1) all things are rooted in desire. (2) They come into being through attention. (3) They originate from contact. (4) They converge upon feeling. (5) They are headed by concentration. (6) Mindfulness exercises authority over them. (7) Wisdom is their supervisor. (8) Liberation is their core. (9) They culminate in the deathless. (10) Their consummation is nibbāna.’
SuttaCentral

It is not at all unreasonable to to say that “phenomena/things” are sankharas… All Sankharas are Dhamma, not All Dhammas are Sankhara.
There is absolutely nothing rediculous about it.

If you accept that “All Sankharas are Dhamma but not all Dhamma are Sankharas” then this is 100% legitimate statement if i say that
“all dhammas gain footing in the deathless” implies that all sankharas do as well…
Checkmate or fake sutta?

“‘Friends, (1) all things are rooted in desire. (2) They come
into being through attention. (3) They originate from contact. (4)
They converge upon feeling. (5) They are headed by concentra-
tion. (6) Mindfulness exercises authority over them. (7) Wisdom
is their supervisor. (8) Liberation is their core.’ [1801]

[Note 1801]
Brahmāli (in a private communication) offers a fine explana-
tion of this cryptic sutta: “I understand sabbe dhammā to be a
reference to the world of personal experience. The meaning
would then be as follows: All elements of our experience are
rooted in desire (chandamūlakā) in the sense that we exist due to
desire (taking chanda as equivalent to craving). They come into
being through attention (manasikārasambhavā) in the sense that we
only experience what we attend to. They originate from contact
(phassasamudayā) because without contact we don’t experience
anything at all. They converge upon feeling (vedanāsamosaraṇā) in
the sense that feeling is the most important aspect of our expe-
rience, the basic motivating factor in everything we do. They
are headed by concentration (samādhippamukhā) in the sense that
concentration is a controlling faculty (an indriya) whose lead
all elements of our experience must follow. They are under the
authority of mindfulness (satādhipateyyā) because mindfulness is
another controlling faculty which directs us in whatever we do
or experience. All things have wisdom as supervisor (paññuttarā)
because wisdom is the chief of the controlling faculties; wisdom,
more than anything else, controls our experience (the last three
factors are what allow us to get a sense of being in charge of our
lives). That liberation is their core (vimuttisārā), the most excellent
of all things, is self-explanatory.”

It was following this topic, maybe has something to do

Not sure where they do. Nevertheless, my take on the sutta is that the Buddha is possibly riffing on the two meanings of dhamma, ‘thing / principle’ and ‘teaching’. The wanderers of other sects could be asking about things, and the Buddha, showing his famous reluctance to discuss ontological questions, teaches his students to answer with a clever pun. Seriously, insert ‘teachings’ instead of ‘things’ into the text and you’ll see that it works just fine.

There is a clear example of it in the text of the sutta as well, when the bhikkhus say:

Our teachings are rooted in the Lord

Since this is a sutta from the Anguttara Nikaya, the go-to nikaya for preachers specializing on the lay audience, it could be that the Sutta was intended for entertaining the lay audience at the expence of wanderers from other sects.

Sutta Nipāta 5.11
The Way to the Beyond
The Young Man Kappa’s Questions

“For those standing in the middle of a lake,” said venerable Kappa,
“when a fearful flood has arisen,
for those overcome by old age and death, speak about an island, dear Sir,
you must explain an island to me, so there will be no more after this.”

“For those standing in the middle of a lake, Kappa,” said the Gracious One,
“when a fearful flood has arisen,
for those overcome by old age and death, I speak about an island, Kappa:

“Having nothing, no attachment, this is the island with nothing beyond,
this is called Nibbāna, I say, the end of old age and death.

“Knowing this, those who are mindful, who are emancipated in this very life,
come not under Māra’s control, they are not servants to Māra.”