“I’m trying to free your mind, Neo. But I can only show you the door. You’re the one that has to walk through it. You have to let it all go. Fear, doubt, and disbelief. Free your mind. ” ~Morpheus

You yourselves must strive; the Buddhas only point the way. Those meditative ones who tread the path are released from the bonds of Mara. - The Dhammapada

The delusion with which
beings go to a bad destination,
confused:
from rightly discerning that delusion,
those who see clearly
let go.
Letting go,
they never come to this world
again. - Itivuttaka

When a taint-free monk looks upon his mind that is freed of greed, freed of hatred, freed of delusion, then there arises joy. This called a ‘still greater unworldly joy.’ - SN 36.31

“What is real? How do you define ‘real’? If you’re talking about what you can feel, what you can smell, what you can taste and see, then ‘real’ is simply electrical signals interpreted by your brain.” - Morpheus

At one time the Buddha was staying at Jetavana, Anāthapiṇḍika’s park at Śrāvastī. …

The Buddha said to the monks: “… Monks, just as two hands coming together produce sound, so, conditioned by eye and visible forms arises eye consciousness, and these three things together are contact. From contact arise feeling, perception, and volition.

“All these phenomena are not-self, impermanent; they are without a permanent self, not eternal, not stable, changing. Why is this so?

“Monks, these have the nature of birth, ageing, death, ceasing, and rebirth. Monks, all compounded things are as an illusion, a flame, ceasing in an instant; being not real they come (arise) and go (cease).

“Therefore, monks, with regard to all empty compounded things you should know, rejoice in, and be mindful of (awake to) this:

“All empty compounded things are empty of any permanent, eternal, lasting, unchanging nature; they are empty of self and of belonging to self”. …

“So also for the ear, nose, tongue, body, … conditioned by mind and its mind-object arises mental consciousness, and these three together are contact. From contact arise feeling, perception, and volition. All these dharmas (phenomena) are not self, impermanent, and empty of self or of belonging to self. … SuttaCentral

Enclosed by mind-and-body it imagines, ‘This is real.’ Whatever they imagine it to be, it is quite different from that. It is unreal, of a false nature and perishable. Nibbana, not false in nature, that the Noble Ones[1] know as true. Indeed, by the penetration of the true, they are completely stilled and realize final deliverance. - Dvayatanupassana Sutta: The Noble One's Happiness

“Sooner or later you’re going to realize just as I did that there’s a difference between knowing the path and walking the path.” - Morpheus

"Then there is the case where a monk takes the Dhamma as he has heard & studied it and thinks about it, evaluates it, and examines it with his intellect. He spends the day in Dhamma-thinking. He neglects seclusion. He doesn’t commit himself to internal tranquillity of awareness. This is called a monk who is keen on thinking, not one who dwells in the Dhamma.

"Then there is the case where a monk studies the Dhamma: dialogues, narratives of mixed prose and verse, explanations, verses, spontaneous exclamations, quotations, birth stories, amazing events, question & answer sessions. He doesn’t spend the day in Dhamma-study. He doesn’t neglect seclusion. He commits himself to internal tranquillity of awareness. This is called a monk who dwells in the Dhamma.

It is the world that has been pulled over your eyes to blind you from the truth. That you are a slave, Neo. Like everyone else you were born into bondage. Into a prison that you cannot taste or see or touch. A prison for your mind.” - Morpheus

While those who’ve abandoned craving,
free from the craving for becoming & non-,
reaching the ending of fermentations,
though in the world,
have gone beyond. - Itivuttaka 58

Through many a birth in samsara have I wandered in vain, seeking the builder of this house (of life). Repeated birth is indeed suffering!

O house-builder, you are seen! You will not build this house again. For your rafters are broken and your ridgepole shattered. My mind has reached the Unconditioned; I have attained the destruction of craving. - Dhammapada

“The Matrix is a system, Neo. That system is our enemy. But when you’re inside, you look around, what do you see? Businessmen, teachers, lawyers, carpenters. The very minds of the people we are trying to save. But until we do, these people are still a part of that system and that makes them our enemy. You have to understand, most of these people are not ready to be unplugged. And many of them are so inured, so hopelessly dependent on the system, that they will fight to protect it.” - Morpheus

I was a child, with clean clothes,
when I first heard the Dhamma.
And within me, heedful,
was a break-through to the truth.

Then I arrived
at an enormous dissatisfaction
with all sensuality.
Seeing the danger
in self-identity,
I longed only
for renunciation.

I went forth,
abandoning not-insignificant wealth.
Having gone out through conviction
in the well-taught true Dhamma,

it wouldn’t be proper for me —
aspiring to nothingness —
having cast off gold & silver
to take them back.

This is
greediness, intoxication,
delusion, bondage to dust,
suspicion, many troubles.
There’s no lasting stability here.

It’s to this extent that many, many men
— heedless, their hearts defiled —
opposing one another, create
conflicts, murder, bondage,

calamity, loss, grief, & lamentation.
Many misfortunes are seen
for those head-over-heels in sensuality.

So, my relatives:
Why do you, like enemies,
try to bind me to sensuality?
You know I’ve gone forth,
seeing the danger in sensuality.

So, my relatives:
Why do you, like enemies,
try to bind me to sensuality?
You know I’ve gone forth
with shaven head, wrapped in a patchwork cloak.

Leftover alms-scraps, gleanings,
a robe made from cast-off cloth:
That’s what’s proper for me —
the requisites of one with no home.

So may I not come into union
with sensuality, in which no shelter is found.
It’s an enemy, a murderer
— sensuality —
painful, like a mass of flame.

Greed:
an obstacle, fearful, threatened,
full of thorns,
very out-of-tune,
a great cause of delusion.

Sensuality:
a frightening attack,
like a snake’s head
in which fools delight —
blinded, run-of-the-mill.

Because many people in the world
are stuck in the mud of sensuality,
unknowing,
they don’t realize the end of birth & death.

Many people follow the path
to bad destinations
because of sensuality,
bringing disease on themselves.

Thus sensuality creates enemies.
It burns, is defiled.
It’s the bait of the world,
constraining, the bondage of death,

maddening, deceptive, agitating the mind.
It’s a net cast by Mara
for the defilement of living beings:

with endless drawbacks, much pain,
great poison,
giving little enjoyment, creating conflict,
drying up the good side [of the mind].

I, having caused much trouble like this
because of sensuality,
will not return to it,
as I always delight in Unbinding.

Doing battle with sensuality
in hopes of the cool state,
I will stay heedful, finding delight
in the ending of fetters.

I follow the path —
eightfold, straight,
griefless, stainless, secure —
over which great seers
have crossed." - SuttaCentral

“I considered: ‘This Dhamma that I have attained is profound, hard to see and hard to understand, peaceful and sublime, unattainable by mere reasoning, subtle, to be experienced by the wise. But this generation delights in attachment, takes delight in attachment, rejoices in attachment. It is hard for such a generation to see this truth, namely, specific conditionality, dependent origination. And it is hard to see this truth, namely, the stilling of all formations, the relinquishing of all acquisitions, the destruction of craving, dispassion, cessation, Nibbāna. - SuttaCentral

the problem with the matrix movie is that therein the supposed ‘real world’ could well be generated by matrix still, so neo actually has no way of knowing that the whole action movie playing out isn’t a simulation and that he isn’t still in the matrix thinking he has been unplugged.

if one was to remake the movie to adress that problem the ‘real world’ therein would have to be ‘unmade’ without any ‘things/phenomena/information/entities/beings’ and no self or any part of the not-real world would be ‘coming out’ of the simulation after it’s cessation. One could never rightly express on film the ‘unmade’ because one can not express that which is beyond senses by media of the senses.

Furthermore that which is ‘simulation’ and ‘that which simulates’ would have to be conjoined to the extent that both are subject to cessation, as it would turn out the simulation therein would have to be self-sustained, self-simulated and self-directing due to internal causes and conditions, this is because only the made can be a cause for what is made, the unmade is uncaused and does not cause anything for therein there are no causes or conditions, thus no past, present or future either, therefore therein occur no acts of creating, directing, no eventuality at all.

@Polarbear I thoroughly enjoyed these

I used the Matrix as a simile here:

the problem with the matrix movie is that therein the supposed ‘real world’ could well be generated by matrix still, so neo actually has no way of knowing that the whole action movie playing out isn’t a simulation and that he isn’t still in the matrix thinking he has been unplugged. 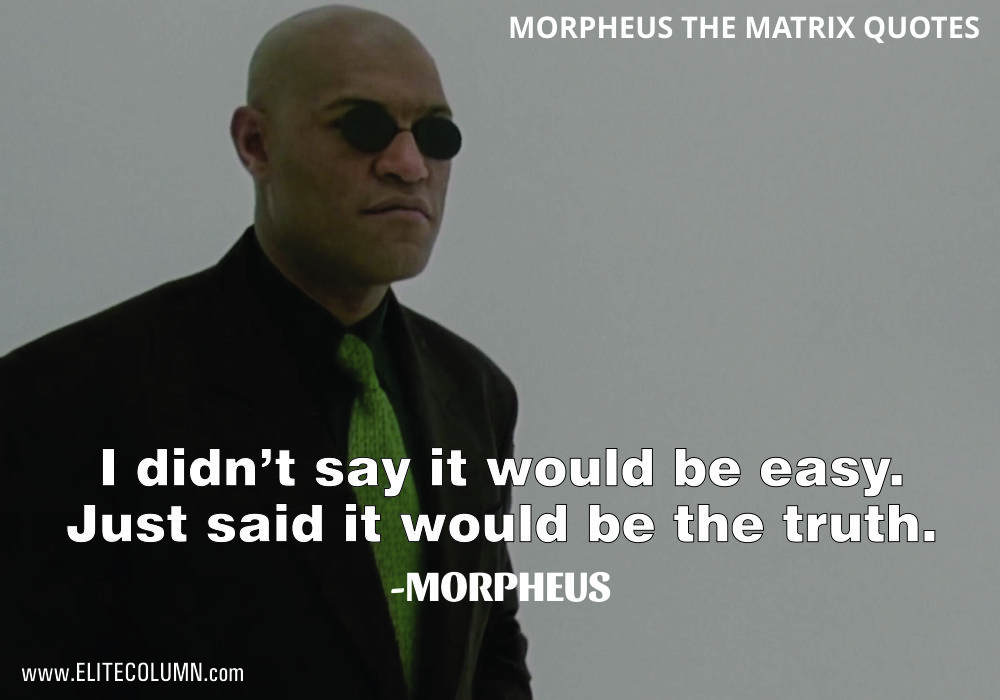 Maybe Mara, is the Matrix?! 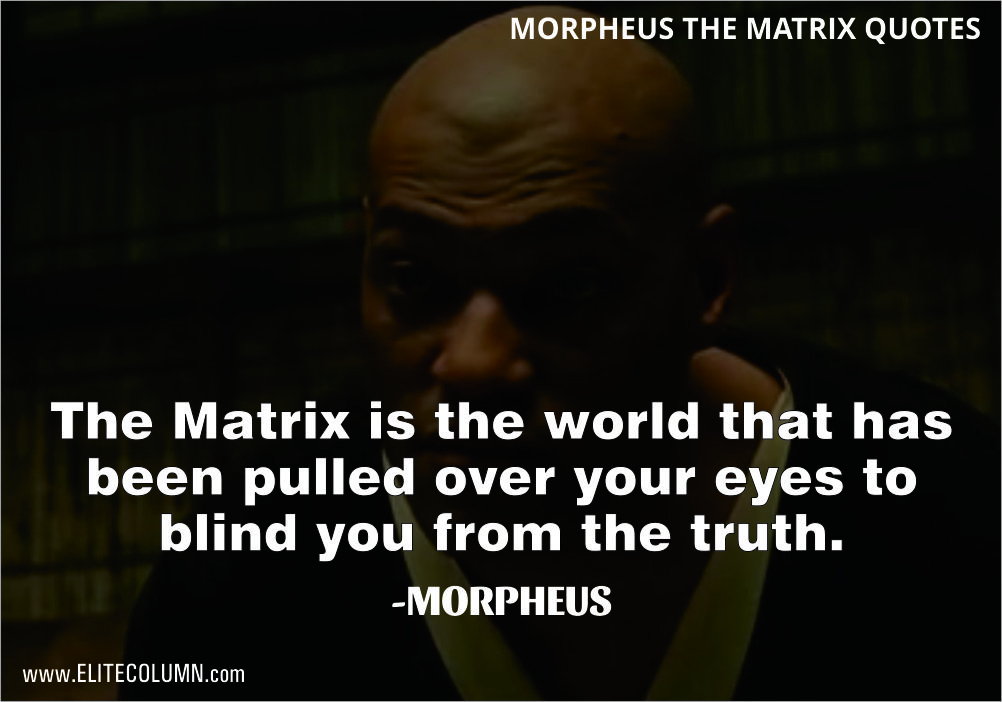 It is the world that has been pulled over your eyes to blind you from the truth.

Samiddhi approached the Blessed One … and said to him: “Venerable sir, it is said, ‘Mara, Mara.’ In what way, venerable sir, might there be Mara or the description of Mara?”

“When the nature of things becomes really manifest
To the ardent meditating brāhmaṇa,
He dwells dispelling Māra’s army,
As the sun dwells lighting up the firmament.” - SuttaCentral

I’ve given up the six spheres of sense-contact,
my sense-doors are guarded and well restrained;
I’ve ejected the root of misery
and attained the ending of defilements. - SuttaCentral