The Politicization of Saffron

“The appropriation of saffron is a way of signalling that the party is not just political, but deeply rooted in religion,” said Gilles Verniers, an assistant professor of political science at India’s Ashoka University, in a phone interview." 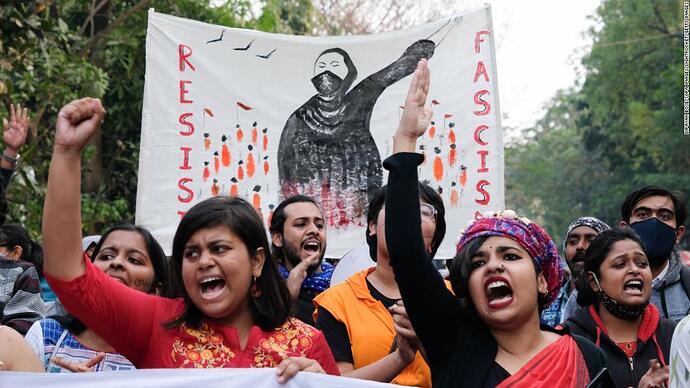 A visual confrontation between women wearing Islamic hijabs and men clad in saffron -- a color closely associated with Hinduism -- is symbolic of deepening divisions in the country caused, in part, by the rise of Hindu nationalism.