The power of labels

Would anyone bother to try to replicate the experiment? 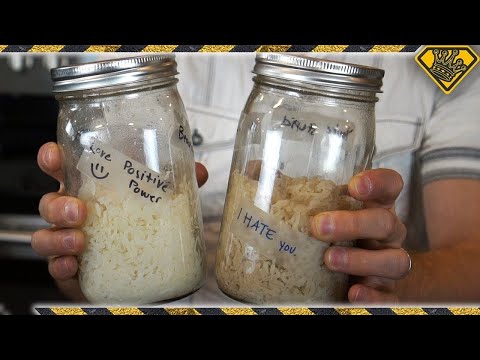 The video refers to a book by Masaru Emoto. Despite being an author of a bestseller, his claims are not scientifically proven. Masaru Emoto (江本 勝, Emoto Masaru, July 22, 1943 – October 17, 2014) was a Japanese author and pseudo-scientist who said that human consciousness has an effect on the molecular structure of water. Emoto's book The Hidden Messages in Water published in 2004 was a New York Times best seller. Emoto's conjecture evolved over the years, and his early work revolved around pseudo-scientific hypotheses that water could react to positive thoughts and words and that polluted water could be cleaned thr From ...

It is no coincidence that we use the word ‘spell’ to describe spelling a word and we use the same word to describe magical incantations…we call them magical spells. In ancient times it was widespread belief that words were magical and possessed the qualities they described. Magical amulets, talismans, incantations all relied on words, sounds and symbols. This belief existed all over the world. Even to this day, westerners and easterners believe there is something magical and sacred about certain words., e.g. OM. It strikes us as very odd that merely uttering words can have a magical effect on things, but back in the day such beliefs were normal.

Somewhere along the way, modern society lost its belief in the magic and mystery of things, the sacredness of things. The flip side is that we were liberated from superstition and blind belief. Liberated from seeing casual connections where none exist.