The True Story of a Tibetan Nun 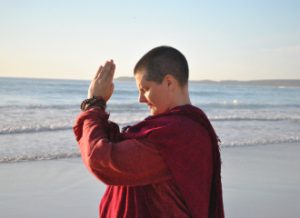 Night has fallen and Ani La could finally leave the house in search for food. During a short walk around the Dharma center she made sure that nobody could see her. Opening the biodegradable garbage-can furthest from the street lamp she swiftly took a flashlight from her monastic bag and looked inside. She found some half-rotten tomatoes and carrot-peelings. Yesterday she even found the remains of paprika, which is easiest to clean and remains fresh for longer. The problem with many other fruits and vegetables is that they quickly rot or go moldy, which often made her sick or vomit. She didn’t do more than three garbage-cans per night, she was afraid to be discovered—that would be such a shame to her Lama.

Being a Western Tibetan Buddhist is always a challenge, on many levels. Many nuns live in poverty and have to pay the rent to their Dharma center, like Ani La. Sometimes monks live there for free but not the nuns, especially if the monks are Tibetan. Many nuns are forced to work to make a living, despite that this is not in accordance to the Buddha’s instructions. Western nuns do not have the possibilities to study like the Tibetan nuns, which makes it hard to discern what is in accordance with the Dharma and what is not.

Ani La was living in growing poverty for years, with various side effects that came along: she was losing weight, her health started to deteriorate, her wounds did not want to heal, she had severe cramps from hunger and she could not sleep at night, she had more and more difficulty to focus, and she became first emotionally oversensitive and then numb. The hardest thing for her was social isolation (she could not talk about her distress to anybody accept her teacher) and even more so her growing doubts in herself as a nun and as a human being, having feelings of guilt for such a negative karma. This self-depreciation was eating her more than her hunger.

Whoever has visited a Dharma center in the West has probably noticed a strange phenomenon: when Tibetan monks enter a room, people tend to venerate them as high Lamas, while their own monks and nuns are often treated with much less respect or even, like in the case of Ani La, treated as equal to lay people. This is not in accordance with the Buddha’s instructions. They say that about 80% of Western monks and nuns disrobe, the main reason being lack of support: material, emotional and spiritual. The conditions for the nuns are usually harder than for the monks. But actually Ani La was working so hard to run her centre.

What Ani La missed most was not material well-being, although she was scared for her health, aware that after some point damage can be irreversible. What she was yearning for most was the contact with other Tibetan Buddhist monks and nuns—people with the same aspirations, and a possibility to study—the means to fulfill her aspirations. Years without any personal contact with another nun or anybody who could answer her many Dharma questions was hard for her. Despite this, she was known to be always willing to help and to always have a smile on her face. So, what gave her strength? Dharma and her vows. She did not see anything attractive in samsaric impermanent pleasures and she was deeply grateful that she could be a nun, dedicating her life to the Dharma. She valued her vows as her only possession, more precious than her own eyes, and prayed all the time for the possibility to pursue Dharma more effectively.

This is the story of just one nun, but opens the question of the position of Western Tibetan Buddhist nuns in general. This story does not accuse anybody, it focuses solely on the difficulties that the Ani La’s in this world can face. Its aim is to inspire Buddhist practitioners to take care of the monks and nuns and to enable the Western Sangha to study, so that they can learn Dharma correctly and in depth and transmit its abundant treasures to others in accordance with the Buddha’s intentions.

Unfortunately, this story is not unique in the Tibetan Sangha.
More information on Ayya Yeshe’s work to help nuns: www.bodhicitta-monastery.com

I must admit, I did cry a bit reading this article.

I’ve not met Ayya Yeshe (except on Facebook), and she seems so extraordinary. Such compassion, intellect and energy, yet she has faced so much hardship on her journey. It just seems so damned unfair that she has had to endure the discrimination in Tibetan monasticism, had to pay her way to live in a monastery. I hope she can find support and big friendship from the EBT/Theravada sangha. I believe that I have seen her spend time in some wats from time to time.
She’s someone to know, someone to support, and her red robes are really just a varying shade of a jackfruit dye…part of our sangha in so many ways. 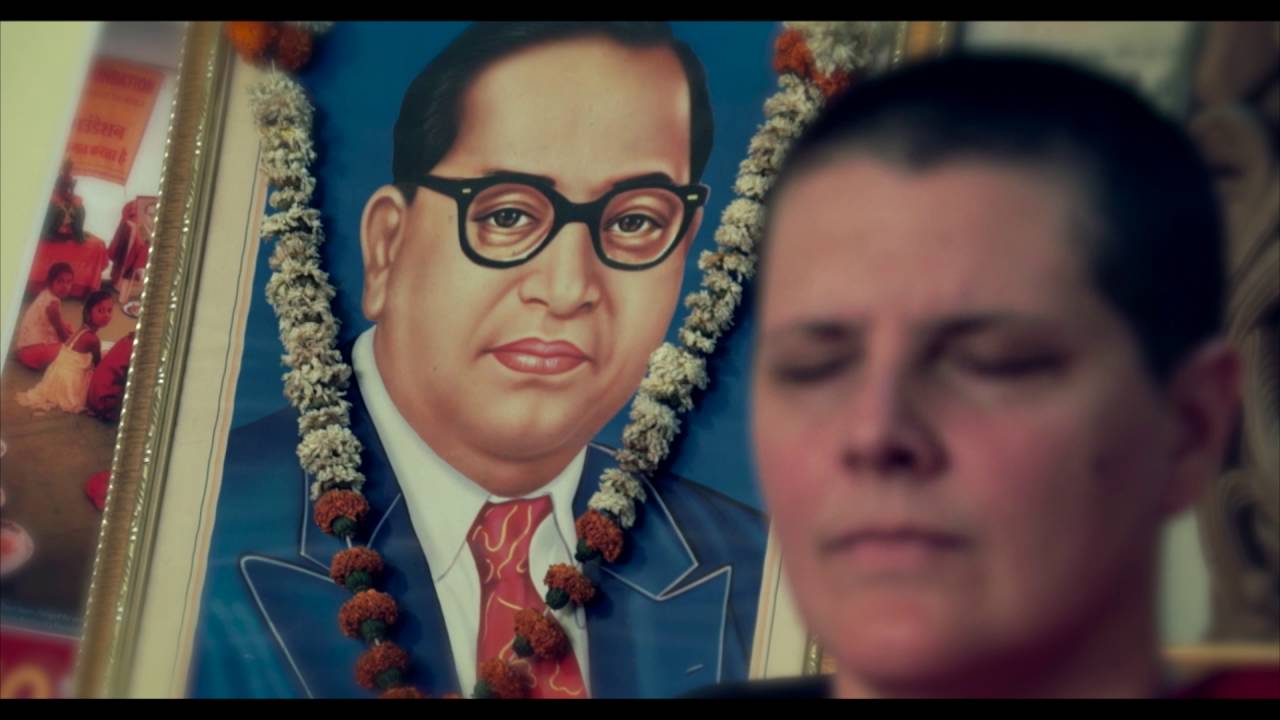 Just to be clear: this is not Ayya Yeshe’s own story, even though it is not dissimilar to her own. Ayya Yeshe told me that the nun in question wants to remain anonymous. But yes, I know that Ayya Yeshe herself also had a difficult time in a Tibetan monastery where, even as a nun, she had to go out to work to make enough money to just stay there and then do lots of work in the monastery too.

She is indeed a very special person and good friend and next time she comes to the US, I’ll let you know (she was in Mahapajapati and Aloka Vihara at the beginning of this year).

I made an edit to my post; thanks for this correction. I saw that you’ll be in California (my Mom and sisters all in San Diego) , and perhaps Ayya Yeshe will have a chance to visit there while you’re there. Maybe some of us here on SC could visit while you’re at Mahapajapati http://www.mahapajapati.com/ …I have a standing plan to visit Tilorien and help with the painting (

) , but it’d be great to be able to say hello before then.

Of course anybody from SC who would like to come and visit me in Mahapajapati is very very welcome! So yes please Michael, please visit! Would love to meet you after all this time.

Painting of Tilorien is still a little bit further away I’m afraid. Let’s start with putting up some walls first.

So yes please Michael, please visit! Would love to meet you after all this time.

Looking forward to it!