The Vulture Stone from Gobekli Tepe and the rise of civilisation 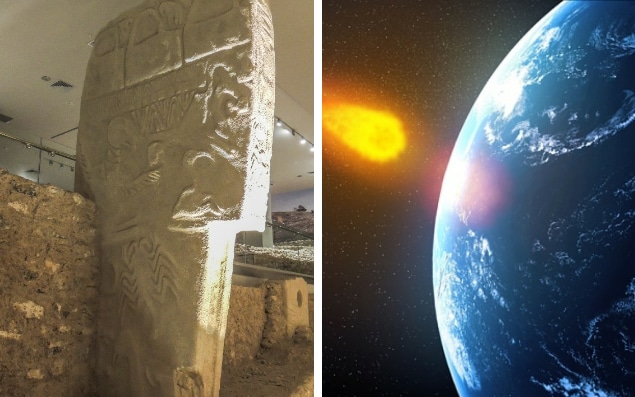 Ancient stone carvings confirm that a comet struck the Earth around 11,000BC, a devastating event which wiped out woolly mammoths and sparked the rise of civilisations.

Surely the use of the term “confirm” in that news report is too strong. The article cited seems to heap one speculative assertion upon another.

You shouldn’t believe everything you read in the news

Sensationalist headline aside, it’s an interesting article, so thank you.

The mention of mammoths makes me sad. They survived three million years, only to disappear no more than 4000 years ago, at the hands of the great predator.

This remote Arctic island is believed to have been the final place on Earth to support woolly mammoths as an isolated population until their extinction about 2000 BC, which makes them the most recent surviving population known to science. Initially, it was assumed that this was a specific dwarf variant of the species originating from Siberia. However, after further evaluation, these Wrangel island mammoths are no longer considered to have been dwarfs. The presence of modern hum Evidence for prehi...

So will elephants eventually…