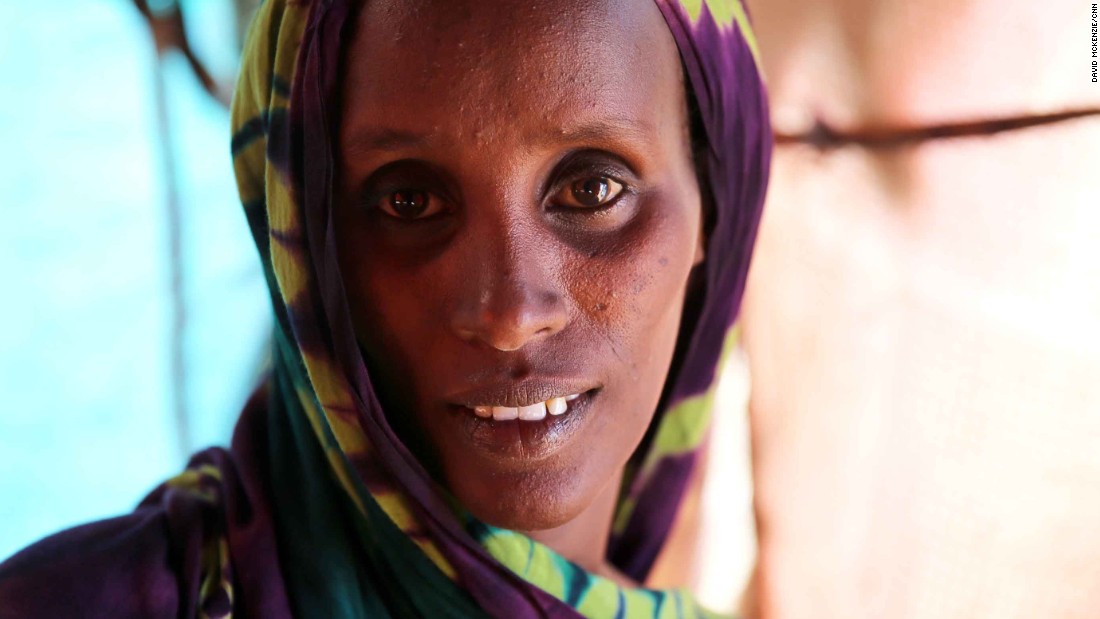 Somalia and three other countries desperately need aid to save more than 20 million people from starvation and diseases, the United Nations said. 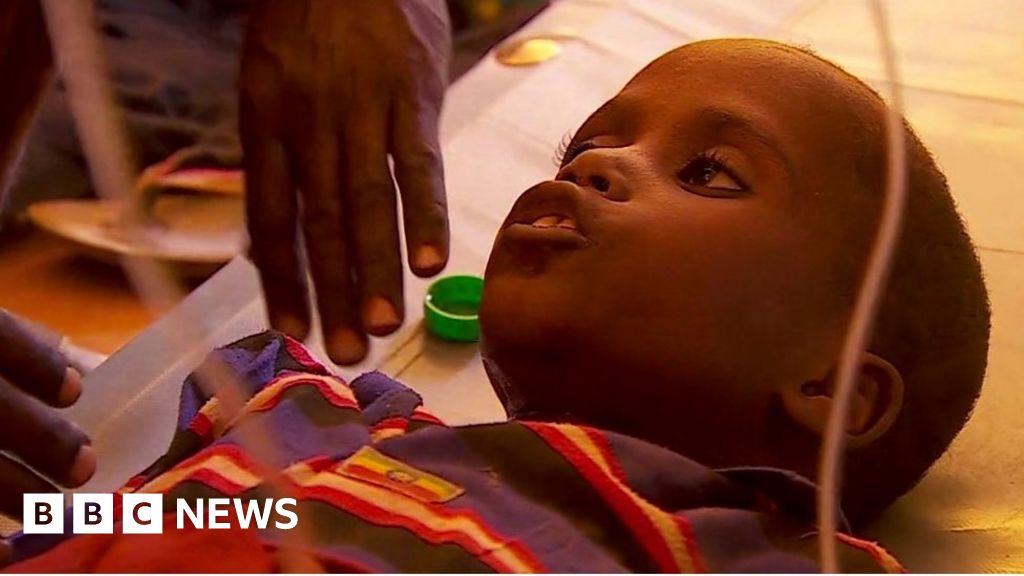 How 15 minutes saved this boy's life

i dunno, maybe it would be more effective, if saving human lives is the goal, rather than pouring aid, a need in which seems to never end, to establish external administration in these dysfunctional countries, because obviously their governments aren’t doing their job

to establish external administration in these dysfunctional countries, because obviously their governments aren’t doing their job

rather than pouring aid,

The “aid” that probably needs to stop is Western military aid (since these are generally countries racked by war). I have never heard or read that Somalia has weapons manufacturing facilities.

The world is ignoring many things, particularly how the rich are getting richer & how military interventions are getting more lawless (totalitarian). Instead, the world is focusing in narcissistic identitarian issues.

it’s you who said it, but if colonialism as you call it saves lives…

speaking of colonialism, its aim was exploitation, external administration helped to bring post-war Germany and Japan in order, if the aims are noble, there’s nothing wrong with it

it’s you who said it, but if colonialism as you call it saves lives…

My post referred to the ‘colonialism’ of selling weapons to countries such as Somalia.

‘Colonialism’ does not save lives but does the very opposite.

‘Colonialism’ does not save lives but does the very opposite.

that’s why it’s not what i was speaking of, but you chose to hear just that

speaking of colonialism, its aim was exploitation, external administration helped to bring post-war Germany and Japan in order, if the aims are noble, there’s nothing wrong with it

This view of history is very questionable but seems to fit some kind of hubris.

The obvious error of this hubris is if American exceptionalism really worked then the world would be at peace; it would have prevented these problems years ago.

The USA has covertly removed over 50 democratically elected govts since WW2 and installed a similar amount of brutal puppet dictatorships.

Look at the outcome of US intervention in Iraq, Libya & Syria. Only millions of deaths & continuing chaos.

As for Germany, it entered into a state of disorder, economic poverty & attempted revolutions after WW1 due to the Treaty of Versailles. Every historian acknowledges the Treaty of Versailles was the key cause of WW2. As for Japan, it was a feudal state funded & supplied into modernization by Western loans & equipment. It took the USA until 1941 to stop supplying Japan.

Responding to Japanese occupation of key airfields in Indochina (July 24) following an agreement between Japan and Vichy France, the U.S. froze Japanese assets on July 26, 1941, and on August 1 established an embargo on oil and gasoline exports to Japan. The oil embargo was an especially strong response because oil was Japan’s most crucial import, and more than 80% of Japan’s oil at the time came from the United States

As for the Marshall Plan, etc, in their support for Communist Soviet Union, the WW2 Allies allowed Communism to takeover Eastern Europe. The Allies started a war to protect the freedom of Poland but the result was a complete loss of freedom for not only Poland but many other countries. The Marshall Plan probably was to stop Communism taking over West Germany. Plus it was the Allies that unnecessarily bombed civilian Germany & Japan to pieces. From the start of WW2, it was the Allies that engaged in Total War.

It is the supplying of weapons to these African nations that is probably the major cause of their situation. Why don’t you simply You Tube some videos on the Democratic Republic of Congo to learn about the continued 150 years of Western intervention & exploitation there that has resulted in a continuous hell of terror there?

do you believe that once arms supplies cease these countries will start to develop? i doubt that (that is not to say they shouldn’t cease)

not every dysfunctional state is that way because of an ongoing war, in fact most of them aren’t

do you believe that once arms supplies cease these countries will start to develop?

Are you sure weapons fueling conflicts in Africa are coming from the west and not from former soviet states ? When was the last time you saw a M16 rifle or anything of western production in general used in these conflicts ?

[quote=“Maiev, post:10, topic:4662, full:true”]
Are you sure weapons fueling conflicts in Africa are coming from the west and not from former soviet states ? When was the last time you saw a M16 rifle or anything of western production in general used in these conflicts ?
[/quote]One of these issues brought up is “what is the West”? I would consider Russia a “Western nation” given its culture, given the disparity between the Russian West and the Russian East, its East consisting of mostly impoverished ethnic subgroups who only dubiously consider themselves “Russian” at all. I would not consider Russian imperialism “Eastern”, as “Eastern Imperialism” is mostly Chinese and Indian as far as I know, perhaps Japan also, in the past, but this is a Canadian perspective, giving rise to these notions of what is “East” and what is “West”. Other cultures might consider differently. Russians, at least those I have known, have a big stake in considering themselves “European” and not “Asian”, although what is and isn’t “European” is going to change depending on you or your culture’s relations with the EU. Suffice to say, is it not fair to say that Russian imperialism would also be just generally more “Western imperialism”?

Do Americans still consider Russia to be “Eastern” as a nation? That is very strange, but I can see why they might say that, given the Cold War and the history between America and Russia.

So you have a neighbour that is a heavy drinker or drug user and instead of taking care of his or her household chores, bringing food to the table, helping his or her family and protecting them, he just beats the living **** out of them, plays online games the whole day or chats with his or her buddies on the front porch while getting drunk. Is giving their family money or food a good idea? Well, if it helps them not starve, it is not bad. But we can’t give him a bloody nose when he or she beaths their kids again and try to make him a better person because that sounds like colonialism, right?

Just like @LXNDR said, there’s colonialism, when you want to just exploit another nation and suck out all its resources, and you don’t care about their culture and well-being at all, and there is external administration. Their difference is like one between a robbery and external administration of a bankrupt company.

Besides, sending humanitarian aid in the quantities as it is done now sometimes exacerbates the problem instead of solving it. I know a girl who was working for a humanitarian project in Botswana, if I am not mistaken. She was appalled by how some local people reacted to the lack of nourishment in their region (there was like a minor starvation crisis) and their general unwillingness to work. She was very sympathetic with their hard life and their poverty, but many of them basically did nothing to change the situation, literally zero, they just sat around the entire day, chatted with each other about this and that, all the good things. When she directly asked them why they were doing nothing, they just shrugged their shoulders and said they will get humanitarian aid no matter what, so why bother? Of course, when it is a matter of life and death, as in Somalia, or when it is about helping poor really really hard-working people, like my friends in Bangladesh, to have a better life, there is no choice, you have to help these people. Yet, ironically, sometimes humanitarian aid can be bad.