The UK’s new home secretary Suella Braverman is a Buddhist. From Wikipedia - “Braverman is a member of the Triratna Buddhist Community (formerly the Friends of the Western Buddhist Order) and attends the London Buddhist Centre monthly.[16] She took her oath of office on the Dhammapada.”

And " I want to cut welfare spending. We have far too many people in this country who are fit to work, who are able to work… & they choose to top up their salaries with tax credits & the benefit street culture is a feature of modern Britain".

Christ on a cracker!

Christ on a cracker!

Hand on a Dhammapada!

Isn’t that only for illegal immigrants crossing the Chanel? On benefits, it could do with reform. For example child tax credits and child disability payments aren’t mean tested, so you can have a family on £60,000 a year receiving benefits (and entitled to a new car every few years).

Here are details if you want to read up: Information on the policy to send asylum seekers to Rwanda

It’s the difference between being a “lifestyle” Buddhist and a dedicated practitioner. There are far too many lifestyle Buddhists, and not enough practitioners of the Dhamma-vinaya.

The world would be a fundamentally different (and safer) place for all of us to share if every “Buddhist” was a practicing Buddhist.

I’m not sure Buddhism maps neatly to specific political beliefs and policies. It is easy to fall into the conviction that one’s beliefs are the conclusions supported by Buddhism, and that other political beliefs can be dismissed as not real Buddhism.

That seems to me (in the phrase Bikkhu Analayo uses in his book of the same name) a superiority conceit. Holding our Buddhism as better than the Buddhism in others. So it becomes something we work on as a hindrance, not something we try to justify.

Anyway, my two cents. May you be well and happy.

I think some forms of politics are ruled out, like Nazism or Marxism-Leninism. Apart from those and other like ideologies though I think Buddhists can subscribe to a wide range of political beliefs. Conservative, liberal, Republican (not the party here), Monarchist and so on. Sadly in my experience some western Buddhists think you can only be following the Dhamma if you are a Lib Dem supporter, or vote for the Greens etc.

To delight in the idea of deporting people against their will to a third country is abhorrent irrespective of creed or political view.

So it’s for illegal immigrants then.

you can only be following the Dhamma if you are a Lib Dem supporter, or vote for the Greens etc.

Here in New York, USA it is especially evident in [some] “Buddhists” I have met. Seems many have this granola, compassionate doormat, utopian soup kinda vibe. I can’t even imagine a place like Los Angeles, probably even weirder. Here if you even speak of something that could be considered a “libertarian” view you may automatically be discounted as a “Trumper” and can obtain persona non grata status quite quickly at your local Buddhist group.

Edited here to mention it is only some, not all! I should not be so cynical

That’s a shame. I think it best to bear in mind that when it comes to politics and society no one really has all of the answers. Sometimes your political opponent is right and you are wrong. Also that, in my experience, your opponent too just wants what’s good and right for people and society. That helps me at least to be more tolerant of those with different views. On the Dhamma I see the Buddha teaching us moral frameworks in which we can navigate politics. As I said, some forms are not on the table but quite a wide range of options are available to layfolk that don’t compromise their faith and practice.

Ain’t that the truth. I don’t think politics generally works very well, and all “systems” have their faults. Human relations are not perfect in general, and worked much better when we lived in smaller groups generally speaking. But hey, at least we try to understand differences, right?

To delight in the idea of deporting people against their will to a third country is abhorrent irrespective of creed or political view.

Well, the word “delight” is very loaded. I’m not sure we can mind-read internal states. There is an assumption there that those who have different political views are immoral. I think more often they’ve just come to different assessments of what is the best way forward.

But my bigger point is there is a distinction between what one believes of a given policy, and whether Buddhism in some way supports or rejects the policy. I agree with @Ceisiwr that some positions - e.g, Nazism - are in contradiction with Buddhist beliefs. I just think there is risk in assuming that Buddhism aligns with one’s own moral assessment of political views. On many issues of great concern to us today I believe Buddhism is agnostic.

Also, in terms of practice, I think there is great value in trying to understand the EBT on their own terms, not through the lens of supporting our political beliefs. And I am very reticent to reject other people’s views as morally inferior - that seems to fall into ill-will. Sure, argue against those beliefs as incorrect. But people can be incorrect without being morally inferior.

It certainly can awake the passions. Personally I try to be less political as I get older, and focus more on the Dhamma. It’s a shame that for so many, in the age of secularism, Twitter and associated social media, politics has become something of a religion. By that, I’m thinking of people on all political spectrums.

Well, the word “delight” is very loaded. I’m not sure we can mind-read internal states

Did you read the quote “I would love to be having a front page of the Telegraph with a plane taking off to Rwanda, that’s my dream, that’s my obsession.”?

To me, a Buddhist politician obsessed with shipping asylum seekers off to Rwanda sounds… not Buddhist. But I’m sure there are strong arguments to the contrary, even if I’m not convinced by them personally. You could also criticise my use of the word “shipping off” as if they’re being hauled over in containers. You could say many things to make the Rwanda plan sound reasonable, even if it really isn’t in any way.

It feels uncomfortable because the subjectivity of opinions appears to make it impossible for any policy to be categorised as Buddhist or non-Buddhist. Are innocent people being shipped off to a dangerous country, or is the UK kind to send illegal immigrants to a fast-growing economy instead of back to where they came from? I know which interpretation sounds more realistic to me, but I also know that others will be convinced otherwise without necessarily having any bad intentions.

At the same time, some things are true and others are not. Some sort of centrist meandering back and forth doesn’t appear to be a satisfying answer either. I’ve been there and done that, it was pretty embarrassing in hindsight.

The only thing I would add is that I don’t see a need for centrist meandering. In my community and in my voting I’m comfortable speaking out quite strongly for the policy path I see best. E.g., I’ve been involved in creating programming for immigrants and refugees to our area. I will vote for parties that advocate taking in refugees. In my personal life and my community involvement I’m happily and commitedly on the progressive side. The only things I resist are making the connection that Buddhism necessitates progressive politics, and pre-assuming that conservatives are necessarily immoral, rather than moral people who have reached different conclusions about the most helpful way forward.

Of course, once you get to know someone you might decide they are fundamentally immoral. But that’s irrespective of their politics.

On a practical level, assuming people across the political spectrum can be good people makes it much easier to work together on identifying areas of commonality and creating helpful programs.

She took her oath of office on the Dhammapada.”

quoting Braverman
We have far too many people in this country who are fit to work, who are able to work… & they choose to top up their salaries with tax credits

Very true. Most of them have offices in the City.

Together with its territories overseas, Britain is instrumental in a global game of deceit.

She won’t be for long. 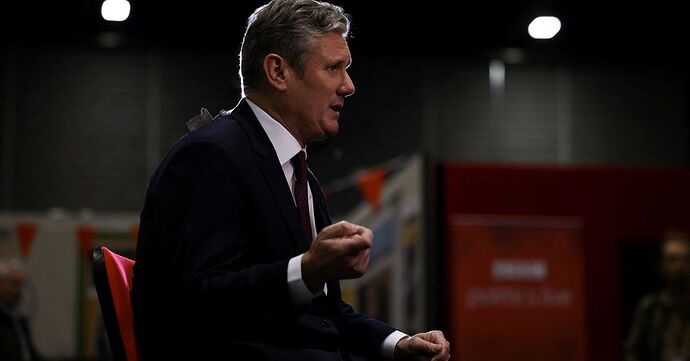 Britain's opposition Labour party has surged to a 33-point lead over the ruling Conservatives, according to a YouGov poll on Thursday, after days of chaos in financial markets triggered by the government's planned tax cuts.

To me, a Buddhist politician obsessed with shipping asylum seekers off to Rwanda sounds… not Buddhist.

This is why I think you cannot really have an entire society built on the Buddhist principles exclusively. Buddhism is a subversive teaching having renunciation and a kind of wholesome world-weariness as its central points, whereas politics presupposes embracing the world with all its dark and cruel sides.

The Buddhists kings of old certainly were Buddhists but at the same time they rarely hesitated to start wars with their political rivals. Buddhist politicians in modern Buddhist countries are bound at some point to make decisions that would inevitably harm some people. Buddhist corporate executives, no matter how ethical their business conduct is, will have to make hard decisions and fire people or cut their salaries, etc.

The very nature of samsara is such that being in a position of power means making tough calls, thus creating bad kamma. Sometimes these decisions are caused by our delusion and anger, sometimes they are a necessary reaction to how things are going. Samsara is unfair, so there will be situations that will have no meritorious way out, and being a politician means these situations will occur on a nearly daily basis.

So yeah, it does not sound Buddhist to want to send people to Rwanda (which, at the same time, is a relatively prosperous and safe African country, so there is an element of bias in us when we get terrified hearing about people being sent there). But Buddhists politicians having to do un-Buddhist things is unfortunately something to be expected in Samsara.