Verification of a popular quote

“There are three things that cannot be long hidden: The Sun, the Moon and the Truth”

Can anyone tell me where I can reference this quote in the texts?

Does it appear in the EBT or even in the later texts? 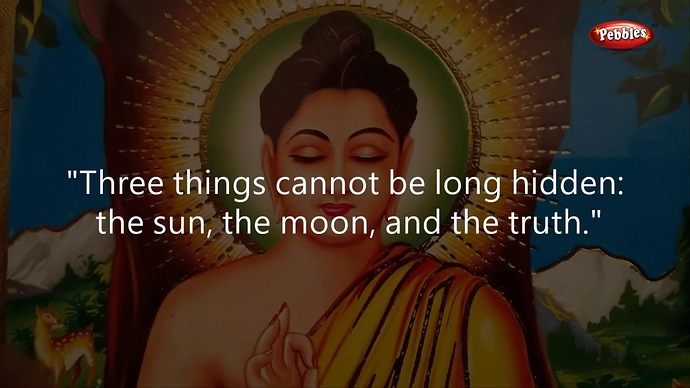 Thank you Mike: And thank you for the scriptural reference too!

There is also this website you can consult on such questions:

Fake Buddha Quotes - “I Can't Believe It's Not Buddha!”

“I Can't Believe It's Not Buddha!”

It’s a nice quote, and it handily illustrates both the benefits and pitfalls of such “quotations”.

On the one hand, the popular version is brief and poetic, quotable in a way that the original isn’t.

At the same time, it loses the specific context: the “truth” meant the Buddha’s Dhamma, not just anything that’s true. Losing that context makes the saying more universal, yet at the same time, with loss of context comes loss of semantic weight.

Not only is it vaguer, the sense has shifted. Without knowing the context, I’d take the popular quote to mean, “Even if you try to hide the truth, it will out!” But that’s not the sense of the original at all. The point there is to contrast the Buddha’s teaching with other teachings, such as the Vedas, that were maintained in a secret lineage.