If we don’t allow our practice to include the political, asks Brenna Artinger, then how can we stand up to those who do?

The reaction to our research has revealed a deep unwillingness and unreadiness for Buddhist practitioners to address the intersection of Buddhism and extremism. Such resistance, I believe, stems from discomfort with the idea that there can be Buddhist extremists at all. The very idea that Buddhist practice can coexist with ideas of antidemocracy, bigotry, racism, and religious phobia (particularly toward Jews and Muslims) is deeply discouraging and shocking for those practitioners who are working toward inclusion and who embody the values of harmlessness and right speech.

Thanks for your work @Brenna!

Awesome work Brenna, about bloody time this was recognized.

We’ve been blocking nazi “Buddhists” on this site for years. Make no mistake, there is a growing wing of ultra-right extremist Buddhism, and it is present in a monastery or center near you! There’s a broad spectrum from outright nazis—like the anti-semitic monk (since disrobed) who filmed himself making a Hitler salute to a Buddha image—to the merely “concerned”. It touches on incel culture

, and more. Hotbeds of right-wing extremism will include any monastery or order that denies the equality of women and insists on the absolute and unquestionable authority of its patriarchy.

The foundational principle of this in Buddhism is “elevationism”: we shouldn’t be concerned about “worldly” things, only about the Dhamma. This is code for “the proper state of the world is how I want it to be, and anything else is political”. One of their favorite lines is “don’t be attached to views”, which is code for “bow to my views”. They will compassionately empathize with your stress, and advise you not to “think too much”, which is code for “think what I think”.

Use your noggins, my friends. Don’t fall for the dark side. Know the difference between dhamma

Is there any basis in the EBT for the kind of right-wing views you’ve outlined? Like the way some fundamentalist Christians attempt to justify their homophobia by quoting Bible verses?

Auspiciously this literally came into my feed a few minutes ago :Nazi Buddhists - by Harry Shukman - Scout . The first time I came across nazi buddhists is through dhammawheel. Its a cesspool of right wing buddhists based on my experience. That is where I came across the anti semitic monk who disrobed.

In terms of the quote Snowbird provided I would say a person has only to turn on the news about Burmese Buddhist monks encouraging and participating in violence about Muslims.

I’ve heard of Nazi Buddhists, but I don’t see how they could derive that from the suttas, at least the Theravada ones. So little is mentioned about gods and metaphysics. Not enough to twist. The rest is about is reducing dukha, I don’t see how that could be (extensively) built on for any kind of white supremacy.

The rest is about is reducing dukha, I don’t see how that could be (extensively) built on for any kind of white supremacy.

It would be a really strange project, considering suttas like SN 22.49:

“Soṇa, when any ascetics and brahmins, on the basis of form—which is impermanent, suffering, and subject to change—regard themselves thus: ‘I am superior,’ or ‘I am equal,’ or ‘I am inferior,’ what is that due to apart from not seeing things as they really are?

@sujato thank you for filtering out the garbage.

I have seen many Buddhist internet forums over the years that have been slow to do that.

I think it only lets the garbage crowd out good stuff and turn away quality contributors.

The misunderstanding of karma that people “deserve” whatever comes to them is often used to justify social hierarchies and continued oppression of out groups.

A particularly “extreme” version of such out-group violence being justified by Buddhists is recorded in the Mahāvaṃsa. It reports how a group of monks flipped around the Yodhājīva Sutta to justify the slaughter of non-Buddhists.

They justify this based on a very strange reading of compassion based on a mahayana sutra although I suppose they could have used a ebt too with their mind boggling interpretation. To quote the article:

The story of the boat captain supposedly from a Mahayana sutra namely Upayakausalya sutra which was cited here.

@sujato thank you for filtering out the garbage.

Hey, thank the mods, they do the hard yakka. Including, may I say Brenna during her time as mod.

Is there any basis in the EBT for the kind of right-wing views you’ve outlined?

There’s always a way, if you squint hard enough. But if you start with misogyny, there are a few passages to get you revved up. Then you can start to hate on queer folk, digging up a few obscure references and twisting them just the way you want.

At the root of modern extremism is the rejection of progress, a revulsion to the project of modernity itself, and a longing to return to a more pristine and pure time. A large part of that is rejecting the feminine, which entails the idea that equality means men accepting responsibility for sexual violence.

The archetypal founder of Buddhist fascism in the west is Julius Evola, who is a watchword in those circles. 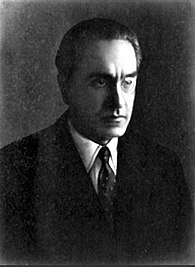 In his The Doctrine of Awakening (1943), Evola argued that the Pāli Canon could be held to represent true Buddhism. His interpretation of Buddhism is that it was intended to be anti-democratic. He believed that Buddhism revealed the essence of an "Aryan" tradition that had become corrupted and lost in the West. He believed it could be interpreted to reveal the superiority of a warrior caste. Harry Oldmeadow described Evola's work on Buddhism as exhibiting a Nietzschean influence, but

they do the hard yakka

Do you have a Buddhist auto correct? There are indeed good yakkhas and they may be working as moderators here.

At the root of modern extremism is the rejection of progress, a revulsion to the project of modernity itself, and a longing to return to a more pristine and pure time. A large part of that is rejecting the feminine, which entails the idea that equality means men accepting responsibility for sexual violence.

Yea, I see these modern Buddhist fascists as promoting the same ideology of resentment as other modern right wingers. It’s actually quite ironic because Nietzsche was actually anti-fascist and criticized the Nazis as a worldview based on resentment.

I think ultimately this is all rooted in a fear of the other, fear of what is different, whether they are muslims, queer people or latin people. And you cannot have a hatred of the other without a sense of grasping at the self and at some larger concept of race or ethnicity. In other words, it’s greed, hatred and delusion all the way down.

Don’t be deceived folks, listen to the words that an ancient master of the Dharma said a long time ago… 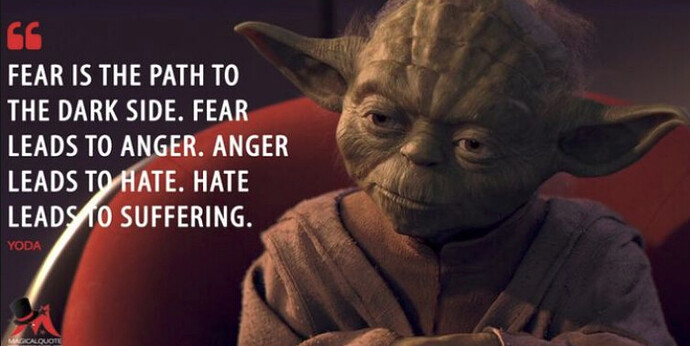 A shame the article didn’t mention left wing extremism too, like Marxism-Leninism.

Ah Ceisiwr I remember you from dhammawheel. Well I think there is just no comparison. I will quote here one of people that I follow:

I mean just today the specter of the right wing are hovering and that their shadow is covering the world. They are more powerful and dangerous.

Given the growth in support for socialism/communism in the west, the predominance of right wing extremism might be eclipsed. Regardless, I don’t want to get into which flavour of extremism is vogue at the moment. Extremism, be it left or right, should be condemned even if it’s just the non-triviality of wanting to steal other people’s bakery shops.

Communism is just as totalitarian and violent as Fascism was.

It’s because that problem does not exist, except for in the mind of right wing extremists.

There are plenty of Communists around, and a number of Buddhists who adopt it’s ideas.