What is Buddho – vs. Buddha?

My knowledge of Pali is rudimentary, though I’ve been a dabbler in linguistics all my life, and understand that as an early Indo-European language, it is heavily inflected (cf. classical Latin). I understand that “buddha” translates as “awake” or “awakened”, thus is a kind of adjective or past participle – besides being the designation or title of the Founder of this tradition, “the Buddha”, where it is used as a kind of noun (“the Awakened One”).

Recently, as my studies have been led to the Theravāda (I began some 40-50 years ago in Zen, like most Buddhists of my generation) I’m finding the slightly different term “buddho” or “Buddho” – which is used, among other things, as a meditation object in the Thai tradition. Buddho appears to be somehow interchangeable with Buddha, but it’s not clear to me how, or what the difference is between them. Looking through occurrences of “buddho” in the PTS was no help. Is it a nominative form of a noun? What exactly would be the most precise translation into English?

I’ve also noticed a prevalence of this -o ending elsewhere in Pali, especially in names, e.g. Ṭhānissaro (for which I’ve been unable to find a translation), Sujato; but other names end in -a, e.g. Pesala – and the apparent ordination name of a former nun (Theravāda?), Thanissara. Is this like modern Latin languages, where -o is the common masculine ending, and -a the common feminine?

TIA for any clarification anybody can offer.

Is it a nominative form of a noun? What exactly would be the most precise translation into English?

Yes, ‘o’ is the nominatve ending of masculine ‘a’ nouns, e.g. when Buddha (stem form) is used as the subject of a sentence it would be Buddho, could be translated ‘the Buddha’ as in a sentence such as ‘The Buddha taught the path to awakening.’

I believe The Thai style for Bhikkhus’ names is to use the masculine o ending while the Sri Lankan style tends to used the stem form. Perhaps one of the monastics here could confirm or correct this.

Thanks Linda, that’s pretty much right.

When you quote a name in Pali, you use the nominative form. This, I believe, is why the Thai tradition often uses the nominative. In the ordination chanting, when I say my name, I say, “ahaṁ sujāto nāma”. So they take the name to be “sujāto”. However, it is the normal convention that when a word is quoted in another language, the stem form is used (often even the stem is dropped). Thus the Sinhalese and Burmese use “sujāta”.

I tried using Sujāta for a while, but people thought I was a girl. In retrospect, maybe I should have just gone with it.

By the way, it’s often assumed that -o endings are masculine and -ā endings are feminine. While this is the case for the most common forms, there are plenty of masculine forms ending in -ā, too. An example is bhagavā, a common term for the Buddha, which is masculine singular nominative from the -an stem.

Linda and Sujato, thanks for the informative responses – and especially for the links; I hadn’t come across that site before.

Someday I hope to have energy & time to get deeper into study of Pali. Ironic that I find it actually easier to look up terms in Chinese and Tibetan, since they are not inflected; while in Pali and Sanskrit it’s a bear to figure out where in the dictionary the “root” form will be found.

This is true. Our dictionary lookup on SC tries to help as much as possible with this, but we can’t get everything right—yet!

Also, these days I make extensive use of http://sanskritdictionary.com/ as well as https://gandhari.org/n_dictionary.php

Yes, as well as aggregating lots of sources, it can do some cool stuff, like pronounce Sanskrit words. The speech synthesis isn’t great, but it’s perfectly adequate for getting an idea how the word sounds.

And you can also show the words in Brahmi script. Not very useful, perhaps, but the ultimate in authenticity. I’m still blown away by the fact that Brahmi is part of Unicode and Google has a font for it!

By the way, it’s often assumed that -o endings are masculine and -ā endings are feminine.

My Christian name is Ilya. If often you knew how often people address me as ‘Frau’ in letters!

And you can also show the words in Brahmi script. Not very useful, perhaps, but the ultimate in authenticity. I’m still blown away by the fact that Brahmi is part of Unicode and Google has a font for it! 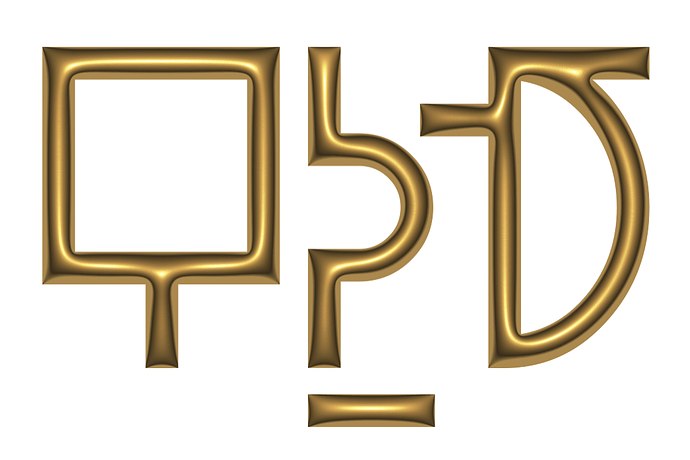