What is meant by "View"?

I like someone to tell me what is meant by view.
a)Are views latent factor?
Yes:

-Anusaya Sutta: Obsessions (1), AN 7.11,
translated from the Pali by Thanissaro Bhikkhu

What are they?
Views:
If a person believes in God or a Self, that is a wrong view. If they describe the four noble truths, after having seen it for themselves, that is Right view.
Right views are conceptualization of reality as it really is, after having seen it with direct insight.
Wrong views are concepts arrived at by craving giving rise to wrong contemplation (ayonisomanasikara), based on one or the other of the five aggregates, which it took a liking to (and elaborated on, in fantasy).

Anusaya:
Fantasizing in this way about God or Self will lead to vinnana constantly alighting on it- the mind goes to this topic again and again. Then it becomes an ‘obsession’. An-saya also means ‘sit-with’ and it sits with this concept repeatedly.

b)Are newly born children have views?
Have you heard them crying for their milk?

Possibly. Possibly something like ‘milk is sukha’- not a particularly conscious one of course- there is no self, its just automatic.

c)Why/how(the cause) we develop new views? What are they?
First cut off the old views by seeing reality as it really is (yathabhutha nana), through yonisomanasikara, samatha and vipassana. All doubts that are generated by a Wrong view (as it cannot be ever truly verified) will be cut off at the point of ‘the purification of removal of doubt’ (khankavitharana visuddhi). After this process is over, when recollecting what one has seen (paccavekka) through the practice, by conceptualizing and summarizing it, Right view will form.

d)Are Arahants got views?
They remember old wrong views and have new right views. They are not attached to any of those views.

e) Can we live without views?
Yes, arahanths do – that is, their right view is only a commentary on what is happening. It doesn’t drive it or give rise to it. Wrong views on the other hand might lead to bhavanausaya, which would prolong their samsaric journey. They are more involved in the life of the person who holds them.

f) Are all views bad?
Views are sankhara, so no they are not all bad. If there is craving, aversion and ignorance involved, then, yes. If not, no.

g) What is the life like without views?
Imagine that all your life people were always trying to tempt you with false promises or scare you with false threats. Now imagine all that suddenly stopped. That is how I think it would feel like (the drama would stop, allowing peace to ensue). There would much confidence in the triple gem and stability in one’s own world view, as he has seen it for himself. One’s goals in life would become clearer due to understanding the Four Noble Truths. Issues around the Self would fade away, as the Self view would be seen to be a false fabrication.
Samadhi would naturally develop, as some of it which disturbs it would be erased. The sense of permanence and satisfactoriness would fade and one would take delight in living more in the moment without grasping for the future.

Thanks Mat
I got the following reply from Dhamma Wheel.

I wonder why Ditti is termed as light.
Can we form Dittis from all six senses? Not only from the eyes?

I’m sorry but @mat is mistaken here, what is usually translated as view in the suttas is “diṭṭhi” not “ditti”. Ditti is light, so although there may be some relation, in that one “sees” by means of light, the light and the seeing are not the same thing. Further, what is meant by diṭṭhi in the suttas is basically how we use view in modern English. That is to say, when we talk about a person’s views we’re not talking about what they physically see but “the way they see the world” —their worldview.

There are probably a lot of nuances with the usage in the suttas but I think that is probably the ground-floor meaning.

No, I did not mean light in the sense of something seen by the eyes. I meant it in the way the Buddha is called the ‘light of Asia’- it means wisdom and making apparent what was previously obscured. So it has nothing to do with the five sense organs, only the mind.

I’m not familiar with the ‘light of Asia’ phrase; ‘light of the world’ perhaps?

The light of wisdom though is paññobhāso, here wisdom is pañña as it is elsewhere and light is obhāsa: https://suttacentral.net/an4.144 .

Although there certainly are wise views, I’m not sure there’s any place where diṭṭhi means light or wisdom. 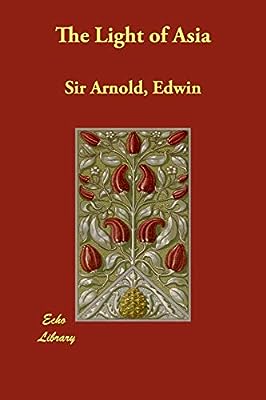 The Light of Asia

This is a reference to a Book about the Buddha, better known in Sri Lanka where I am and possibly Sarath is from. I was hoping he may have come across it. But yes, now the Buddha is a light to the world.

‘Right view & right resolve come under the aggregate of discernment’.

The etymology is thus similar to “theory”, although I do not know whether they are related.

“The English word theory was derived from a technical term in philosophy in Ancient Greek. As an everyday word, theoria, θεωρία, meant “a looking at, viewing, beholding”, but in more technical contexts it came to refer to contemplative or speculative understandings of natural things (…)”

Related concepts and fundamentals: A theory is a contemplative and rational type of abstract or generalizing thinking about a phenomenon, or the results of such thinking. The process of contemplative and rational thinking often is associated with such processes like observational study, research. Theories may either be scientific or other than scientific (or scientific to less extent). Depending on the context, the results might, for example, include generalized explanations of how nature works....

Don’t animals and children have self view?

Yea, I guess view sounds more like belief; when the idea is that these hypotheses should be tested, experientially.

This is the distinction between a “view” as such, and an anusaya, or underlying tendency. Try asking a baby if they have a view as to whether their soul survives the inevitable death of the body, and if so, in what form. Let me know if you get a good answer!

Views require sophisticated cognitive development. Until that is learned, what we have is the tendencies towards such views, something more like an instinct. In the context of rebirth, such tendencies are, of course, an echo of views formed in past lives.

The good thing about instincts is that no-one bases a political party on them and tries to exterminate everyone with a different instinct. The bad thing is that there is no ability to reflect on it and hence to transcend it. Views are an essential part of developmental growth, but we mustn’t get stuck in them or they go toxic.

The good thing about instincts is that no-one bases a political party on them and tries to exterminate everyone with a different instinct. The bad thing is that there is no ability to reflect on it and hence to transcend it. Views are an essential part of developmental growth, but we mustn’t get stuck in them or they go toxic.

Thanks.
So the views are essential part of development.
It appears that the views in Anusaya and Sanyojana ( ten fetters) are two different things?
What about views in Noble Eightfold Path?

Rather than think in terms of different things, it’s better to think in terms of stages of development or degrees of evolution. As you grow up, your views may change and evolve. Normally such views become more sophisticated and powerful (to a point). But that doesn’t mean they are either good or bad: it means they have more power to do good or bad. Ideally views are reflected on with wisdom and compassion, that is:

When this happens, they will evolve in a direction that tends towards right view. Counteracting this, of course is self view and greed, which are constantly working to distort the facts in order to serve the delusional ego.

They’re assessed whether they are a force for happiness or suffering,.

Agree.
Whole Buddha’s teaching is revolving around these two factors.

Views are an essential part of developmental growth, but we mustn’t get stuck in them or they go toxic.

Agree.
Many people do not know they got views.
They think views are real. (may be this is some thing to do with our system of education in schools and at homes)
This problem prevails in other disciplines such as science,medicine, economics and politics etc.

I wouldn’t be in too much hurry to blame the poor old educators, who at least try to inculcate some critical thinking skills and evidence-based rationality. There are plenty more toxic sources of views.

Don’t animals and children have self view?

There is the mirror test for self awareness - The mirror test—sometimes called the mark test, mirror self-recognition test (MSR), red spot technique, or rouge test—is a behavioural technique developed in 1970 by psychologist Gordon Gallup Jr. as an attempt to determine whether an animal possesses the ability of visual self-recognition. The MSR test is the traditional method for attempting to measure self-awareness. However, agreement has been reached that animals can be self-aware in ways not measured by the mirror test, such as distingui In...

As of 2016, only great apes (including humans), a single Asiatic elephant, dolphins, orcas, and the Eurasian magpie have passed the MSR test. …

From the age of 6 to 12 months, the [human] child typically sees a “sociable playmate” in the mirror’s reflection. Self-admiring and embarrassment usually begin at 12 months, and at 14 to 20 months most children demonstrate avoidance behaviors. Finally, at 18 months half of children recognize the reflection in the mirror as their own and by 20 to 24 months self-recognition climbs to 65%. Children do so by evincing mark-directed behavior; they touch their own nose and/or try to wipe the mark off.

I think at least some animals are capable of holding views in a general sense. The difference between animals and humans being more one of complexity or abstractness. Our ability to conceive of ideas using language makes a big difference. A cow might feel something like “I think the grass looks tastier over there” where as a human can reason “I am going to kill you because you don’t accept Jesus as your savior”. But truth is, I have no idea if cows have complex reasoning powers or not. According to the suttas, cows can think and birds are pretty smart too.

I once watched a horse use its teeth and lips to untie the knot in a rope that was being used to hold the gate closed on the corral it was in. It certainly wanted to be outside and also had the ability to understand the relationship between the rope, knot, gate, and freedom.