What is the corresponding reference for Itivuttaka III,30: 71-2 on Sutta Central?

You will need to consult one of those tables which reconcile PTS references with other possible systems.
There are a few topics on the subject here. Have you tried searching for it?

Yes I have tried searching for it… On numerous ocassions for things in the Itivuttaka, and have always given up. This time though, I’d really like to read the original (I only have a reference from a paraphrase)

hence my call for assistance.

In fact I’ve found a weird anomally. On the SC index under iti, this very one seems to be missing - it goes from

Thereby missing iti 30 (it appears that SC only has the John D Ireland translations avail at the moment) Bhante, is your translation slated for inclusion, or is it already there somewhere and I’m just too thick to find it?

Bhante @sujato, very sorry to trouble you, but would you be able to shed some light on this. lol… I did enjoy your talks on your new translation of iti… but that doesn’t help with the search…

Indeed, it seems we don’t yet have references itivuttaka suttas reconciled.
For reference, these are my usual sources when I encounter similar issues with references to DN, MN and AN suttas:

Navigating the Sutta Pitaka, A Simple guide to the Numbering Schemes

The various Numbering Schemes of the Sutta Pitaka and how they relate. 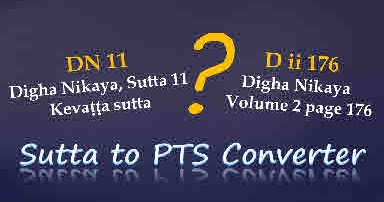 Knowing how Suttas are cited in various manners from the Nikayas

And just because it is sooo beautiful I share one here
# 73. More Peaceful

This was said by the Lord…

> Those beings who reach the form realm
> And those established in the formless,
> If they do not know cessation
> Come back to renewal of being.
>
> Those who fully understand forms
> Without getting stuck in the formless,
> Are released into cessation
> And leave Death far behind them.
>
> Having touched with his own person
> The deathless element free from clinging,
> Having realized the relinquishment of clinging,
> His taints all gone,
> The Fully Enlightened One proclaims
> The sorrowless state that is void of stain.

The one I was searching for is 79; Falling away

And not only did I find it, but it took me via so many other lovely suttas