What is Vitakka and Vicara? 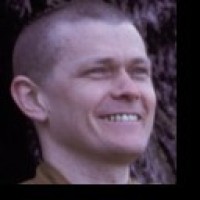 I shall give you a simile; for it is by means of a simile that some wise people here understand the meaning of what is said. —THE BUDDHA Here’s one of the most often contested issues in Buddh…

Hi Bhante
Thanks for the link.
I have read your blog but not the subsequent discussion.
It is quite lengthy.
Is it possible you to answer my question in few words?
thanks.

Is it possible you to answer my question in few words?

It appears above is one of the least understood words.

I don’t think it’s hard to understand; it’s just there are vested interests in misunderstanding it. People like to think that they’re in jhanas.

Is Vitakka and Vicara different depend on whether it is Samatha or Vipassana?

Do you find Vitakka and Vicara in non-meditative state. If so what is the difference?

Yes; it is less subtle.

Yes. It is directed to what is unwholesome or harmful.

Is Vitakka and Vicara different depend on whether it is Samatha or Vipassana?

Vitakka and Vicara are generally ‘thinking’ however in the context of jhana they have a different meaning, being ‘movements’ of the concentration of the mind rather than (verbal) thinking.

In MN 44, Vitakka and Vicara are identified as the ‘vaci sankhara’ or ‘verbal conditioner/processor’ because they are the condition or cause that creates speech.

Having thought and reflected beforehand, friend Visākha, he afterwards breaks forth with a word, therefore thinking and reflection is a speech process. MN 44

MN 19 further details how the Buddha stopped (verbal) thinking, reached one-pointedness & the 1st jhana, which shows that Vitakka and Vicara in jhana is not verbal thinking but something else.

…with excessive thinking and pondering I might tire my body, and when the body is tired, the mind becomes strained, and when the mind is strained, it is far from concentration. So I steadied my mind internally, quieted it, brought it to singleness (cittaṃ ekaggaṃ) and concentrated it. Tireless energy was aroused in me and unremitting mindfulness was established, my body was tranquil and untroubled, my mind concentrated and unified. Quite secluded from sensual pleasures, secluded from unwholesome states, I entered upon and abided in the first jhāna… MN 19

And what, monks, is right concentration? Herein, secluded from sense pleasures, secluded from unwholesome states, a monk enters and dwells in the first jhana, which is accompanied by initial and sustained application of mind and filled with rapture and happiness born of seclusion.

What I’ve been taught on this matter is as follows:

“Born of seclusion” is referring to seclusion from the 5 external senses. Prior to this one needs some degree of kayaviveka or bodily seclusion; thus one needs a relatively quiet, uninterupted spot in which to meditate. Then the 5 senses are said to turn off and one is said to have cittaviveka or mind seclusion. This is referring to the 1st Jhana. Within this Jhana, apparently there is still a subtle movement of the mind which is not thinking; Ajahn Brahm refers to it as a “wobble”. This is probably the subtlest form of vitaka-vicara. Thus the 1st Jhana, which still has this vitaka-vicara is the one that is “born of seclusion”.

It is through the first Jhana that one enters the 2nd Jhana. Thus it is the samadhi (concentration) of the first Jhana that is the foundation for entering the 2nd and that is then the foundation for the 3rd and so on. The 2nd Jhana and the other Jhanas are born of the stillness of the 1st. Moreover, that subtle wobble of vitaka-vicara is completely abandoned when one leaves the 1st Jhana and enters the 2nd.

My sources are Ajahn Brahm and the Suttas…however, I may have remembered incorrectly…so please forgive any errors!

Can I say a murderer hiding in a cave to be in first Jhana?
If not why?

Bhante @sujato, how are you translating vitakka and vicara in jhana? Have you managed to get rid of ‘object’ in “movement of the mind onto an object” and also maybe found something shorter?

Can I say a murderer hiding in a cave to be in first Jhana?If not why?

I found the answer to my own question.
What Sutta say is:

And what is right concentration? There is the case where a monk — quite withdrawn from sensuality, withdrawn from unskillful (mental) qualities — enters & remains in the first jhana: rapture & pleasure born from withdrawal, accompanied by directed thought & evaluation.

So what I understand is when you are in first Jhana you have the skillful mental qualities. The way I understand it is the investigation of Four Frames of Reference.

I gave up trying to find a word for word rendering, and instead freely translate the sense:

placing the mind and keeping it connected

I’m not 100% convinced by this, but it seems to work reasonably well so far.

I gave up trying to find a word for word rendering, and instead freely translate the sense:

placing the mind and keeping it connected

I’m not 100% convinced by this, but it seems to work reasonably well so far.

Since people seem to really like being in the first jhana with thinking and examining, I like the idea of translating the sense.

Initially this rendering seemed pretty good to me, but after a few minutes, ‘placing’ and ‘keeping’ started to have big connotations of using the will. Ajahn Brahm seems to describe them more in terms of “it just happens all by itself and you don’t and even can’t do anything”.

it just happens all by itself

What I understand is when we contemplate on Anicca, Dukkha and Anatta, the mind naturally get concentrated.

Yes. It is directed to what is unwholesome or harmful.

[quote=“sujato, post:14, topic:3148”]
I gave up trying to find a word for word rendering, and instead freely translate the sense:[quote]placing the mind and keeping it connected
[/quote] [/quote]

Since people seem to really like being in the first jhana with thinking and examining, I like the idea of translating the sense.

Initially this rendering seemed pretty good to me, but after a few minutes, ‘placing’ and ‘keeping’ started to have big connotations of using the will. Ajahn Brahm seems to describe them more in terms of “it just happens all by itself and you don’t and even can’t do anything”.[/quote]

Although 1) this thread is a bit stale now, and 2) individual descriptions and interpretations are widely varied (conditioned), I’m motivated to add this perspective, formulation of one person’s experience to support what raivo mentioned:

Vitakka & vicara getting to jhana:
Placing / directing the mind (vitakka) and keeping it connected / holding it there (vicara) I experience as the step moving from access concentration (mind floating in absence of hindrances) towards absorption, which I understand as entry to jhana. I think of this as a sort of “working” one-pointedness. It involves a kind of effort, determination, as well as a kind of relaxing, letting go, s/w paradoxically, as the directing & holding gradually results in more firm attention, becomes more automatic. Using subtle breath
sensation at the nostrils (from Pa Auk Sayadaw type training), at some point a nimitta forms, emerging sort of around the object and gradually overshadowing it; in my case often a kind of fuzzy s/w visual and tactile cloud, like one of those hazy rectangles in Rothko paintings. With sustained focus on this, it seems to gradually come closer, gets larger, and, at some point it “swallows” the mind, or the mind “falls into” it (images from a monastic teacher who guided me through it). This I understand as absorption, where the nimitta suddenly seems to be outside enclosing the mind, and there’s a kind of physiological shift felt in the mind-body (nervous system). And, as quoted above from Ajahn Brahm, this “just happens all by itself”.

Vitakka & vicara getting within 1st jhana:
(Similar process as above when intended towards any jhana, but considering here 1st jhana as vitakka & vicara still play a role.)

1st jhana is still s/w fragile; sensory stimuli are still noticeably present, though outside of that enclosing sense, but aren’t allowed to rouse mental response; they seem to bounce off the surrounding nimitta acting as a kind of shield. So continued focus and holding to nimitta-object is still necessary to strengthen the state (like kneading soap from powder and water?); if it weakens, slipping out of absorption, even going back to the breath sensations to help get back in, though they are now very even and continuous.

Enough practice with this and, like playing music passages, it becomes more and more automatic, to the point where quasi-active attention is no longer necessary. That’s then 2nd jhana, where the one-pointedness is “established”, doesn’t need to be worked-at anymore, is fully “automatic”. With continued practice, the “feeling” of absorption becomes a memory that can be evoked almost immediately; one can skip parts of the process and go right in. (And this, I find, works too in vipassana khanika samadhi that Mahasi Sayadaw writes about – I find there’s a common core across several “different” concentration methods.)

Going on here at such length with quasi phenomenological description / analysis of my own experiential viewpoint is also in case it is due some constructive criticism from more advanced understandings of anyone in this forum.

The first important quality to take note of is that these are VERBAL fabrications, i.e. they have no function in shifting attention.

The next important quality of note, is that they are verbal FABRICATIONS and not the words themselves. I.e. they are ‘pre-verbal’ components of verbal thought, which can be distinguished by a finely attuned mind, in the first jhana (it would be too ‘noisy’ before the first jhana).

Another important quality is that these verbal fabrications, rapture (Piti), bliss (Sukha) and concentration are all experienced mixed together much like the ingredients in a tea-cup.

The ONLY way to ferret out which quality is which is to have developed Mastery of the First jhana, in which the practitioner has the capability to absorb into a jhana factor of their choosing, in this case, either Vitakka or Vicara.

To use a similie, Vitakka is like having a document saved in your computer ready for opening. Having the text editing software open, yet without a file, is Vicara. Retrieving the file and reading it in the text editor would be verbal thought itself.

This is how I understand it to be.

A related question I have had is that some scholars seem to believe that vitakka and vicara initially meant more or less the same thing, and that therefore the distinction between them is a later development, perhaps occurring in the abhidhamma. I believe Leigh Brasington makes a point like this, and IIRC so does Walshe in a footnote in his translation of the DN, though I don’t have it before me just now.

If so, what would that original meaning have been?